Dynamically change the Standard Task ID without creating separate step. This is used to create different folders in SAP Inbox which helps the SAP User to identify work based on crietia for which the Task is created. This is heavily used for enhance SAP Inbox to have similar functionality as SAP Opentext VIM. 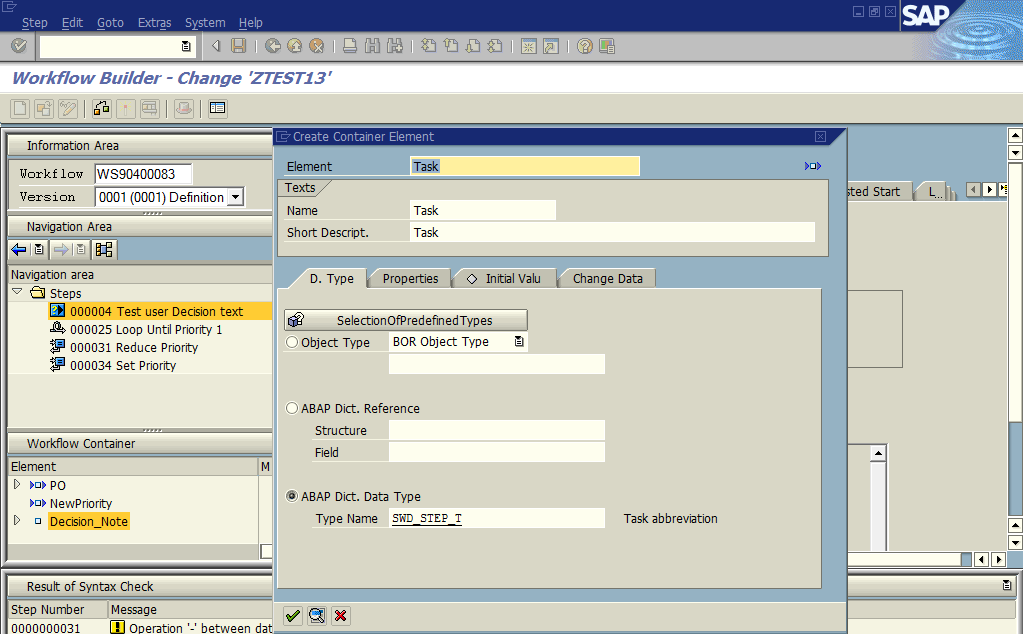 First create the above container element

Then Locate the task where you wish to have the enhancement. Please read it before using. Important thing the interface should be the same of both task ideally it should be a copy with some changes.

By using the Ad hoc: Include “Swap Task” wizard, you can create an activity that an agent can use at runtime to select the task to be used in this step from a task group.

FYI Moderator The above documentation was copied from SAP as it cannot be properly taken in a screenshot. 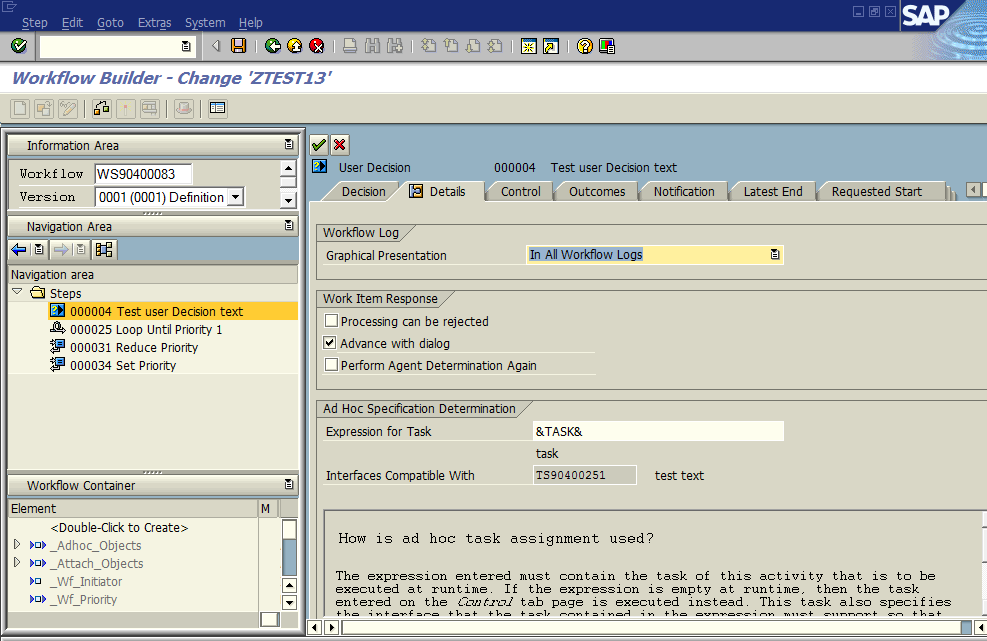 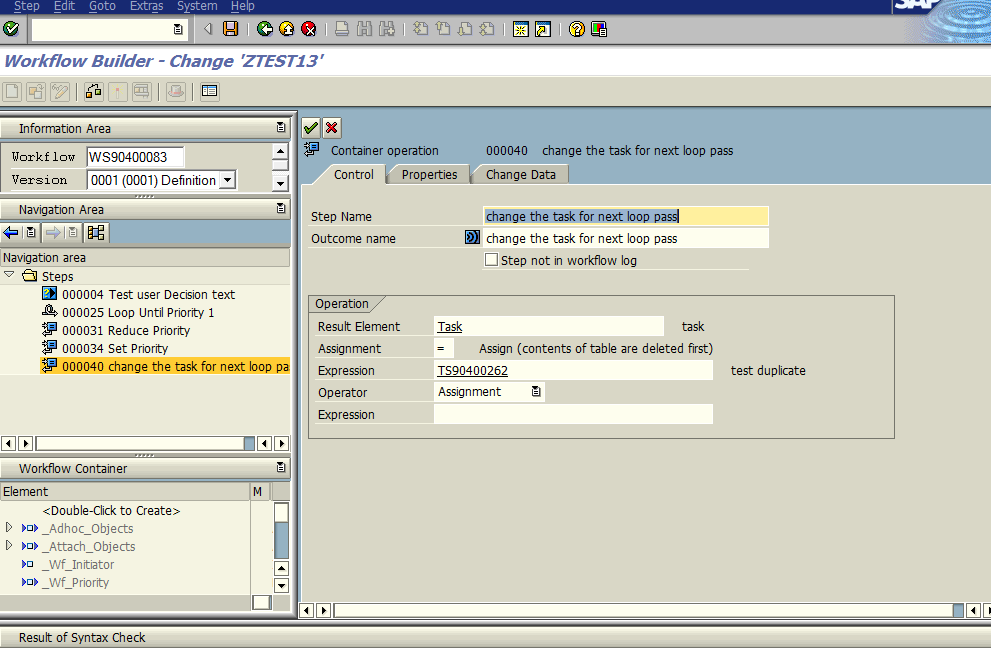 The contaner element is assigned the above task Id Here is the original task Id that will be swapped by the below task id. 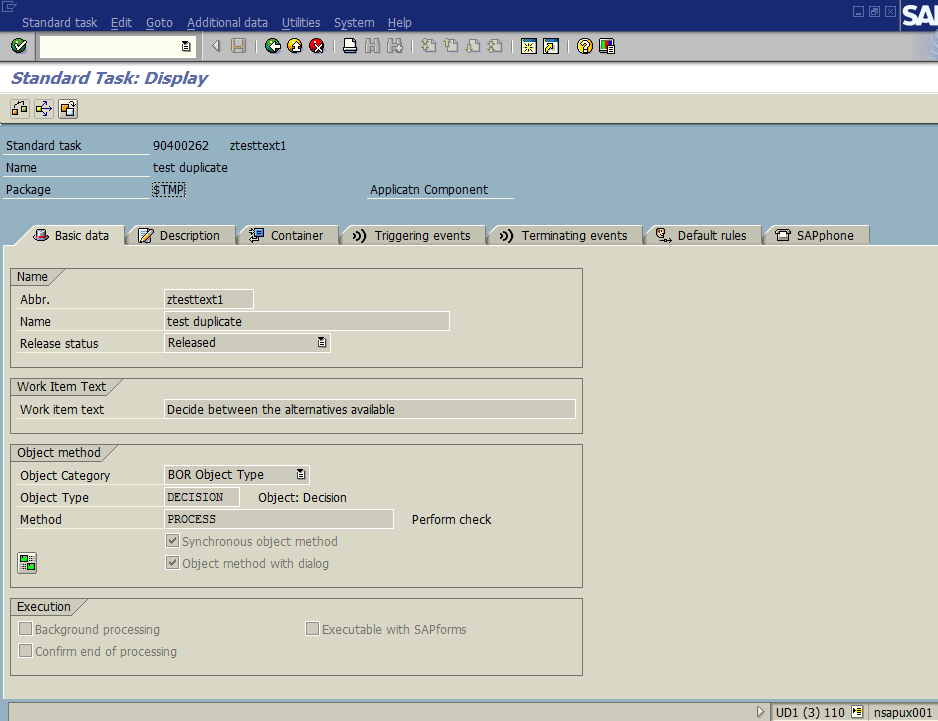 Here is the design 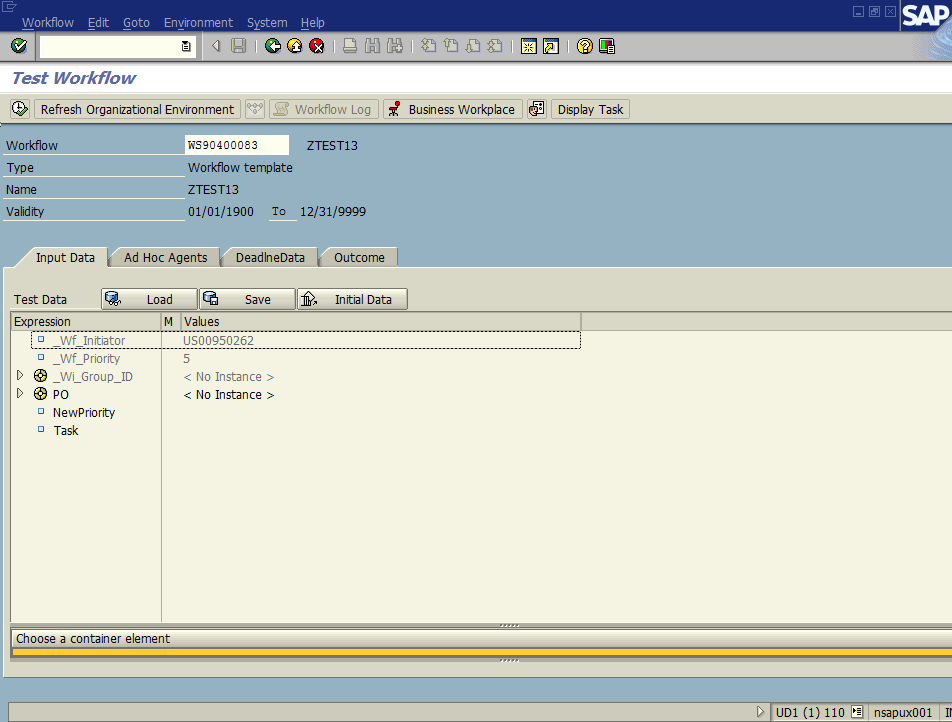 Execute and check in SAP Inbox 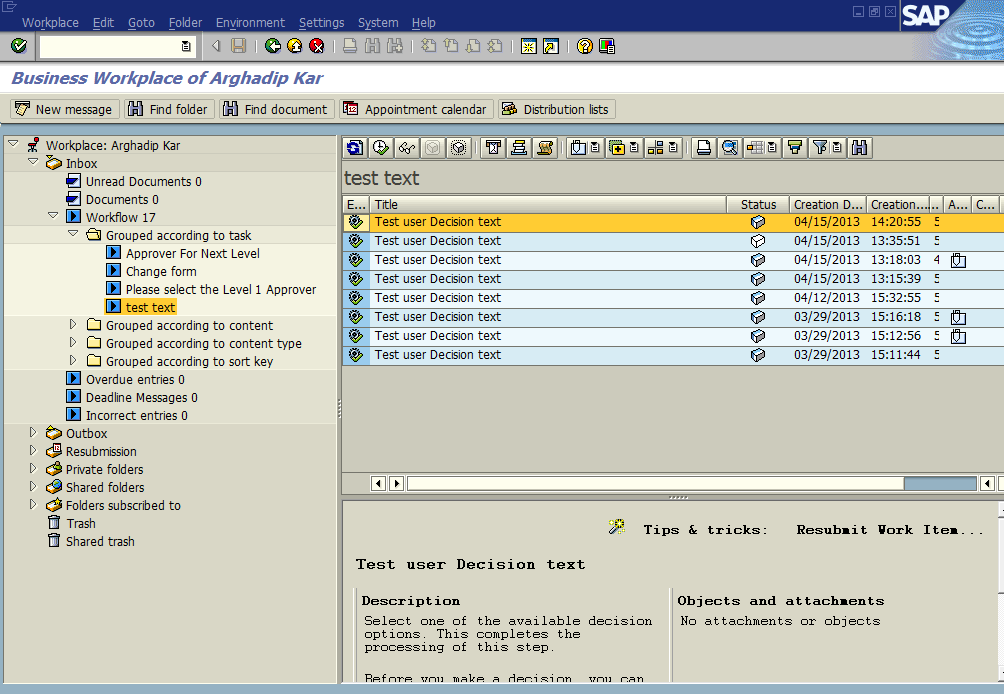 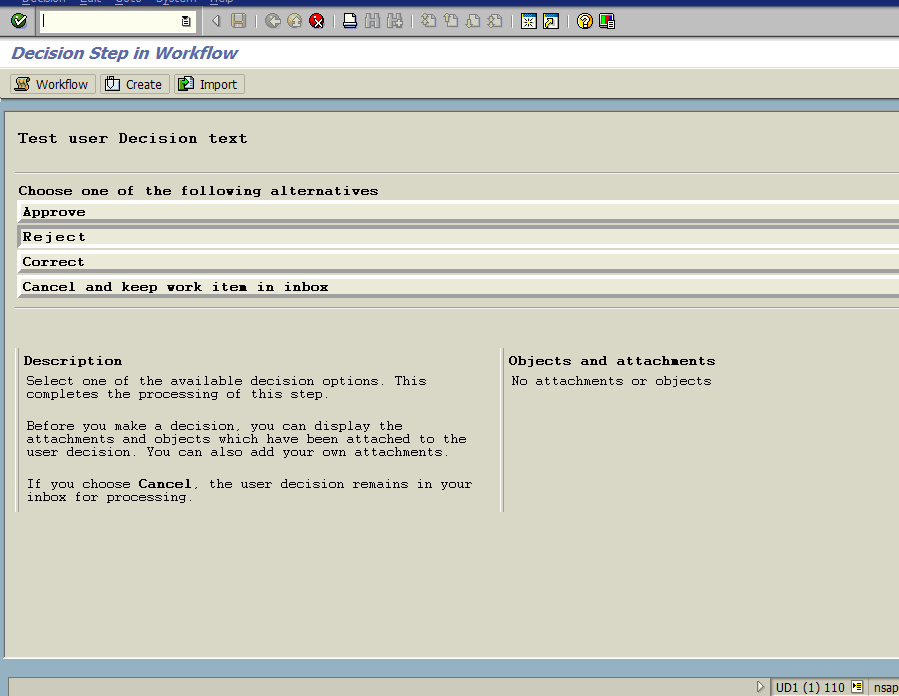 Please note that the next workitem will appear in a different folder test duplicate. 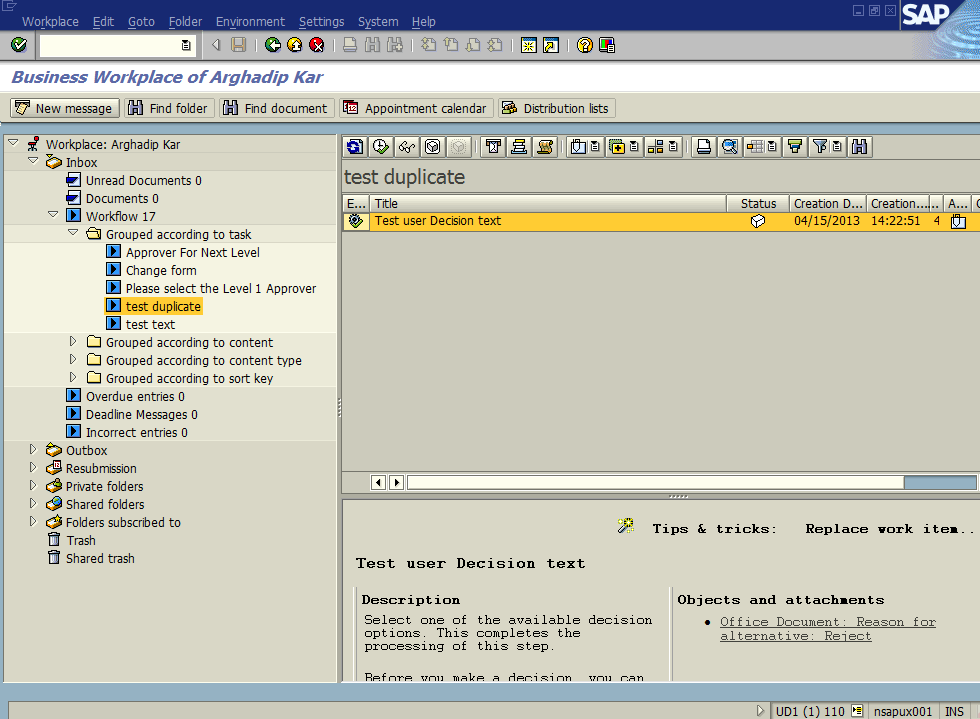 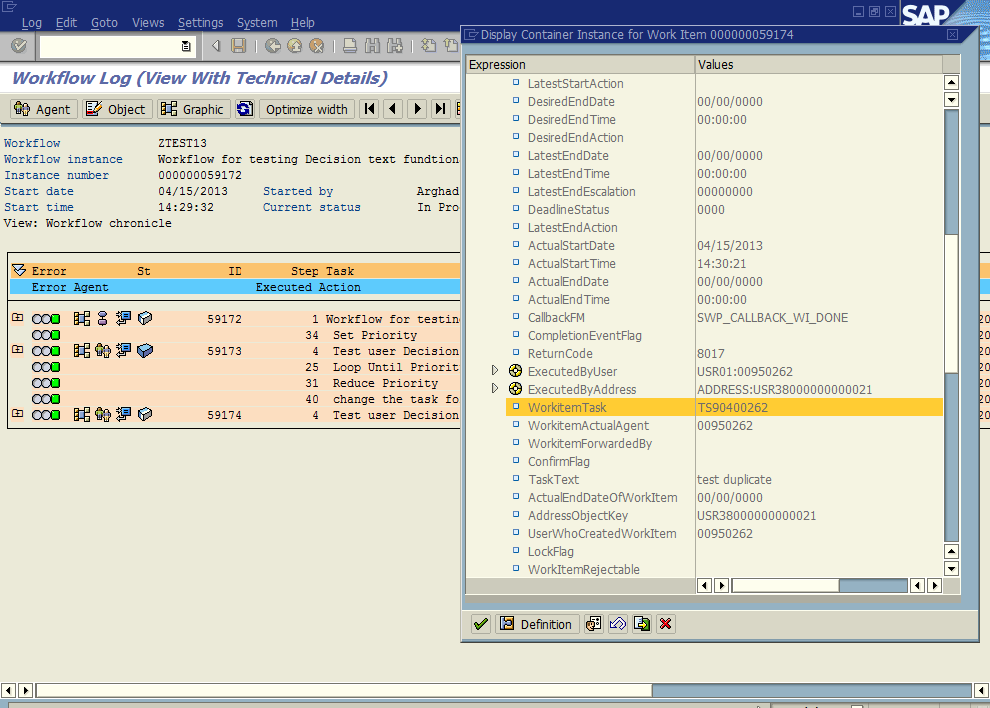 This is very helpful when the client wishes to have different folders and not use dynamic columns instead. It gives them the same feeling of SAP OpenText Vim with flexibility to enhance