SAP’s RTDP (Real Time Data Platform) includes a portfolio of products that will make you company have extreme data management capabilities and SAP Sybase Replication Server as one of the products shipped in RTDP is being evolved constantly to accommodate new functionalities and improve performance. In today’s post I’d like to go through one of these new functionalities in SAP Sybase Replication Server version 15.7 called Multipath Replication (MPR from now on).

Using MPR you can replicate data through different streams preserving both data consistency and transaction consistency within each of those streams called paths. It is important to note that objects with dependent transactions should not be bound to multiple paths, this is because commit order is not preserved across different paths. MPR has been implemented for two main targets:

In the following picture we can see a scenario with normal replication from a primary DB to a replicate DB describing a situation that can lead to high latency in Replicate DB:

As the following picture shows, in a situation like the one described above we can solve the latency issue using MPR:

In latest Rep Agent versions you have the availability to have several rep agent senders per database, and thus create several replication streams, splitting replication for objects across them binding those objects to concrete paths.

Following scenario describes a SAP Sybase Replication Server system similar to the one in the picture above with next characteristics:

In this system “admin who” would show the following information: 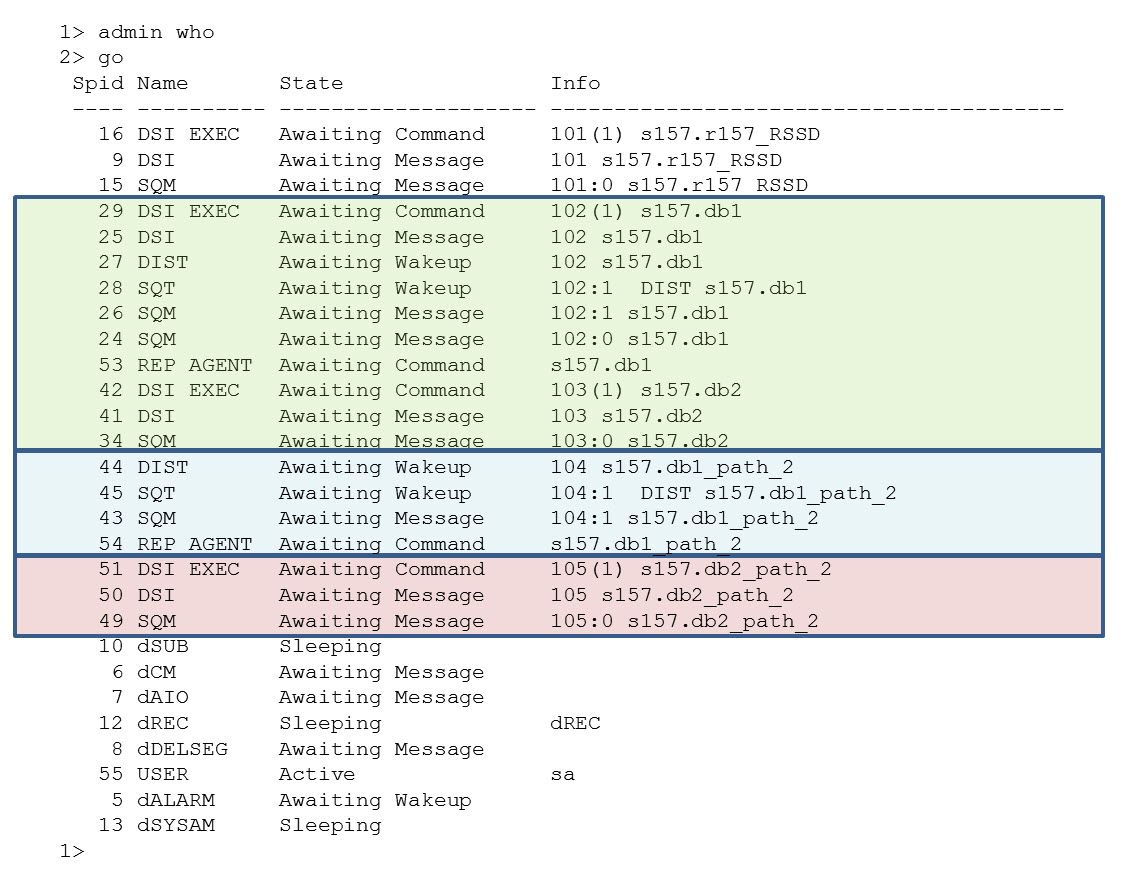 To set MPR to replicate t2 from db1 to db2 through 2dn path:

with all tables named t2