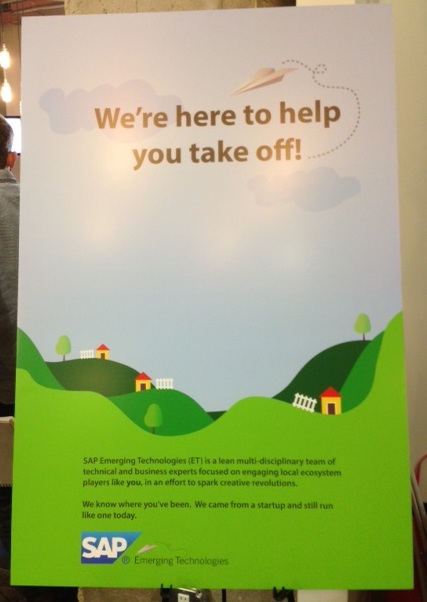 Question:  So what happens when you get over 100 people in a room to listen to over 40 pitches on a Friday night?

Proof:  SAP was awesome enough to sponsor Kitchener-Waterloo’s first ever Kauffman Startup Weekend hosted by Communitech.  The audience was varied — some were students, some came from start-ups, and some were even full-time employees at larger companies.  All came with the common purpose of trying on start-up shoes for the weekend.  I was a little bit wary of what level of participation to expect for this event considering (1) who wants to give up their weekend to work like a dog after already putting in a long week’s work AND (2) pay for the privilege of doing so (a small admission fee was charged to participate)?.  So I was really blown away when there were over 100 people that showed up on Friday night to do just that!

To begin the night, everyone was given the opportunity to pitch a business idea.  Approximately 44 people pitched (wow!).  The ones that were successful in getting their ideas across were obviously memorable (people had to recall their idea out of the other 43) and clearly articulated.  After everyone voted on the ideas that were liked best, teams were organically formed. Some teams needed business folks, others developers and designers.  Some ideas died in this stage due to lack of resource support, just like in the real world. Finally there were 12 start-ups left to work through the weekend to come up with a viable business idea that was confirmed by customers and executed with a minimal viable product (MVP).  People within SAP should be quite familiar with this approach – as we execute a similar one within our Design Thinking methodology (essentially finding innovations at the intersection of desirability, viability, and feasibility characteristics).

So what did we do as SAP throughout this weekend?  Believe it or not, we were not there to steal their ideas as someone slyly suggested to me. We were actually there to: 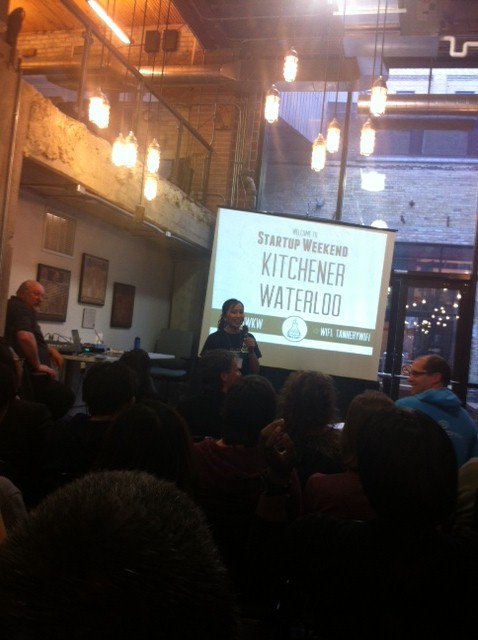 So what did I learn from being a sponsor, a mentor, and a general spectator?

So like in real life there are winners and losers, and while only 3 start-ups took home prizes at the end of Sunday, I think a lot more was gained from everyone who participated.