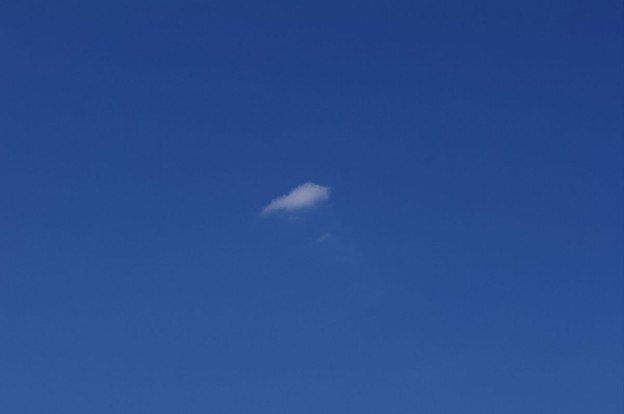 The other day I was chatting with someone in 140 character snippets about some of my thoughts on the things that may come to pass. I’d also alluded to my thoughts in much the same space at the “cloud” panel at the SAP Inside Track day at Melbourne (kindly hosted by the nice folks running the Mastering SAP Technologies conference.)

So I thought that rather than just let those words vanish into the air, I’d instead write them down so that sometime in the future someone would have the possibility to point out how wrong I was with absolute certainty.

I am a strong believer that companies have, and will continue to have a need to build system based processes that are different from company to company. The idea that they will all adopt the same solution because it is “best practice” and the cheapest to use and manage is, to me, very unlikely. Companies will continue to change, vary and improve those processes that they believe bring special value to their business. In many businesses (but certainly not all) I believe that the area that they will need to innovate on is “people”. As repeated by Mark Souter at the recent Mastering SAP HR & Payroll conference and potentially originally by Eddie Barrett from Deloitte (I can’t find any earlier references than 2008!) “The war for talent is over, talent won.” Companies that don’t innovate above and beyond the offerings that SaaS providers give them will lose a competitive edge.

Right now, I’d say that adopting a “vanilla” SaaS HR product (especially one that is currently rated as “market leader” – if you haven’t seen the tweets or don’t get the references then the SuccessFactors team not been doing its job properly

) would probably give most companies an edge over their competitors, but this will not endure long term.

The thing that has made SAP so well loved by enterprise, has been its ability to allow for enhancement to the vanilla “best of breed” model. Now we all know of cases where the addition to the vanilla was more cod-liver oil than raspberry jam flavoured and the resulting mess has been a support nightmare, but this is not always the case.

Cloud SaaS solutions will naturally evolve (as they aim to replace the on premise models that we have been so used to using and enhancing) such that we will be able to write our own business logic into them. In many cases this will be more configuration than code. And I’m sure that we will see much more care taken with the underlying core of the solution so that it can’t be broken as badly as many on premise solutions have. (After all, one hopes that we’ve learnt something from all these years of wasted effort.) But unless the cloud solutions offered by SAP allow for enhancement, then someone else will build cloud solutions that can be enhanced (natively) and SAP will be either forced to purchase them or lose the enterprise market.

I see SAP HANA Cloud PaaS as the first real step on this journey of SAP SaaS enhancement. I’m fully onboard this train, and I see it accelerating pretty darn quickly.

Running a hosted legacy enterprise solution and offering it as “cloud” is pandering to the uneducated or at best a stop-gap solution.

Ok so this isn’t so much a prediction as a rant. I think any software vendor that offers both a standalone on-premise install of software and a cloud version that are identical in function do not have true cloud software on their hands. The agility of cloud based software should be in its ability to scale, be elastic and to take advantage of the capability to spike to big resources to do amazing things. That sort of agility can’t be used by software that must work within defined hardware limits. If the software is supposed to function equally well in both scenarios, it clearly hasn’t been built to take advantage of the cloud (and never will be able to!)

Current batch process based time and payroll processing is an anachronism and will be replaced.

If SAP aren’t busy building a HANA based payroll with a skunkworks team somewhere, someone else ought to. (If anyone reading this wants me to help form such a team…) With the power of HANA to close to instantly calculate the impacts of any change in circumstances of an employee and resolve their payments for the next n-years, there should be no need for a “pay-run”. Pay would already have been run! Payroll processing would instead be a consolidation/audit process where data entry was checked and variations explained (part of current processing) but the bit where the system was offline for hours to enable the processing would no longer be required. No-SQL has offered this tantalising possibility several years earlier, but the idea of having an eventually consistent payroll by using a map-reduce type approach would have been enough to make most auditors suffer cardiac arrest (much as both ideas might be appealing, you can see why this hasn’t been adopted.) With HANA offering a fully consistent SQL model and the possibility of near real-time evaluation of results there is a new option. Add into this mix the ability to scale up to a cloud sized resources with the ability to elastically scale as demand requires and the possibilities start adding up. Imaging being able to model people movements in your enterprise and have the exact dollar amounts that this would mean. Rostering optimisation would become much less of an art and much more of science.  The space that SAP ceded to third party time management and rostering solutions (such as workbrain) would be ripe for competition, if the payroll and time management functions that currently are batch based became either on-change calculated or close to real-time available.

SAP’s current payroll system is “world-class” I don’t think anything else can do payroll in so many countries. (At least this is what I’ve been told and I haven’t seen convincing arguments otherwise.) But it is based on an architecture that was designed for systems that had less computing power than the desktop computer that I’m writing this blog on (sorry not using my tablet today

). If SAP want to retain their world class ranking then they need to innovate and rebuild. I’m pretty sure that there is a little team at the very least throwing ideas around on how to achieve that. I predict that by 2017 we will see a HANA based cloud payroll and time management solution(whether built by SAP or a partner, I’m not sure) that will put the current SAP on premise based solutions to shame.

With the possibility to “enhance” the cloud, will come the wider desire for ERPs to be fully cloud based. It doesn’t make sense for any organisation to have to worry about IT infrastructure when cloud offerings are available. I’m just waiting for an analytics firm to write some software which figures out which organisations are still using their own email servers and then starts discounting their share values due to their inherent technical stagnation. (Am I being too harsh here? I’m not sure.) I predict that a HANA based cloud ERP solution will be available for SAP customers by 2020 which will have more functionality than the on-premise solution. In the run up to this, each LOB solution will have a SAP HANA cloud based solution built or purchased and adapted that offers as much functionality as the current on premise model. The work will be in the integration of all the LOB cloud solutions so that they can work as a cohesive ERP.

It is on the work towards a cohesive solution where I believe that SAP spent worthwhile money on SuccessFactors. The SuccessFactors BizX suite including SAP Jam and Employee Central aren’t in anyway built in a homogeneous manner by the same team using the same data model. Rather they are a collection of heterogeneous best-of-breed solutions sewn together to make an even better whole. It is the experience and ability of the SuccessFactors team to take heterogeneous solutions and make them appear as a homogeneous whole to a user that is valuable. (You could argue that they could do a better job, but like Einstein famously said, kissing and driving fast cars at the same time ain’t that easy. As far as I’m concerned it’s a lot nicer than other stuff I’ve had to work with recently.)

Now, I’ve heard some fairly vocal people argue that having a good object based data model that allows for easy cross-component use is essential for any to-be successful SaaS solution. I disagree. It’s how it works for the end user that counts. And the thing is, no matter how beautifully you design your solution, there is always going to be someone that build a little part of it better. If you can’t purchase/partner with that amazing start-up and bring them into your system, well, someone else will. A couple of amazing start-ups later and the most amazing system (from the end user point of view, which is the only one that counts) isn’t the beautifully designed one, it’s the one that can bring all the best bits together, no matter who built them or how they built them or what data model they used.

I may be completely wrong with my thoughts. I’ve never considered myself to be a futurist – sounds far too wanky for me. So I’m certainly not very scientific about how I’ve formulated these ideas. But I do think we are on the point where the enterprise software market is turning. And it’s turning towards the cloud.

Or these thoughts could be just a load of wishful BS.

This post was orginally posted at http://www.wombling.com/cloud/blue-sky-thinking/ but I thought it has a lot of relevance to SAP so here it is recreated. As per usual, these are my thoughts, my ramblings and posted in the thought that no-one is going to take them too seriously. Please hold me to account for my predictions, but don’t expect them to come true. Feel free to let me know your thoughts around this area. I try not to offend, but if I do, sorry, I didn’t do it on purpose.