UA Team India’s journey on HANA awareness had its next stop at BMS Collegeof Engineering, Utsav festival in Bangalore from 12th-14th April. The Utasv event had an overall participation of around 5000 students with UA being the Innovation Sponsor. The UA team had set up a booth to talk to students on HANA, HANA Academy, UA program and Techniversity and shared information for students to register on Hana Academy at the event and got the opportunity to reach out to 2150+ students and 12 professors out of a total participation of around 5000+ students.  On the Spot Quizzes on HANA on all 3 days at the booth created some excitement among the students who won were given SAP premiums like T-Shirts, Pen-drives. Around 300 students also got to hear Mr Hari Prasuath from SAP Labs talk about SAP HANA at lecture sessions organized on 12th April 2013. The Speaker session also showcased videos on SAP HANA – highlighting SAP HANA Academy to the students. The students were shown demos such as Next Generation Explorer on HANA and the iPad app on McLaren F1. A preview of Techniversity 2012, Bangalore was also shown to the students at the session. 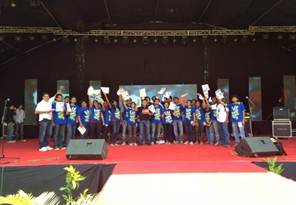 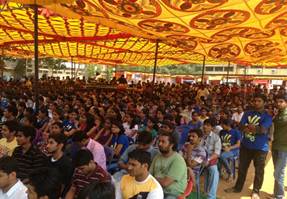 With a big global goal of reaching out to a million students, SAP University Alliances India team in association with SAP Labs would make its 9th stop at BMS College of Engineering, Bangalore Campus to participate in their Annual Cultural Festival called Utsav 2013 from 12th to 14th April 2013. SAP University Alliances is the Innovation Partner at the festival and would reach out to a large number of students to spread the knowledge on SAP HANA and other SAP topics. UA would set up a booth where students can learn more about SAP and SAP University Alliances and the Techniversity IT event for students community. The students would also be handed brochures on SAP UA and the handouts on SAP and would be informed on the SAP Community Network portal for students to explore their career options in the SAP ecosystem.

Apart from the booth we would also have Mr Hari Prasad from SAP Labs Bangalore join us and deliver a lecture session on SAP HANA and SAP related topics at the conference in front of a large number of students. There would be some fun events for students like the On the Spot Quiz competition with lot of SAP goodies to be won. 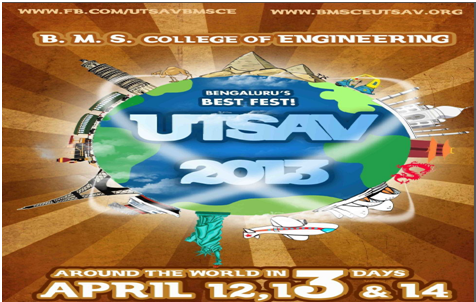 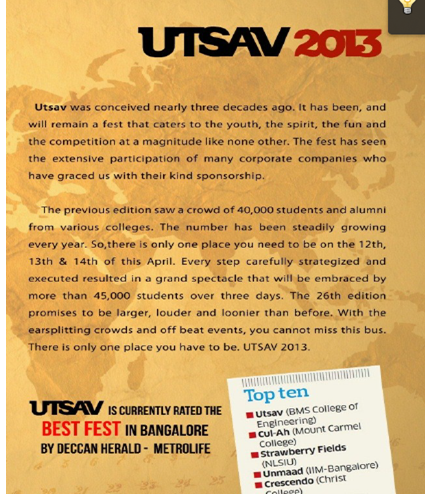 The B. M. Sreenivasaiah College of Engineering, is one of the most reputed engineering college in Bangalore,Karnataka, India. The college started in 1946, was one of the first private sector initiatives in technical education in India. Popularly known as “BMS”,
it is located on the Bull Temple Road, opposite to the famous Bull Temple.Though a private engineering college, it is partially funded by the Government of Karnataka. It has the largest student population of engineering colleges in Karnataka, drawing students from other states of India and abroad. Nearly 30,000 engineers around the world hail B. M. Sreenivasaiah College of Engineering as their Alma mater. One of the oldest engineering colleges in Karnataka, it recently celebrated its “Diamond Jubilee” in 2006. It is also known for the annual inter-collegiate Techno-Cultural festival UTSAV, one of the prominent student-managed fests in the country.