Of course, this was tough for me to do as my team Kansas lost last week to Michigan, but as Scarlett O’Hara famously said at the end of the great book “Gone with the Wind”, “after all, tomorrow is another day”.  Such is life, and now I am over my team’s loss.

So now I am looking at the Final Four teams using the latest release of Visual Intelligence 1.0.9 and I decided to use “Trellis Charts” which show measures on individual charts.

First I acquire the data from Nic Smith data set 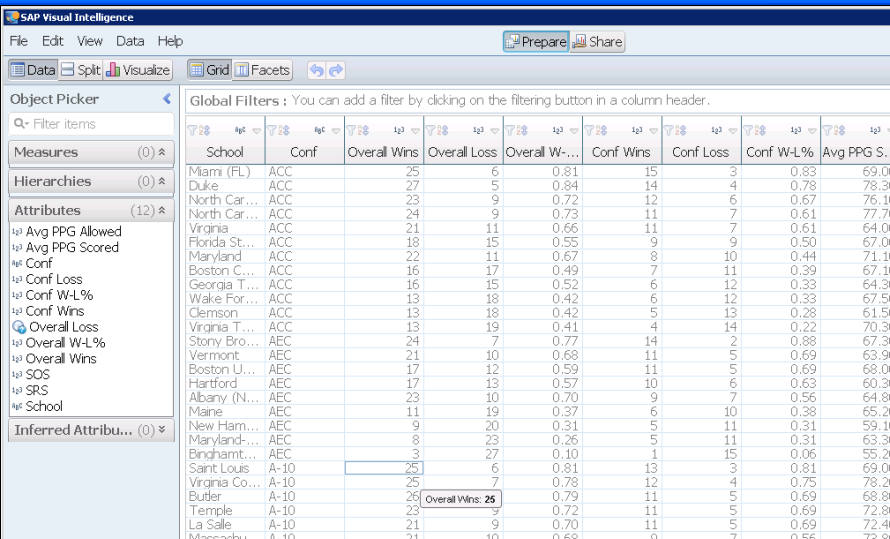 Then I filter to select only the Final Four teams

Notice in Figure 2 that two of the Final Four teams are from the Big East conference – my earlier analysis in Visual Intelligence showed that the Big East was strong but the Big Ten was weak.

Then I use semantic enrichment for the measures, select Visualize and drag items over to the chart. 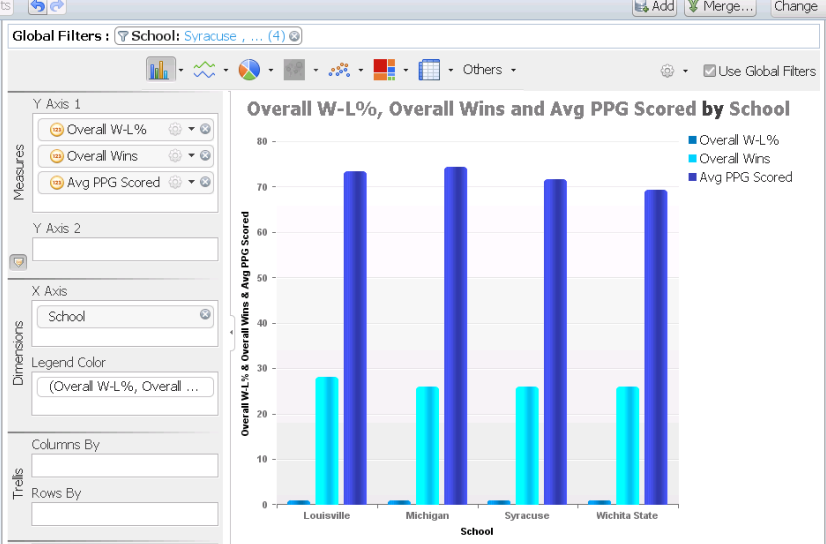 Figure 3 shows the 3 measures on a chart but doesn’t make for easy comparison.

So I am using a new feature in 1.0.9 Visual Intelligence by creating a trellis chart, which is new in 1.0.9, and I used a tutorial to help get me started. 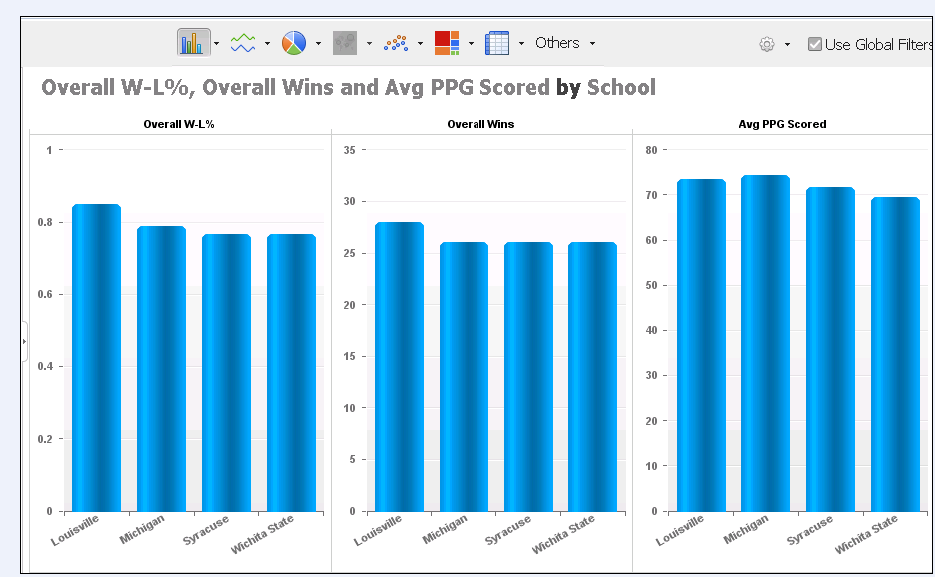 Figure 4 shows a trellis chart, and it appears that Louisville may win it all based on win/loss percentage and overall wins, but Michigan has the edge in average points per game scored.

I also used another new 1.0.9 feature to create a calculated measure from existing measures – the ratio of conference wins to losses: 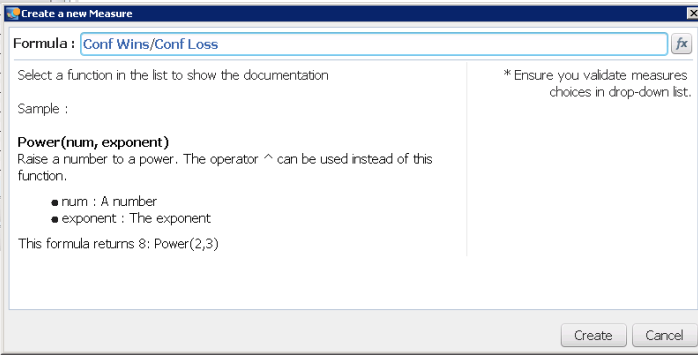 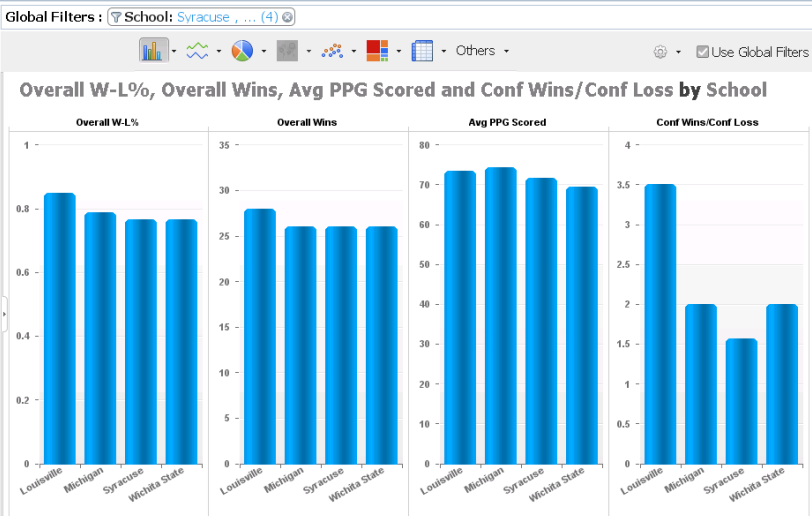 Nic says Michigan has a slight edge but the measures I looked at it appears Louisville has the edge.  Now, I am looking forward to Sam Ko analysis.

Stephanie Redivo has set up a May 7th ASUG Roadmap Webcast on Visual Intelligence with Mani Srinivasan – it is open to all with an SMP logon – register here.