is given by the user. This has its disadvantages such as

will give their own naming which may not follow the naming convention.

creating them which follows the naming convention.

The BADI used for implementing the numbering routine is PLM_AUDIT_IDENTIFIER.

Don’t have to do manual numbering, and therefore more effective – will also remove the risk of someone trying

to introduce a system in the numbering, which then could raise demands on reporting etc.

Select the audit object which needs to be created from the options displayed after pressing the create icon.

The audit objects can be created by two ways. 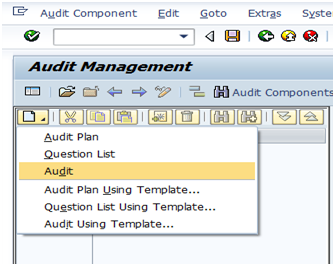 Provide the name of the object (before numbering routine is implemented). 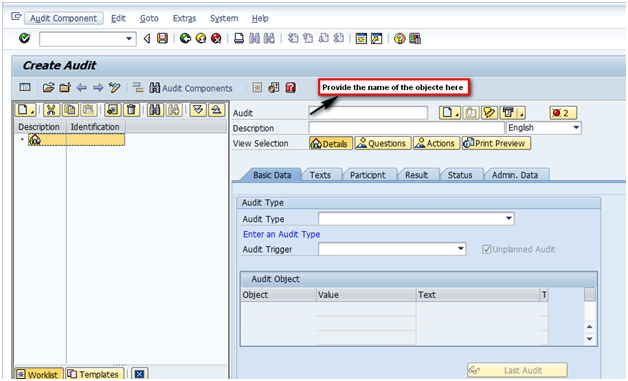 Provide the necessary values for the audit and save. 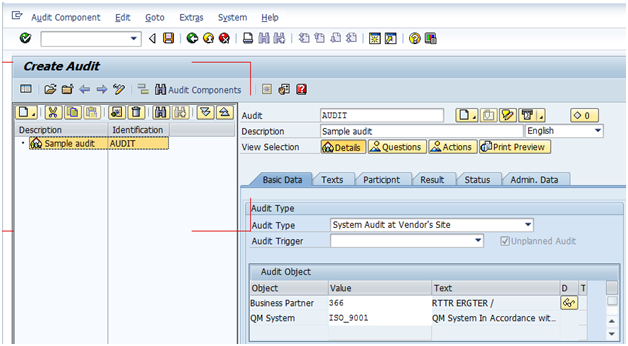 Go to the BADI: PLM_AUDIT_IDENTIFIER   and create an implementation (Ex: znumbering).

Go to the method GET_EXTERNAL_ID and implement the numbering routine.

There are different audit object for which the naming convention has to be unique.

The different audit objects and their object type are listed below.

Parameters of the Method GET_EXTERNAL_ID

IV_OBJECT_TYPE: will contain the object type of the audit object.

IV_EXTERNAL_ID: contains the name of the Audit object if the name was given.

IR_PARENT_OBJECT: Contains the parent object of the audit object

EV_EXTERNAL_ID: will be used to set the numbering for the audit object.

the numbering from the number range object.

Provide the name of the number range object and press create. 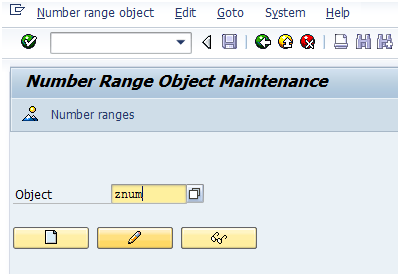 Create the intervals and save. In my case I have created four intervals each for the object type’s AUP, AUO, AQN, COR. 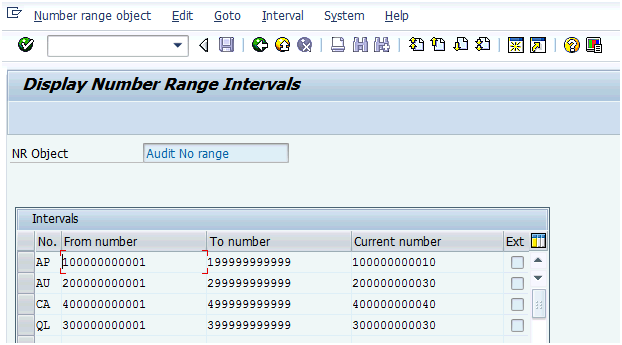 4.2  Creating the numbering for the audit objects

NR_RANGE_NR and the number range object name in the parameter OBJECT. Retrieve

the number from the parameter NUMBER.Concatenate the interval name and the number

into the export parameter W_EXTERNAL_ID of the method.

Check for the input object type.

Based on the input object type call the number range object

own logic to generate the internal numbering.

user can’t able to overwrite the generated naming.We need to use the method

using the below logic.

numbering will be incremented by 2 from the previous number. Hence a check

must be performed so that the Number range object was called only once.

be AUO instead of AQN. This should be taken care by checking the parent object

type with the import parameter object type. If object type is AUO and parent object