The View on Google Glass

They look like something out of a Sci-Fi movie but they are very real. Think Apple’s Siri, built into glasses. Google Glass is the latest gadget to set the tech world abuzz. With the launch of the #IfIHadGlass viral marketing campaign in February, Google prompted thousands upon thousands of people to take to Twitter in hopes of getting their hands on a pair. To become a potential “Glass Explorer”, candidates were asked to write creative thoughts of what they would do with Glass. So how has Google Glass been received? 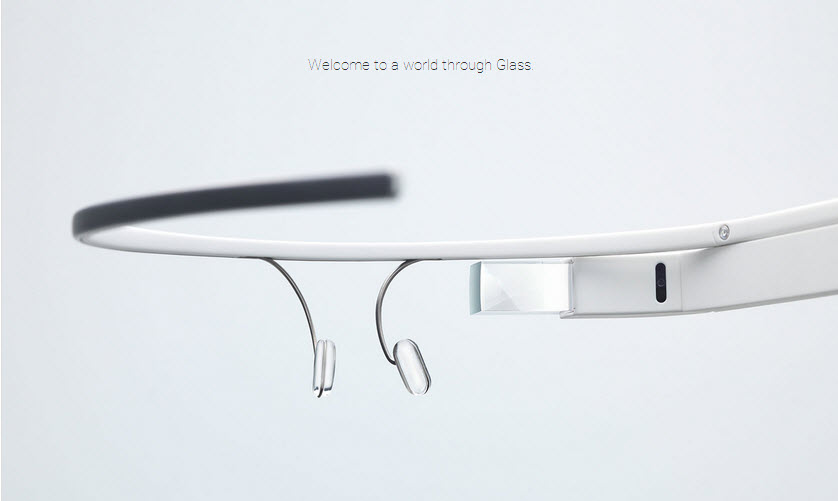 With the help of SAP Social Media Analytics by NetBase and its powerful Natural Language Processing, we can see whether people are scared or excited about Google Glass. With the #IfIHadGlass campaign officially closed, now is the time to see what people had to say. How successful was Google’s campaign? Click on the graphics to enlarge view.

Looking at the past 3 months, there have been impressions in the hundreds of millions. This means that the hype around Glass really took off reaching a lot of different people. Not to mention maintaining a net sentiment score of 48% indicating that people are saying very positive things about the gadget.

The #IfIHadGlass campaign started in mid-February and you can certainly tell by looking at the passion intensity and sentiment timeline. There was chatter prior to the launch but Google was successful in giving the conversation a jolt. Just think of the ideas that Google might garner from the social media conversation, helping them better develop Glass.

Here we can see the top terms and behaviors that are associated with Google Glass. There is already talk of Glass becoming the smartphone of the future. However when looking at the behaviors, the most prominent behavior is not using or wanting them, but the concern of them being banned. There are stories of bars and other establishments banning them and lawmakers are considering banning Glass while driving. Interesting considering they haven’t even been released yet.

If we glance at top emotions, the majority are positive. There is some negative chatter about how ridiculous they look. Google has already confirmed that they plan on working with partners to develop better styles. This would include prescription glasses as well as sunglasses. Doesn’t everyone want to talk to their Ray-Bans?   Looking at the hashtags, #IfIHadGlass is right up there. Not a surprise considering it was the basis for their campaign. If we wanted to, we could select the hashtag and see the actual stream of sentiment, parsing through the submissions.

Looking at the gender analysis, we can see that most of the chatter is coming from males. Perhaps this is a red flag for Google letting them know that they need to step up efforts in marketing towards women. Maybe once the style impoves the ladies will follow. The highest volume of buzz is coming from California and New York. It would be a no brainer to have large launch parties in NYC and all over CA when Glass is ready for consumers. 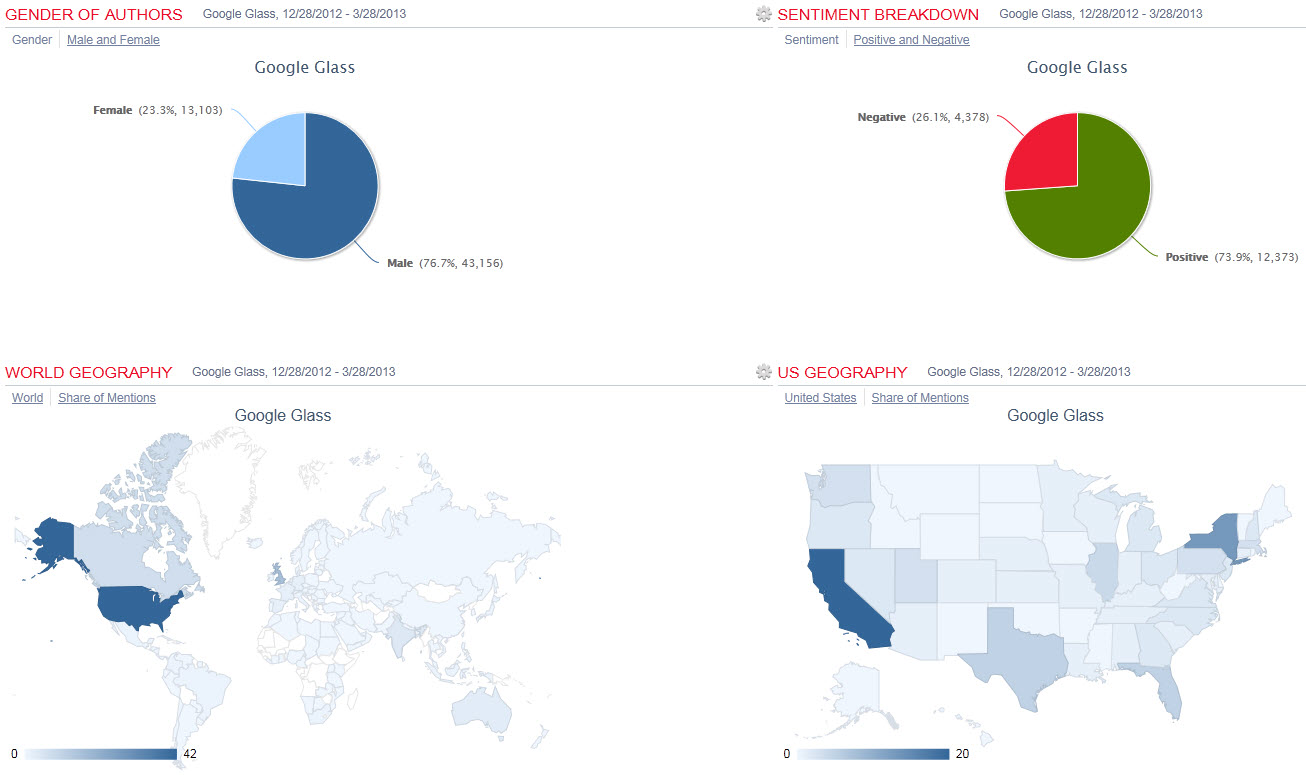 The author analysis is always interesting to look at. Major publications like TIME and Forbes have been covering the story. They have massive klout which helps amplify Google’s message. We can also see if any celebrities are tweeting about Glass. Looks like Mashable CEO Pete Cashmore and social media guru Tony Rocha are in on the conversation. No Justin Bieber quite
yet… 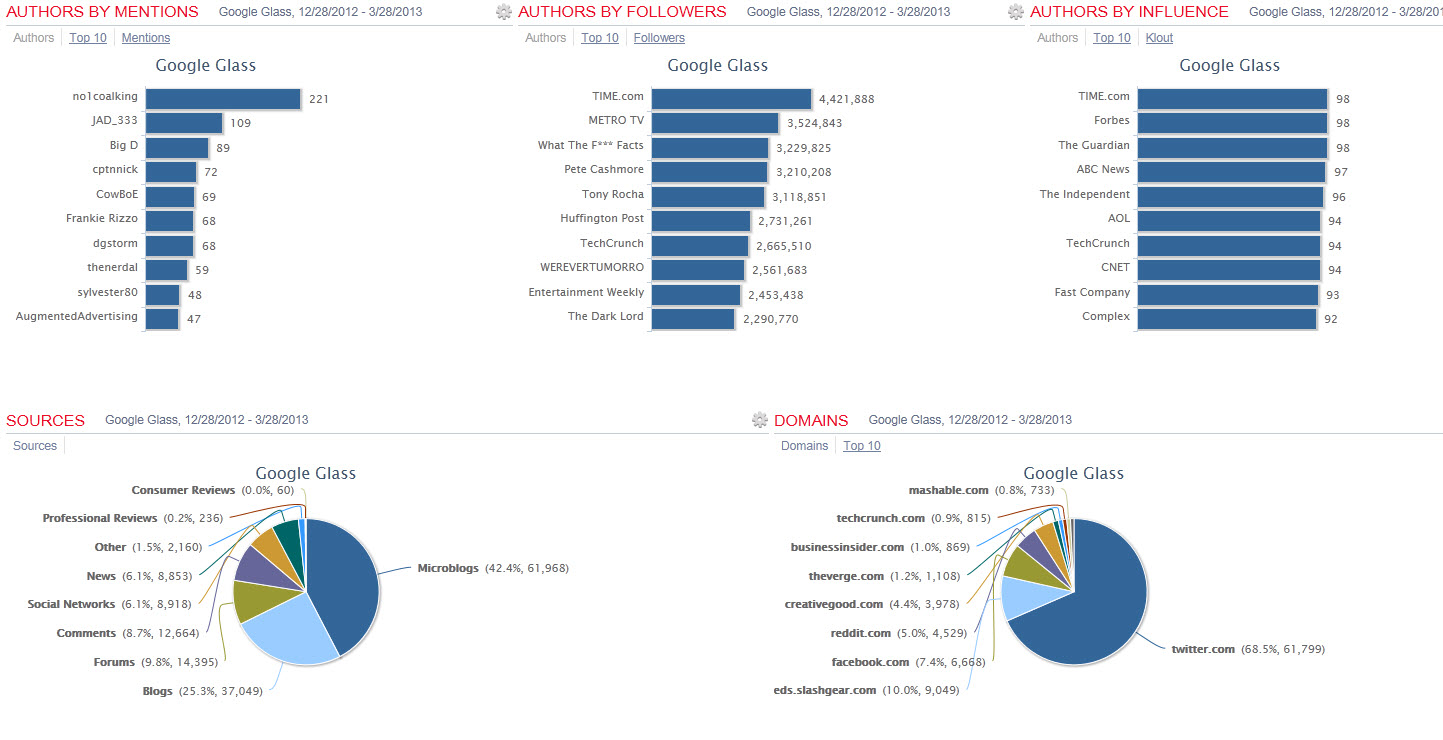 Finally we can drill into the stream of sentiment itself. We have self-proclaimed techie pioneers…

…and fashion police chatting about Glass. Quite the spectrum.

With 8,000 people getting a chance to become Glass Explorers, it will be interesting to see where the conversation goes once people are actually able to try them. The campaign was a huge success and the analysis is a testament of this. It is reported that a mix of celebrities and regular folk have been selected by Google to test Glass. I think LaVar Burton and Steve Martin should get first dibs. What are your thoughts on Glass? Does this technology freak you out or get you excited about the future?

I think its interesting technology.  I don't see a use for them as I don't have a need to be that connected.  I am probably with the not wanting or using them crowd.

I think the ban has some valid scenarios.  good to see that others see that as well.

I just wrote an article on SAP's concept pilot in conjunction with Vuzix Augment Your Reality! - SAP Smart Glasses  I think that the use of "Smart Glasses" will definitely take off in the Logisitics industry! Very cool video that brings it to life as well!