SID table come into picture throughout the BW processes starting from data load to read process. SID creation and check process is automated in BW and hence in most of the time we dont really check these tables. There are times when we need to address questions like:

In this article we will focus on SID flags and their locking feature. How flags CHCKFL, DATAFL and INCFL gets populated and their significance. Next article will address the steps of master data cleanup in BW.

There are 3 flags CHCKFL, DATAFL and INCFL in SID tables. These fields gets updated depending upon the where used list of an entry/SID. SID flags are BI: Locked Data Elements and play an important role to keep  SAP BW data consistent by providing locking over data.

In other words flag values indicate that data is still linked to other objects in BW.

Note:- The process remains the same: When a data package is processed, there must first be a check whether a SID already exists for each key value and if necessary, it must be inserted. For performance reasons, this method is not used for master data texts, that is if you only load master data texts without the corresponding attributes, no SIDs are generated and the loaded texts are not available for BEx queries. An exception is characteristics that have no master data. In this case, loading texts also results in the generation of the SID.Master data load will not create any SID entries for display attributes.

There are 2 SID tables available for Master data infoobjects :

This SID table is available for all BW infoobjects (regardless whether they are master data enabled or not). 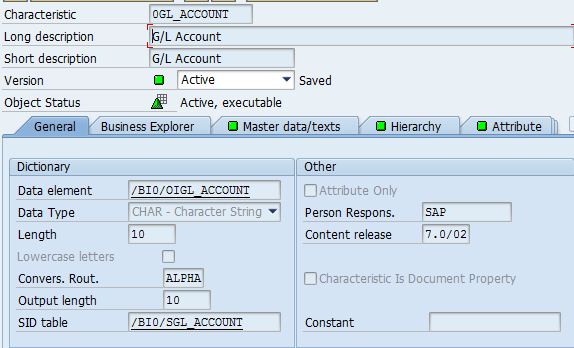 ·     InfoCube data load activity and G/L Account is included in one of the domination.

·     If G/L Account is included as an navigational attribute in another master data infoobject. 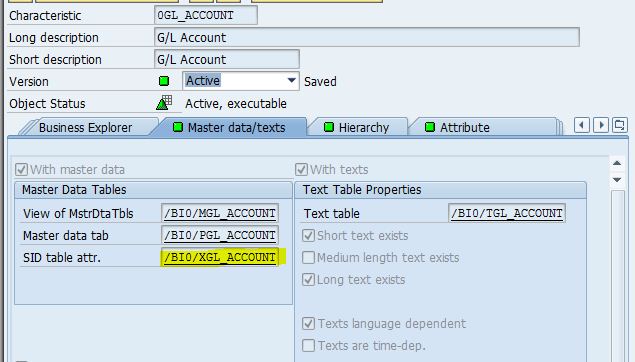 This table contains SID combinations of all navigational attributes declared in the master data infoobject.

·     Master data load of 0GL_ACCOUNT will populate this table.

Feel free to leave your comment(s)