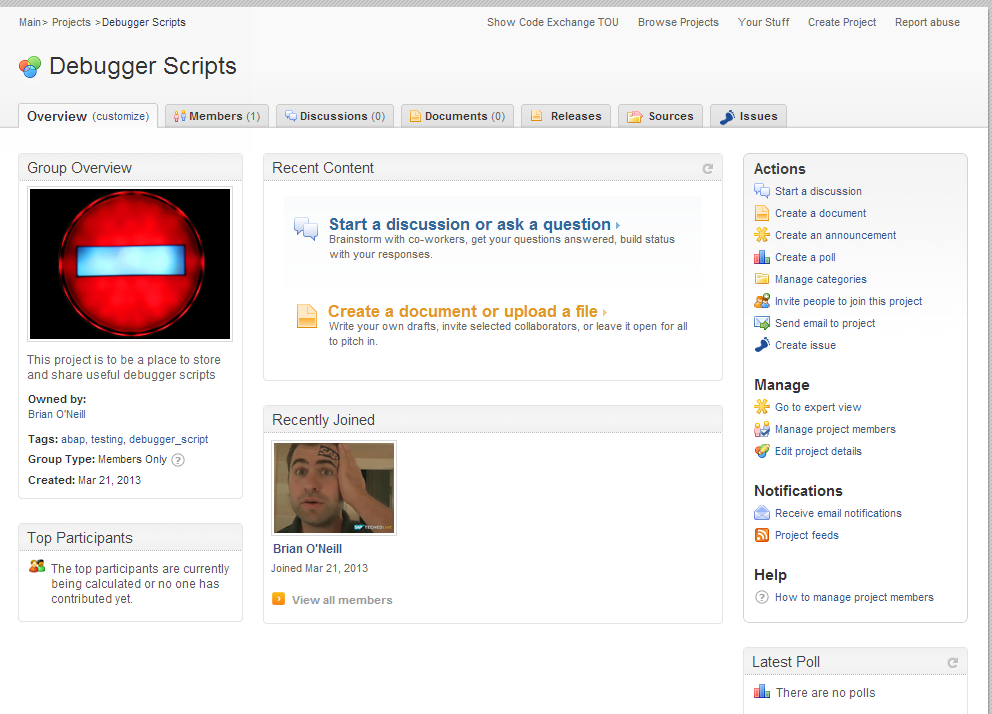 If you would like to contribute, please join the project today! I want the project to be filled with sample scripts that people can easily pick up and use with only some minor tweaks. Though the scripts are edited in the transaction SAS, they are still ABAP programs and can be loaded and saved using SAPLINK/ZAKE just like any other code exchange project. The only rule is to stick with a common naming convention with all debugger scripts. They should all start with ZRSTPDA_. Additionally, try to create scripts that are generic enough that anyone can easily pick it up and adjust it to work with their program with minimal changes. However, even if you do have a debugger script that can not easily be adapted to another program, upload it anyway so that others can learn from it!

I hope that this project can become a repository of useful ABAP debugger scripts. This can be used both by people learning how to use the debugger script and people who are familiar with it, but need help to get a script to solve their problem. Please join the project today and upload any scripts that you have used in the past and share this with anyone else that may have some scripts or is interested in the debugger script.