What is new in the Semantic Layer and the Information Design Tool BI4.1 – Part 3 – SAP Hana

This is part 3 of an ASUG webcast covering what is new with the Semantic Layer BI4.1 and the Information Design Tool. 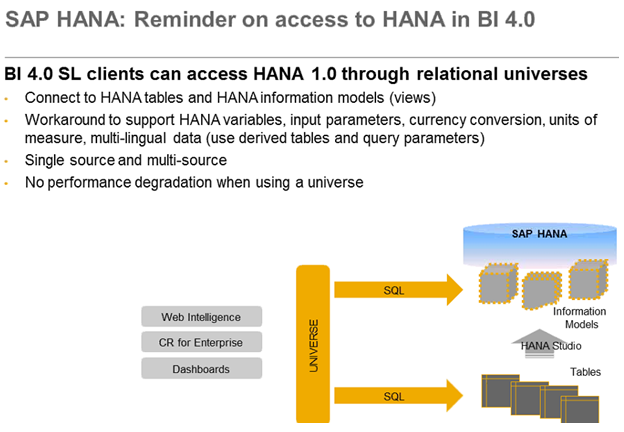 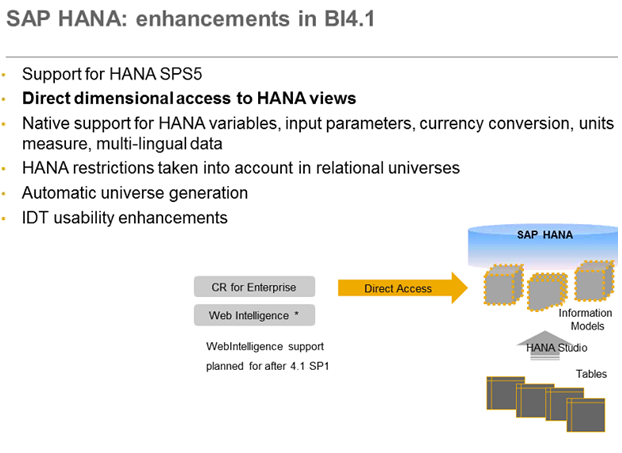 Figure 2 shows direct dimensional access to Hana views in BI4.1 without the need for a universe (Crystal for Enterprise, Web Intelligence after 4.1 SP1), using MDX, taking advantage of multi-dimensional functionality of Hana. 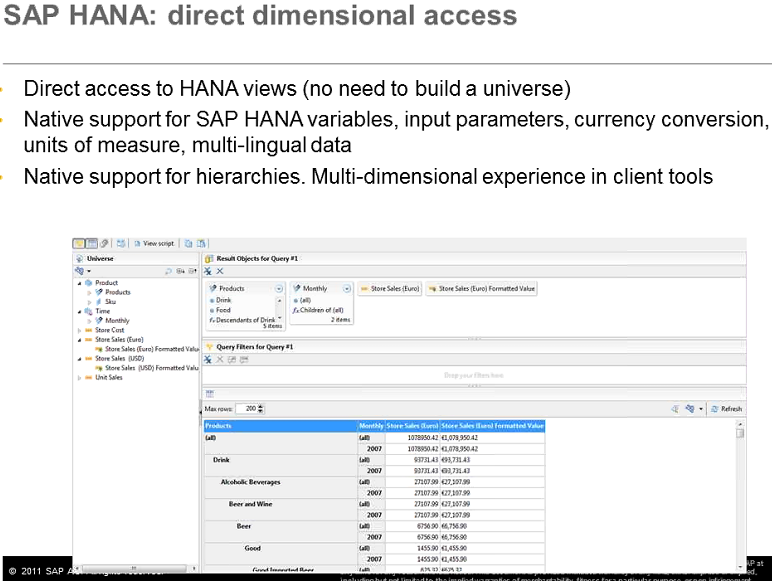 Figure 3 shows the direct dimensional access features without the universe as you do your modeling in the SAP Hana Studio.  It shows the query panel with the dimensional selection. 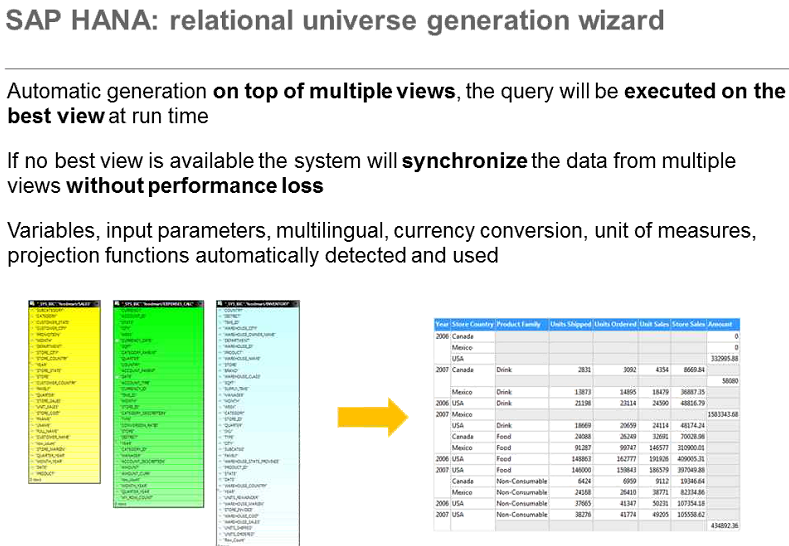 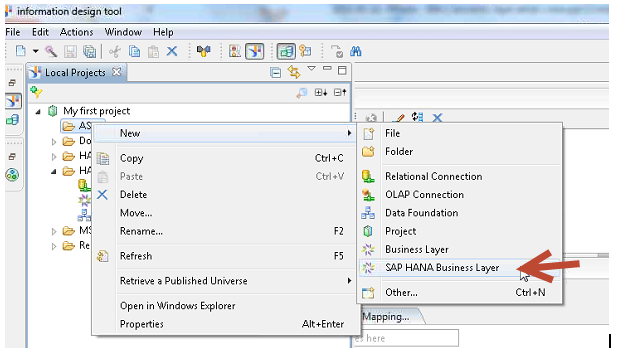 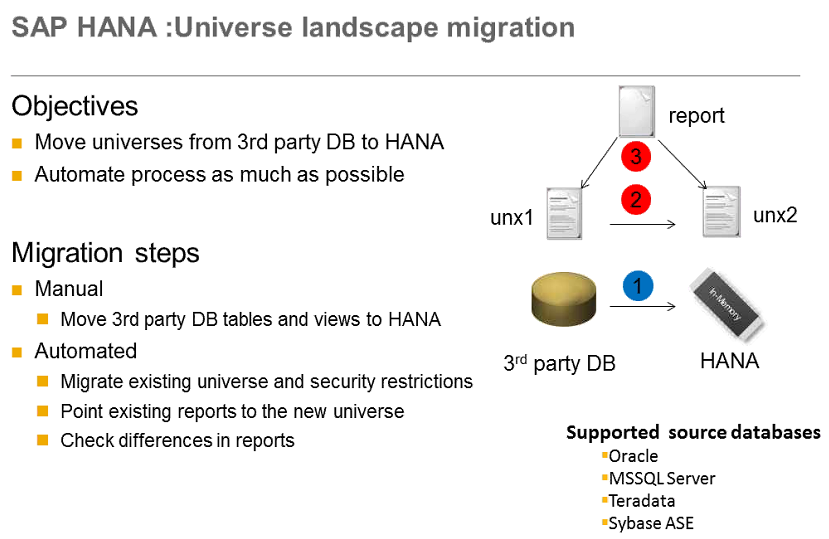 Figure 6 shows the ability to migrate a universe from a third party to Hana system  – which parts are manual versus automated. 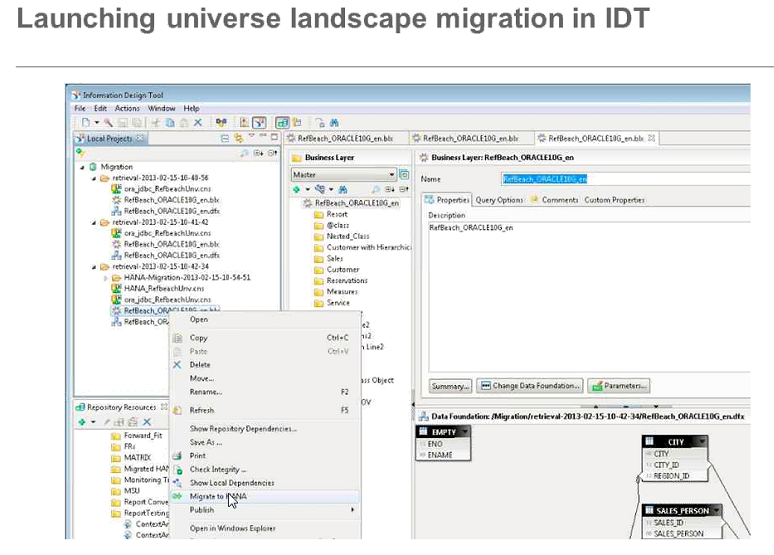 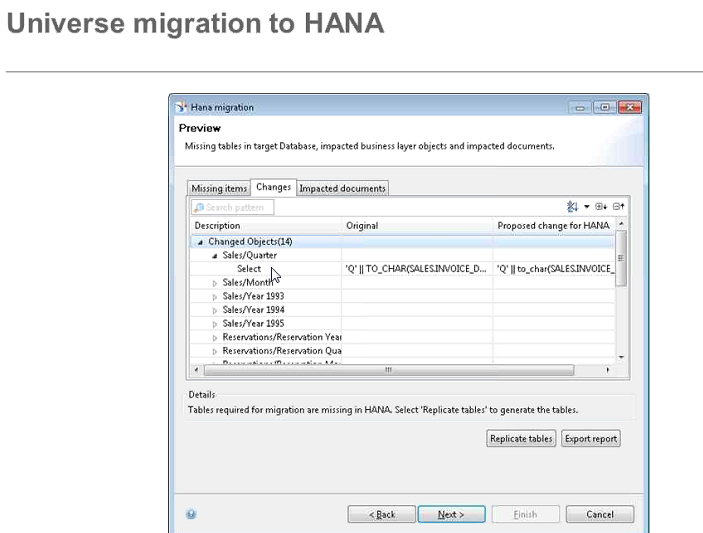 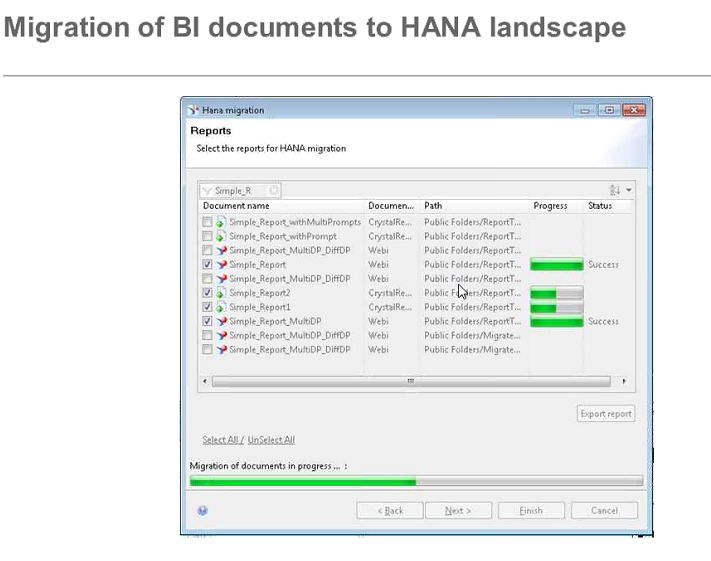 Figure 9 shows the ability to migrate the reports from the old universe. 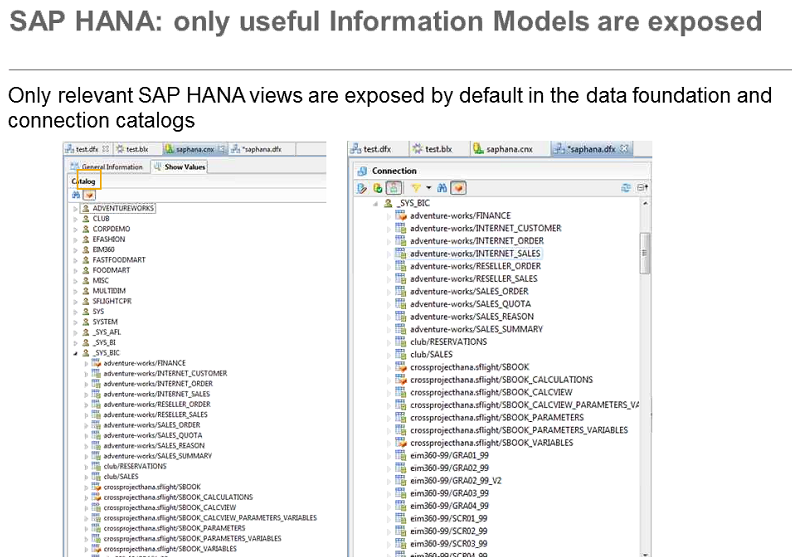 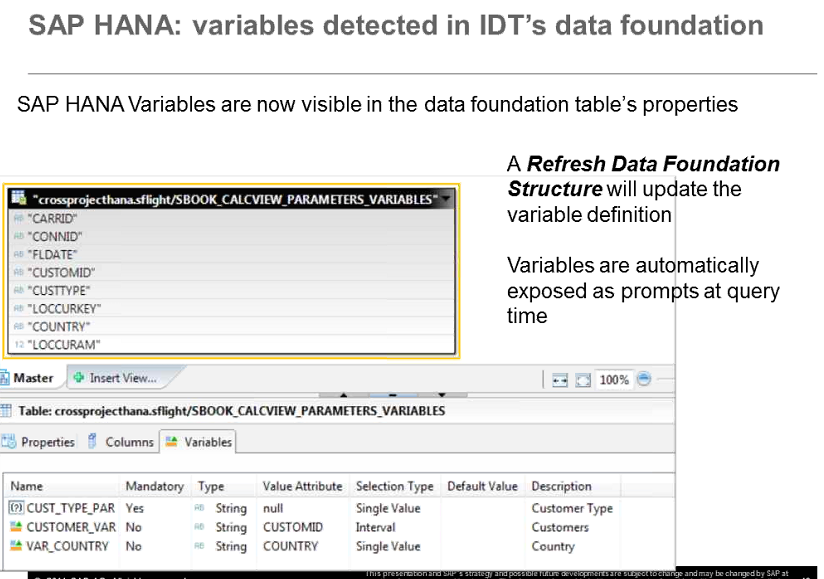 Figure 11 shows the variables are detected in the viewed and exposed as prompts in the query. 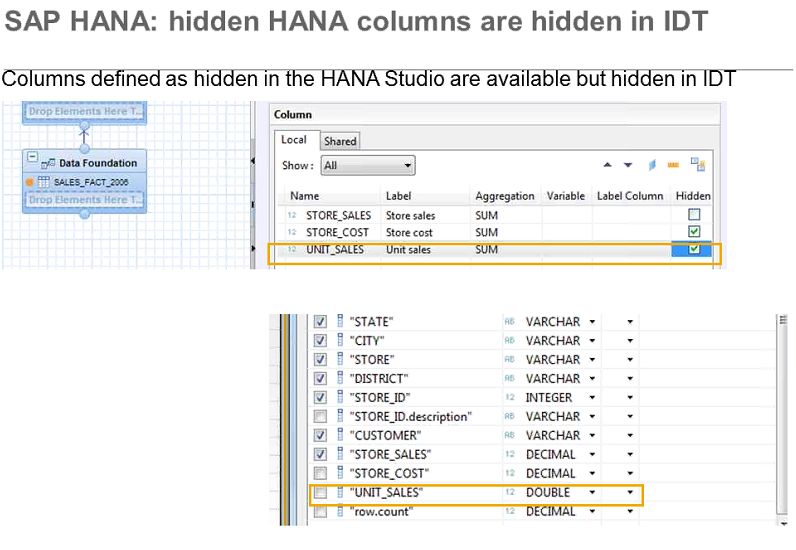 Figure 12 shows that you might want to hide some columns in Hana and also hide in IDT.

Meet Pierpaolo in person at ASUG Annual Conference where he will hold a session on the ASUG Semantic Layer Influence Council.