What is new in the Semantic Layer and the Information Design Tool BI4.1 – SAP ERP and BW – Part 2

This is part 2 of an ASUG webcast covering what is new with the Semantic Layer BI4.1 and the Information Design Tool. 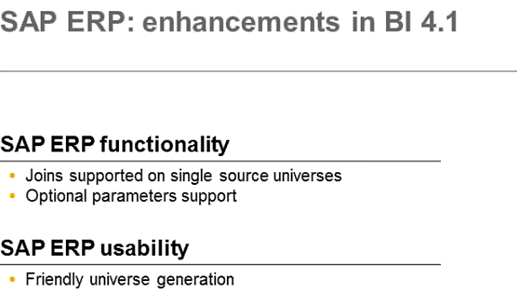 In BI4 you can connect to ERP using a universe with an ABAP function,  infosets or SAP queries. 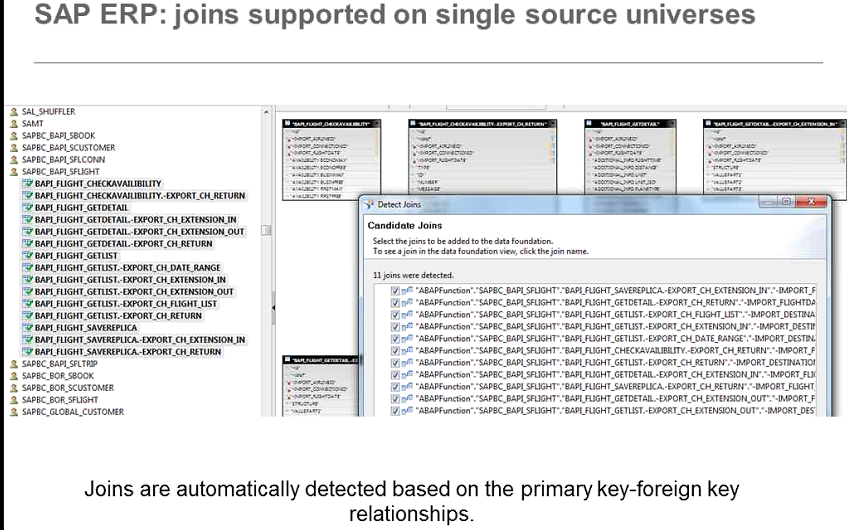 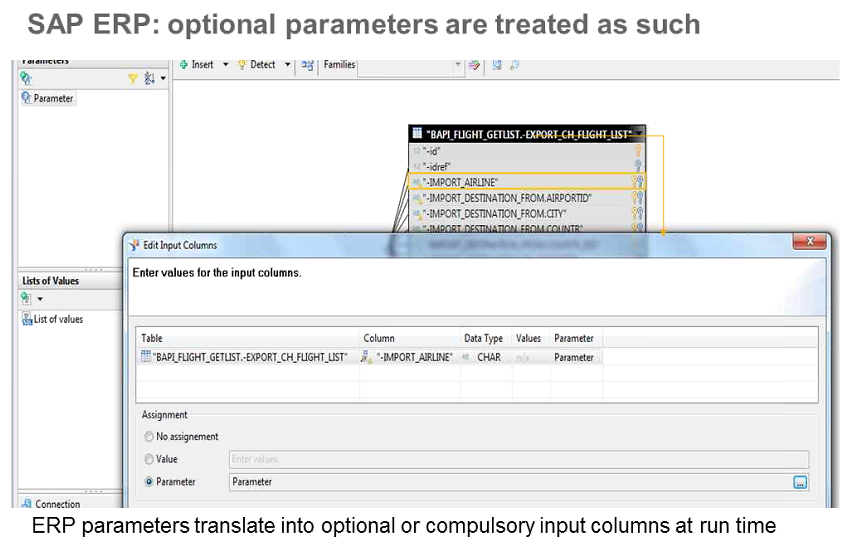 Optional input parameters in BI4 were treated as mandatory – this is now optional in BI4.1 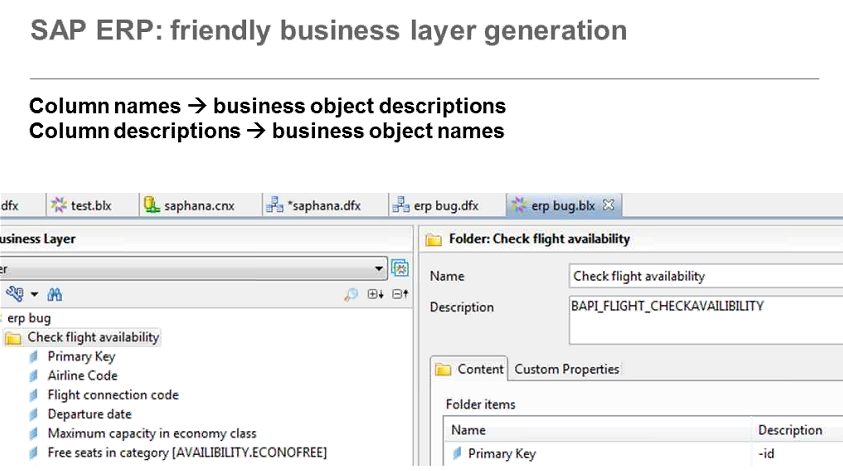 When creating Business Layer on ERP universe in BI4 it was using the technical name.   In BI4.1 it is now using the description which is the “business meaning” of the column.

Figure 4 shows this as an example. 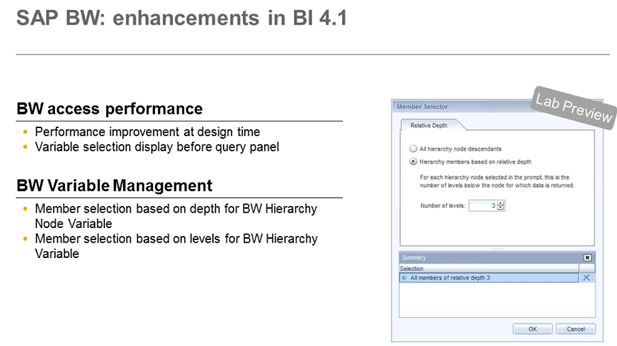 When create a BW connection the performance will be faster, as shown in Figure 5.  Figure 5 shows improvements for BW variable management. 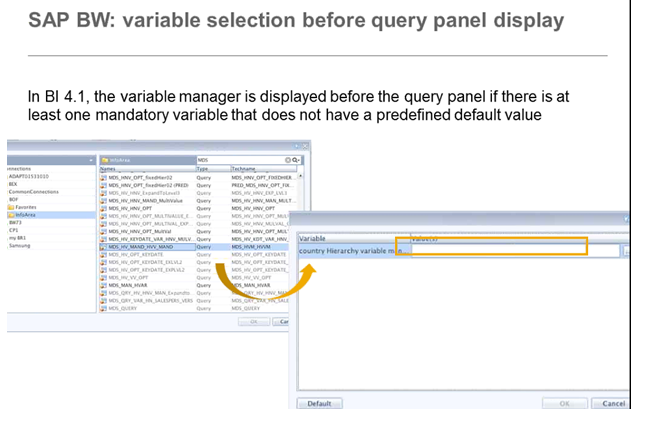 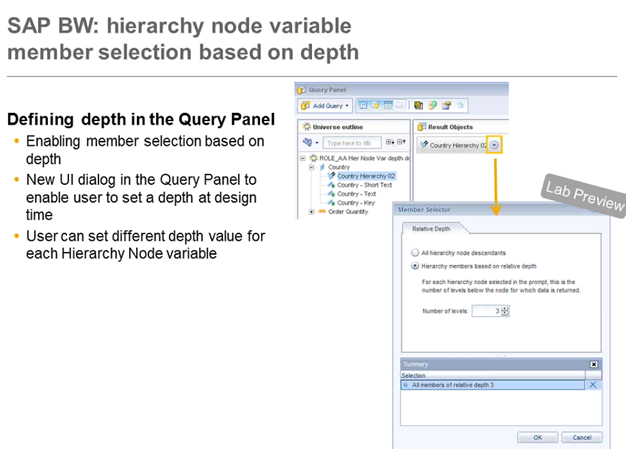 Figure 7 shows you can set the depth of hierarchy retrieval.  On the right it shows 3 levels down 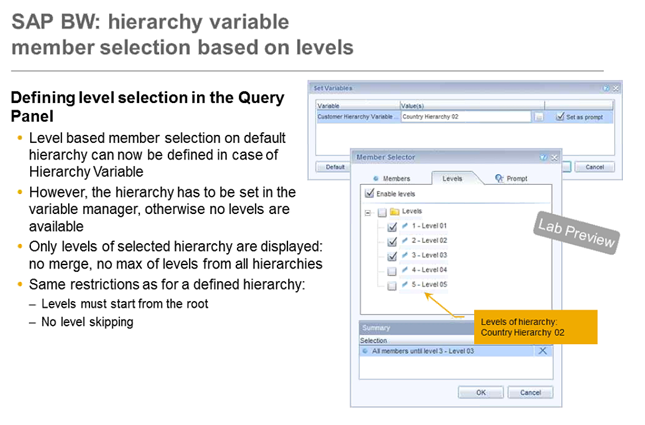 Figure 8 shows you can set the hierarchy variable level too.

SAP ERP and BW universes will be covered as part of the ASUG BI4.1 pre-conference session – please see more details below:

How about to full support ERP-tables in BI 4.1?

My understanding is that is not coming in BI4.1

The Key Figures which uses Standard Aggregation or exception aggregation appear as Data Delegated in Webi.

Is this resolved in the BI 4.1 version as we are unable to add any conditions on such variables which lead to "#Unavailable" error.

Is there any work around for the same

Would you please post this as a question in the discussion forum?  Thanks

I m getting this message while posting it in the discussion

"Access to this place or content is restricted. If you think this is a mistake, please contact your administrator or the person who directed you here."

I see your thread posted here:

I didnt receive any message regarding the post thus had requested you to check.