Following Sam Ko blog at http://scn.sap.com/community/lumira/blog/2013/03/28/ncaa-march-madness-2013-analysis-using-sap-visual-intelligence–sweet-16 I thought I would pull something together.  The only thing is I got distracted today and some games already played.

So I pulled his data set, but the only thing I wish he added was the region….but anyway I continued with it and came up with this: 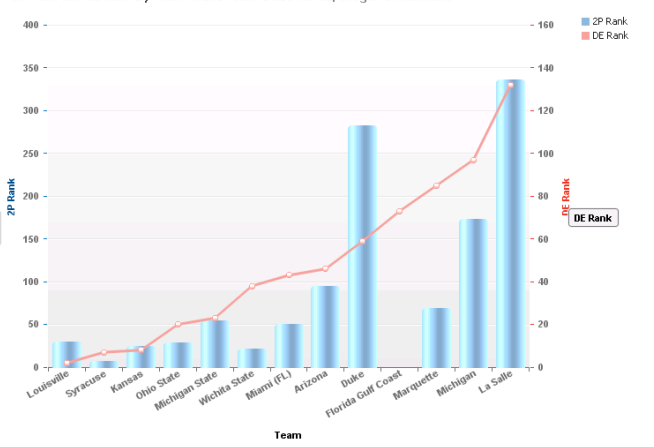 So in some respects I “cheated” as I knew the results of the games played tonight plus I simply cannot select my own home team the Kansas Jayhawks for the Final Four.

So based on the Figure shown above my final four picks are Louisville, Syracuse, Kansas and Ohio State.  Now for sure I hope La Salle makes it as well.

I had to exclude some in the filter as the original final four was in the same region, and I had to select Kansas.

Great comparison Tammy Powlas!  Your four picks are still alive as of this morning. 😆