I am writing a blog series to help introduce you to some of the speakers you will meet at the ASUG Annual Conference this year.

You can attribute the above misquote to Boys Town, or the song by the Hollies.  The song was recorded in 1969, and in spite of the fact that I had two older brothers, I still have some fondness for the (somewhat cheesy, I will admit) lyrics.

It’s a long, long road
From which there is no return
While we’re on the way to there
Why not share

This year at the ASUG Annual Conference (conveniently co-located with another SAP-related event, SAPPHIRE) I will have the pleasure to welcome back into the fold someone I’ve known for about 15 years.

We first met in, oh, 1998 I believe, at one of the very first ASUG meetings of the Workflow group (now the Workflow/BPM group).  Alan was the SAP Product Manager for Business Process Technology at the time, and he knew all about all things Workflow.  Even more than that, Alan really enjoyed connecting with users and hearing about our problems, and listening to our wish-lists.  Back then, our meetings were not huge events; we could choose a hotel in some agreed-upon location (with concurrence from a number of ‘board’ members), work with ASUG HQ to arrange the meeting, and search for speakers.  But the events were small, intimate,  focused.  If you traveled to the Tapitio Pointe in Phoenix in September, you were there to learn Workflow. Period.  You can tell from this photo. 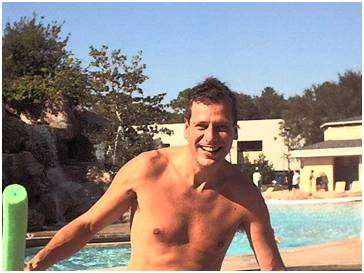 No more complaints about SAPGUI these

days, OK?  At least now we have colors!

Alan stayed with Workflow until 2005 – after he and Jocelyn Dart completed what is now known (in the Workflow World) as ‘the bible’ – the ultimate guide to Workflow development from SAP-Press called ‘Practical Workflow for SAP’.

There is a newer edition, but it was  their blood, sweat, and tears that produced the original!

He still maintains the site www.workflowbook.com so that must demonstrate his ever-lasting affection for the product 🙂 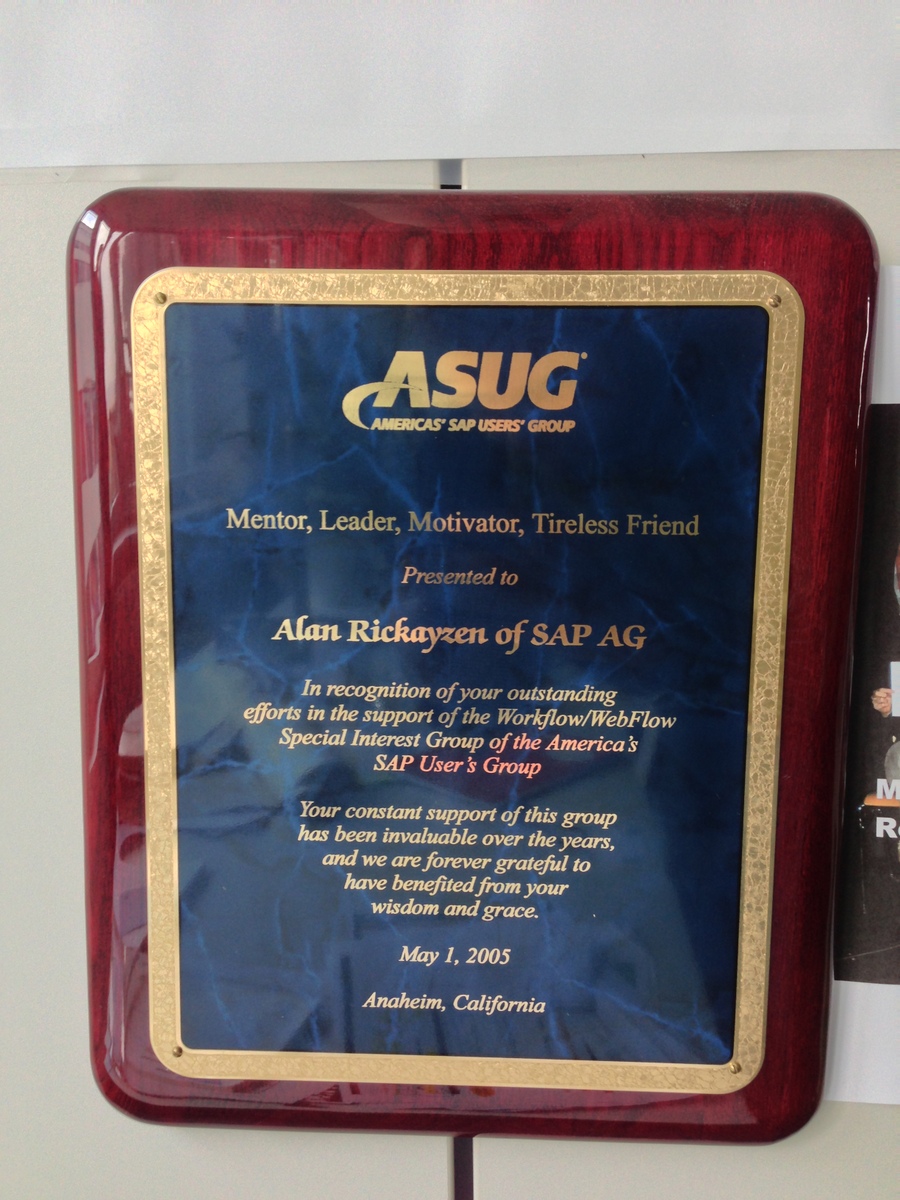 Still, I was devastated to learn that Alan was moving on to other technologies in 2005 (little did I know that I  would get another awesome point-of-contact in Ginger Gatling!) The group decided Alan should have a little memento of our time together.

Alan will be discussing another technology – Operational Process Intelligence.  If there is one thing I have learned about (and from) Alan over the years, it’s that he really gets the challenges that businesses face, and he is passionate about solving them.  Operational Process Intelligence is built on Process Observer, and then accelerated and visualized in a manner which allows strategic and tactical decision making. Or, instead of using a map to see where your business should go, you now use a GPS, right?  When driving, you need to know what road hazards lie ahead, where there are traffic jams, but a map won’t show you that.  SAPOPInt is GPS for your business.

There are dozens of blogs on SAP Operational Intelligence on the SAP Community Network – so you can delve in to them in order to whet your appetite.  And then, come to Alan’s session Tuesday, May 14, at 12:30 PM.  The session number is 3902. 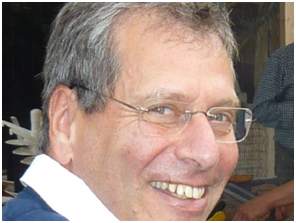 Alan was a physics teacher in a previous life.  He made such an impression on at least one of his students, that 32 years later, the boy (now a man) sent him a note in 2012.  This year, they met up for the first time in years.

An extract of the letter says:

I remember you gave me a feeling of appreciation. You treated me well. I started to enjoy your classes tremendously. Usually I finished the homework on the train; I lived on the other side of Hamburg in Bergedorf. Once I came home I started to write everything down neatly, so I could present a decent piece of homework. You made me feel really good, I started receiving sevens (excellent). What you probably didn’t realise is that due to your teaching and fantastic sense of humour I started getting better in the other subjects as well. I enjoyed learning and going to school.

Wow, that’s quite a letter.  Alan was always ready to regale us with tales of his teaching days – so ask him if you get a chance!

He is also an avid supporter of the First Lego League, and I can only imagine how many kids have gotten the same benefit from Alan’s experience, charm, and natural teaching abilities.

I guess he just never stops teaching in some way – check this using Facebook for Project Managment?

I hope you will come to Alan’s session on SAP Operational Intelligence – you will also find him in some of the other WF/BPM sessions at the ASUG conference.

You can follow Alan on Twitter at @alanrick or challenge him to a game of bridge online alanrick (bbo ID).  That’s his newest hobby!

Great one. I am looking forward for get  a chance to meet Alan.

Will you be coming to ASUG in Orlando??
Alan R. - for Alan Rocks.

Alan, I love to attend ASUG. I still not decided. But I will definitely try.

Susan this is awesome!

I wish we all have more Mentors / Teachers like Alan!!!

'I wish we all have more Mentors/Teachers like Alan!!!'  - TRUE.

I can't imagine how much better my life would be if Alan managed to inspire my 12YO in such a way.  Hmmmmmm....

You read my mind 🙂

Where did you get that lazy-river photo? (My first ever time on a water slide)

All I can add is my personal bof blog and a 1000x thanks for explaining my psyche so simply that even I understand it.

No thanks necessary Alan - unless you provide homework inspiration to 12YOs?

BUT, in all seriousness, I am really looking forward to your ASUG presentation at ASUG Annual Conference.  I believe the community can really benefit by learning from you!

sapopint is a very interesting topic!

Seriously... this is going to be a really cool presentation ... because Colgate will present their learnings. And with it being on the first day there'll be plenty of time for discussions to spill over into the bar for several evenings.