Attitude Check: Three Behaviors for Success in the Workplace

Just this month, SAP Canada was named one of the 30 Best Employers in my home province of Québec, and our employees were named among the most engaged in the country.  Having just marked my six-year anniversary working for SAP, that’s something to be very proud of.  It sounds like a silly thing to celebrate, but I’ve come to recognize that some of my most formative years and greatest professional successes have taken place here.

While I am surrounded on a daily basis by colleagues far more creative, dynamic, and intelligent than myself, I have managed to make my own positive impressions as well.  My successes have led to two placements in SAP’s High Potential program (more on that in a future blog post) and pages of detailed positive feedback by project managers, team leaders, and coworkers from development and the field.

With that said, I humbly submit the three attitudes I have found most helpful in my career:

Unlike vocational skills that vary from person to person, everyone can improve their attitude.  The challenge I’ve found is that my attitude is temperamental, easily fluctuating depending on how much exercise, sleep, or food I get.  Consequently, attitudes don’t improve in the same way as vocational skills which advance incrementally through education or training.  Our attitudes have ups and downs – we’re only human.  To improve our attitudes requires introspection, honesty with one’s self, and a daily recalibration.

In a company as internationally distinguished and diverse as SAP, our success as employees is limited only by the effort we’re willing to invest in ourselves and in the people around us.  You will contribute to that success through sheer intelligence and aptitude, of that I have no question.  But you can magnify your success, your colleagues’ success, and your company’s success by modeling healthy attitudes. 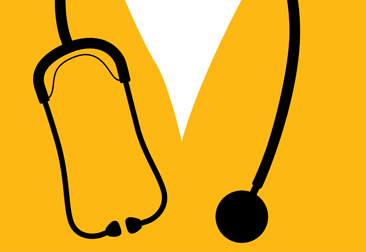 On a morning when silly things seem to bother me a great deal at work, I read your blog and realized that I can use these tips.  Right now.  Today.

I hope other people will also benefit from them.

Thank you for giving me a wakeup call 🙂

Thank you so much for the kind words, Susan.  I'm honored to have made a difference all the way from here!

Lou, good write up and especially on speaking up to thrive.  It is important to do this and to keep it balanced.  People like me need to tune themseelves down at times else they are Redd noise....or white...

That was very good!

I often think the high spot of any day is when you learn something new, and since the world of SAP is so vast, there s an infinite number of new things to learn...

By the way I do in fact wake up every day thinking I have the best job in the world!

Great post! any day EQ and MQ is before IQ.