My SAP eventful weekend in Melbourne part 2 – Inside Track

Continuing the great weekend we had SAP Inside Track on Sunday. It was the first time I’ve been to such event and my expectations were very high.

Firstly, our host Graham Robinson welcomed the crowd and explained the format the event would take. Contrary to most Inside Tracks around the world, where the conference format is used (parallel technical sessions with usually one speaker), it doesn’t happen in Australia. The reason for that is because SIT usually takes place the day before/as part of Mastering SAP Technologies, where you will have your tech sessions, hands on sessions, etc. So our agenda, if I can put this way, was Speed Networking followed by the Keynote and Community Driven Panels. Later on we had Demo Jam.

Similar to speed dating (and I’m sure everyone here has speed dated before. No? Only me? Well…) we were invited to sit on a table with no one we have met before. Than we’d have about 5 minutes for quick introductions, and chat about what was going on in our professional lives, hot topics, HANA (it was required we talked HANA all the times 😉 )before we changed tables. I’ve met quite a bit of interesting people, from developers to system administrator, from architects to academics, working in a range of sectors and industries. We even had time for some quick, yet heated, tech discussions over whether or not use UI5. Other people were not so lucky: they ended up meeting me.

This is speed dating:

This is speed networking: 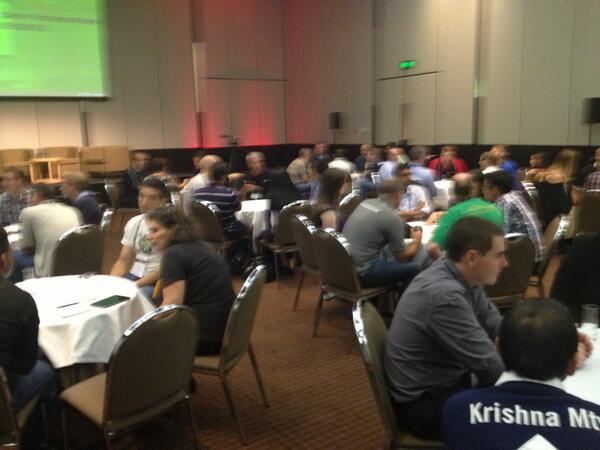 Dennis Howlet told the audience why he doesn’t give a f%@k about our code. I could try to summarize what he was trying to tell us, but would probably fail. Rather, here is the video:

After the Keynote, Robbo asked the community what would themes for our panels be. SAP Marketing department worked well, and we had the usual suspects chosen: HANA, Cloud, Mobility. Oh, and Testing, as a special request from Sascha Wenninger (turns out it was included in the plan, but we run out of time. All in all SITMEL was exactly like a project: we wanted our tests done, but didn’t have time for them 🙂 .

I missed the first 3-5 min of the first panel due to my coffee drinking adction. Just like Chris Paine, I don’t know what exactly it was about

Dennis continued to urge us, SAP folks, to look outside the box, whereas TdT talked about the importance of T-shaped people. And Peter added “One can not be passionate about ABAP”. 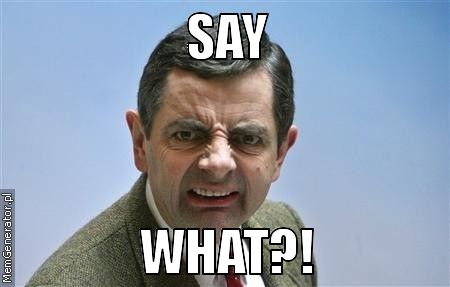 At this moment I was at the back of the room, close to the Enterprise Geeks. A lot of diplomacy was needed to avoid them leaving the conference.

To be fair with Peter, he explained his view by saying you can be passionate about writing code to solve problems, but tech changes too fast and if you get attached to specific language i.e. ABAP, you will soon be disappointed.

As I said, I was a few minutes late, so I missed anything interesting that Renato might have said (luck I can call him anytime to talk, even in Portuguese).

What would be of an Inside Track (or any SAP related event) without HANA talk? In this panel we had Thomas Jung, Jim O’Connell, Josh Fletcher and Mark Villazon (who, <innerjoke> despite the lack of a cannon or a cow </innerjoke>, had a great demo afterwards) sharing their experience with HANA, some considerations for implementation and the challenges ahead. When asked “how revolutionary” HANA is, Tom reasoned that would probably not be appropriate to the SAP person to answer that, but still he told us about some work being done on HANA in the field of genetics, mapping genes and this kind of stuff (I can hardly understand MIRO/MIGO, will not try to understand genetics). Clearly a field far from the traditional SAP. Other thing that comes to mind is Jim saying they are considering ERP on HANA because, among other reasons, “we are sick of ETL”. 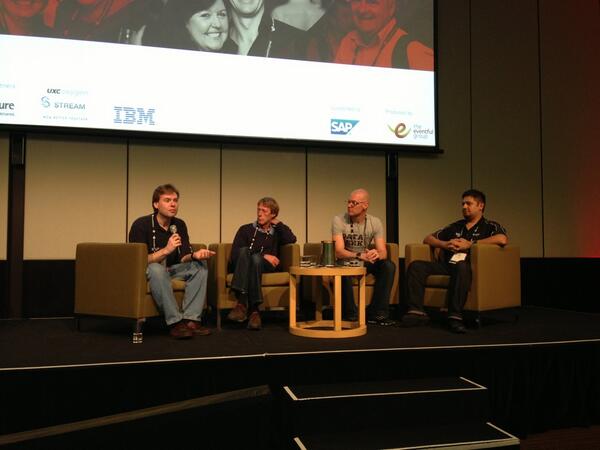 I have to apologise to you and to the panellists, but I missed most of the cloud discussion. We had Chis Paine, Doug Munford and Graham Robinson on stage. Oh, and Fred McCloud, Jr. 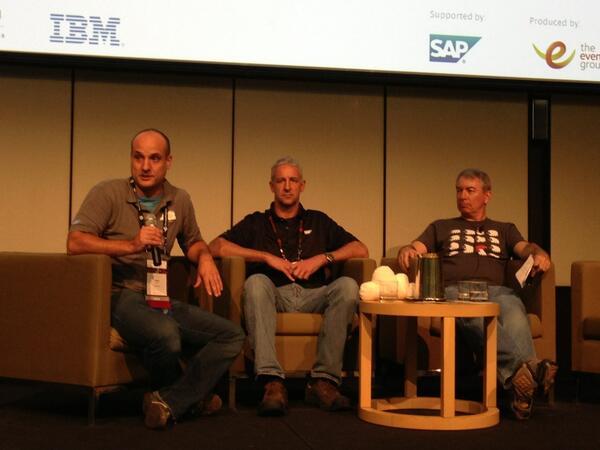 Anyone who was present at the time, please add in the comments, will you?

On this panel we had SAP Mentors Alexandra Carvalho, John Moy and Thomas Jung with star developer Joanna Chan enlightening the audience with their expertise in mobility and UI.

When asked why do we have to use UI5 Tom replied “you don’t”. He explains that UI5 is kind of JQuerry wrapper, designed to make developers life easier. But if you/your company thinks otherwise it’s totally fine.

Joanna explained that they had online/offline capabilities on their Timesheet app, but the users must know when they want to use which. Tom added that that API consumption and offline capability are not mutually exclusive for mobile apps.

John said that the variety of options and lack of clear direction for UI sometimes can be cumbersome. Answering to Dennis’ claim that once Thomas quickly developed an WebDynpro application to solve one problem, John said “most projects don’t have a Thomas Jung”. To this I add that fortunately our current project has 8 of those. #wishfulthinking.

Quote Of The Day:

I am sceptical of anything a marketing department puts out – anonymous

I actually know who said that; I’m just protecting his identity 😉

I firstly thought about writing a 3 part blog, with Demo Jam being the last. Instead, I’ll leave it to the Jammers; it’s their event, their stories. The only thing I’ll say: we had a cannon, and we had cows. It was totally awesome!

As I said in the beginning, my expectation was quite high for my first ever Inside Track. Needless to say it was not only met but beyond. After this great weekend, not going to the Mastering SAP Technologies makes me sad. On the other hand, I can’t wait for SIT in Australia (I reckon will be SITSYD). Better yet, I can’t wait for SAP TECHED 13!!!

Big thanks to Graham Robbo for putting it together. I can’t even imagine thge effort to make it happen and I reckon everyone agrees it was an amazing afternoon/evening. Also, most pictures were stolen borrowed from Martin Gillet‘s twitter. Thanks Martin.

Wow, nice job once again - I feel like I was actually there by your notes and comments.  Thank you for taking the time to write this up.

I haven't been speed dating/networking either....

Thanks again for commenting. It seems John was right, this second part came easier than part1.

The best of the weekend was Demo Jam. I'd really love to read from the jammers.

Thank you for bringing some of the fun and the learning from #SITMEL to the rest of us.

Thanks for your comment. I just tried to share a bit of my experience with the community. Some people has done an excellent job on twitter, especially the ones who attendfed #masteringsap