The SAP Data Challenge is calling on analysts from around the World to help Mordata, a fictitious casino, get to the bottom of why Q4 profitability is down. Data sleuths that are up to the challenge can use a free trial of SAP Visual Intelligence to analyze the casino’s data sets and play a hunch or two.

And if solving this mystery isn’t challenging enough, SAP has upped the ante with some additional mysteries.

If these bonus questions have your head spinning like a roulette wheel, this blog reveals a few tips and tricks to uncover the answers.

If you played your cards right and were able to answer the first two questions in the SAP Data Challenge, then the data sets you’ve created to this point include only a subset of chips that were redeemed on Saturdays in Q4. To make sure you’re working from the most complete data set, start from the original “chips redeemed on q4 saturdays” data file and then merge in “customer account details” using the “Customer ID” field. Once your data is merged, a tree chart that shows total Chip Value by Customer Name will reveal 3 big winning customers that share a common first name. 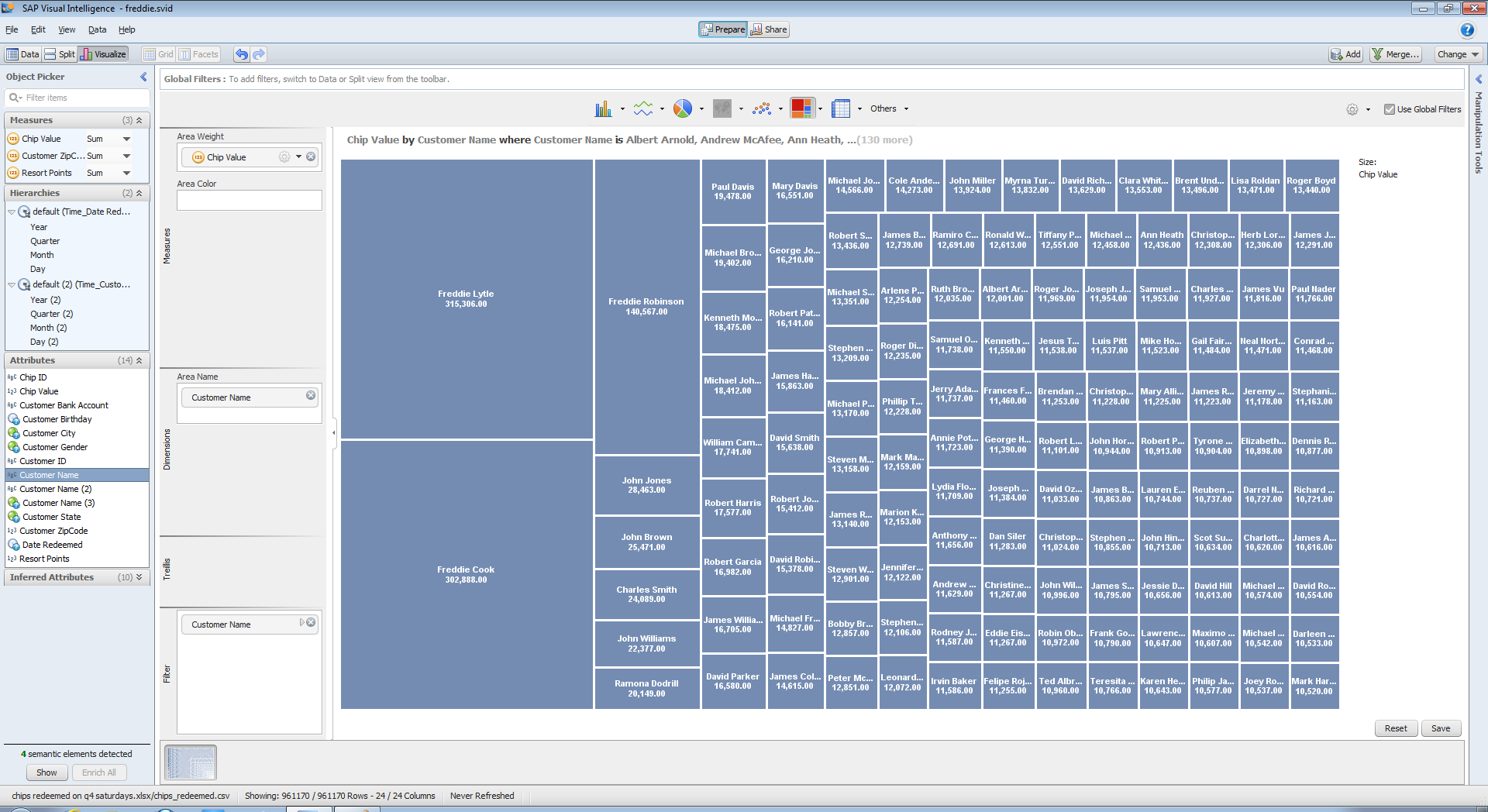 Q: Which waitress has the most tips annually even though her Saturday customers don’t win big?

As with the previous bonus question, make sure you’re starting with a complete data set. And since waitress tips are reported annually, be sure to set the Waitress Tips measure to “Average.” 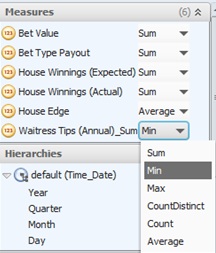 Once your data is set up, try using a bar chart to evaluate House Winnings and Annual Tips by Waitress Name. Then you can evaluate which waitress makes the most tips and has the highest House Winnings. 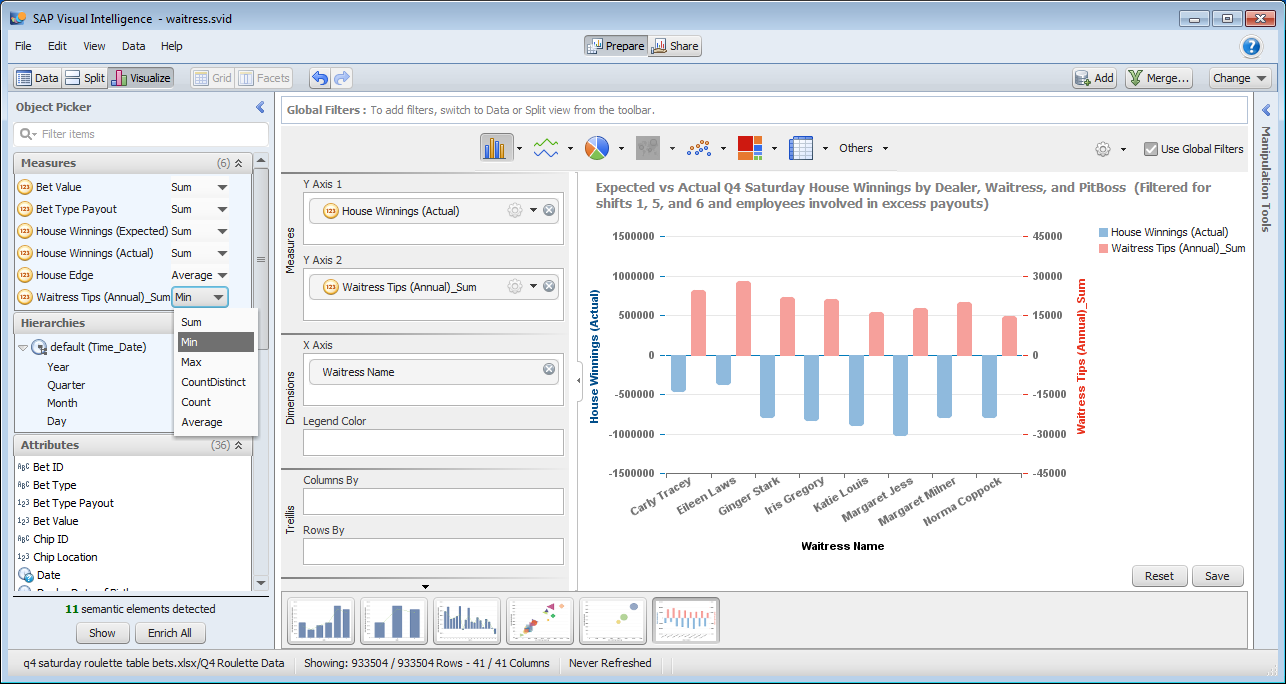 Q: Which customer, who shares the same name with a fictitious movie character, cashed in winnings on December 1 that were equivalent to the year the movie was released?

We found this question was easiest to answer by using a tree chart comparing Chip Value (Sum) and Customer Name. First, we applied a filter for December 1.

Then, to narrow the view, we applied a ranking to show only the top 50 Chip Value sums. 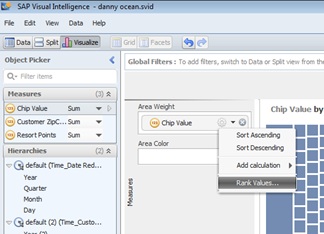 Finally, we evaluated each customer name who’s chip value was equivalent to a years in which a movie could have been produced. Good luck in solving the SAP Data Challenge and be sure to tell us how you did!