How to debug a smartform ?

The Form debugging has some challenges , like – the form has no versions,there is no message display when exceptions occur and ABAPcode is usually embedded in the specific,program line node.The following steps for debugging a smartform may be helpful:-

Since , whenever a form is activated a Function Module is generated, we can go directly to the FM and insert break-points; as, 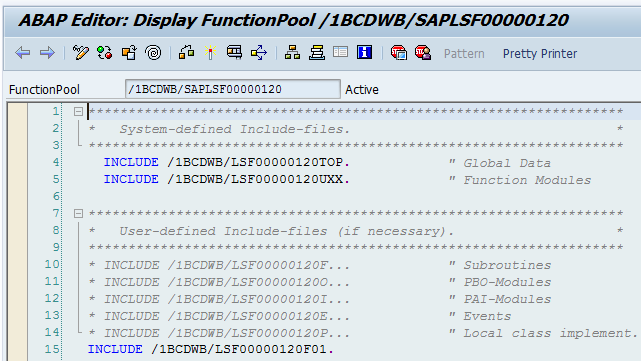 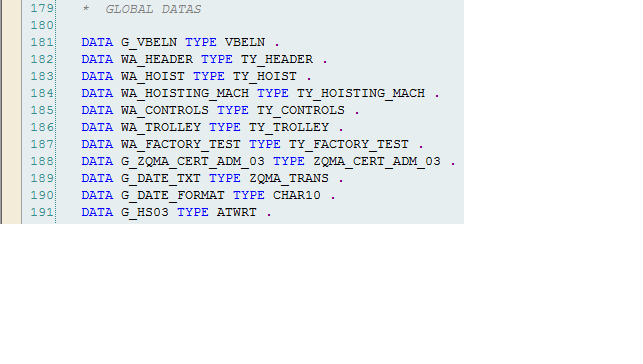 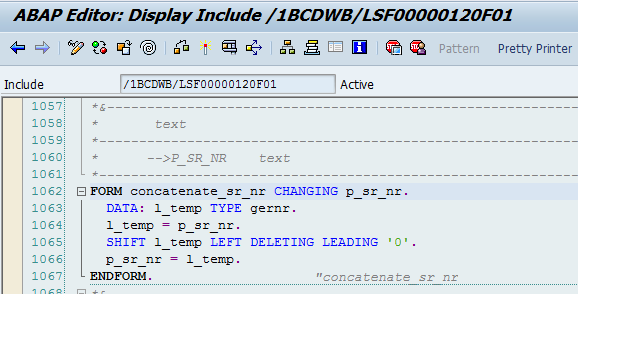 FORM %GLOBAL_INIT, within the Include *F01 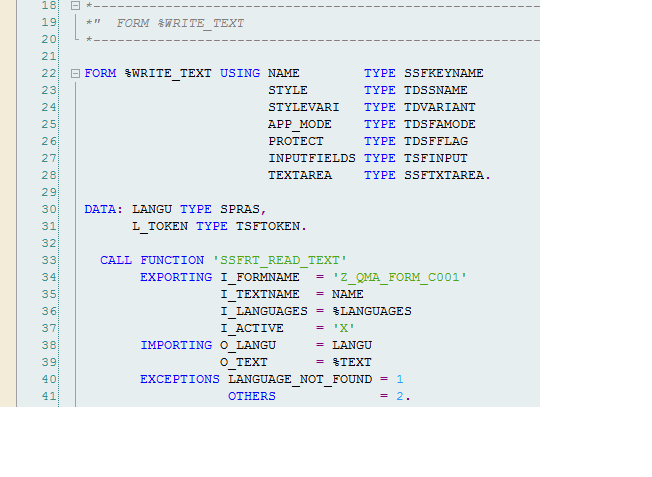 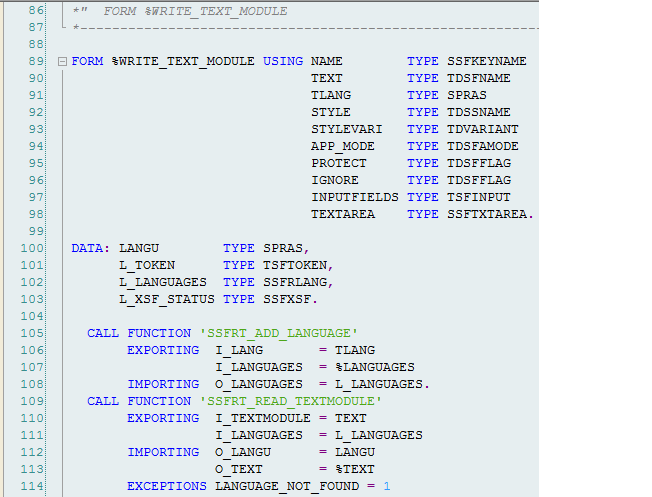 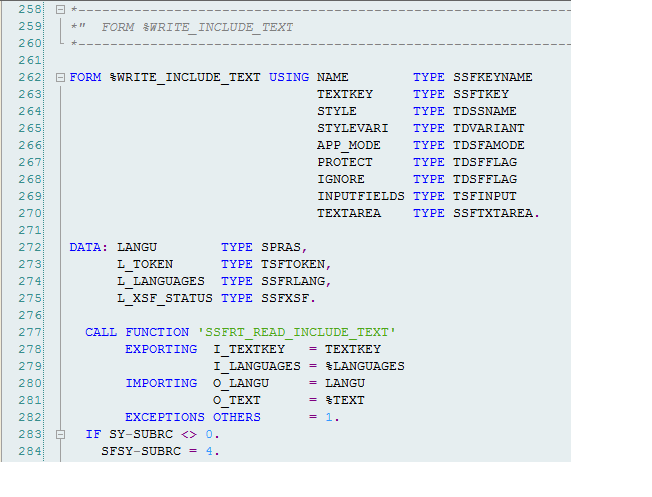 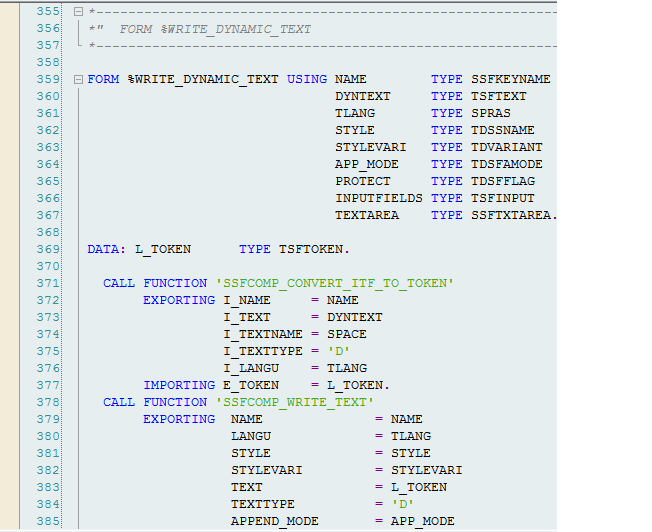 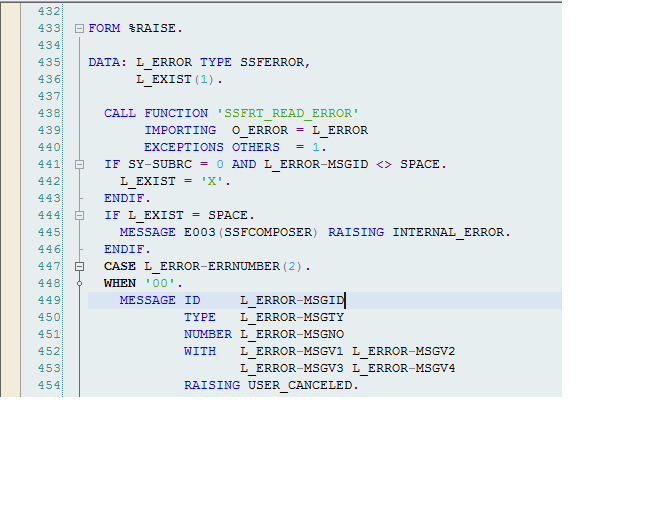 For each Window/Node that has been created within the form an equivalent Form(ABAP Form Routine) is created in the *F01 Include:-

Like for e.g. for the Node ‘Main’ Window,following Include is created: 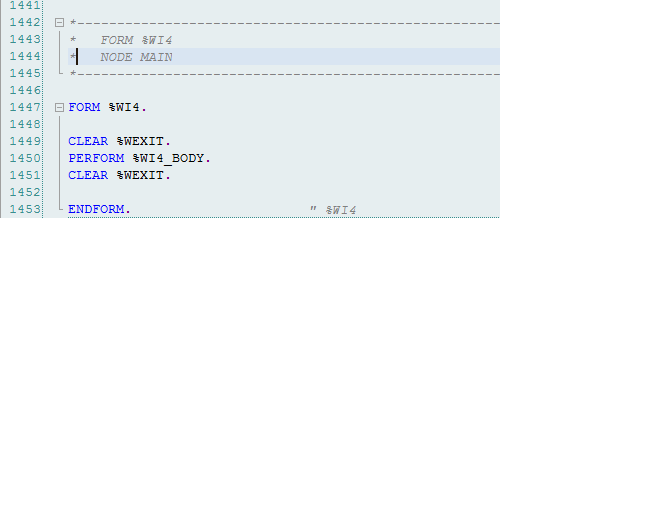 The Form Raise, as specified above, is particularly useful whenever, we see that there is no print-preview appearing , when executing the driver program.This means that exception has occured and that can only be traced, if we set a breakpoint in the FORM routine ‘Raise’.

As a matter of fact, all the code to process the SmartForms like processing Table, a node, a cell, a template, everything would be available in *F01 include.

You should be able to easily find out the node and relevant code point by using the search and selecting the search scope as main program.

Thanks for your comment !  But, if you observer carefully the post, you will find that I have mentioned the Word 'nodes' and given the e.g. of the main window.So, the word 'node' covers everything like tables,templates etc.

Agree that you mentioned Nodes. Why I think it is more complicated is because - children nodes are wrapped in their parents and parents are wrapped in their and so on and so forth. This make is very difficult to find out which node belongs to which. Another reason would be - all the node names are not co-relating with the actual names.

Nitin, please don't let this to discourage you from sharing, but there was actually an SCN wiki already posted on this back in 2009. There are also many forum posts. You might want to search before posting if there was already any content posted on SCN on the same subject. If you've already searched and feel that your blog adds to the existing content, then it would probably make sense to add a link to it.