With today’s launch of the Blackberry Z10 in the United States, Blackberry is moving to reestablish itself in the highly competitive smartphone arena.  By all accounts, this is an exceptional device and one that, as many had predicted, supports various LTE bands.  In the last few months there have been a number of new smartphones both announced and released into the marketplace – virtually all of them are LTE capable.   But are the LTE bands they are supporting
making them compatible with networks beyond their core or “home” markets?

As has been widely publicized, Long Term Evolution or LTE suffers from a large number of frequency bands. This frequency fragmentation, as I like to call it, has caused some consternation regarding the ability for the devices to roam to other LTE networks.  Of course, all of these new smartphones do support globally compatible HSPA (e.g. 3G) bands, so they are certainly not unusable in roaming situations.  But, as LTE Roaming is now being deployed into production in many markets and the number of operators that support LTE roaming grows, subscribers will soon demand more roaming capabilities for their devices – and that means compatible frequencies.

In a September 2012 post, I provided a view on the Apple iPhone 5’s LTE capabilities and what that meant for Roaming. One conclusion was that the model A1428 (AT&T version) would have little opportunity for roaming while the iPhone 5 Model A1429 was much more capable of roaming in many networks around the world.

So how are other new and popular smartphones handling LTE frequencies?  In the table below, I’ve provided an LTE-centric comparison of the Blackberry Z10, Samsung Galaxy S III and the Nokia Lumina 920.  Note that each device has several models, depending upon the home market.  I’ve also included the iPhone 5 in this table. 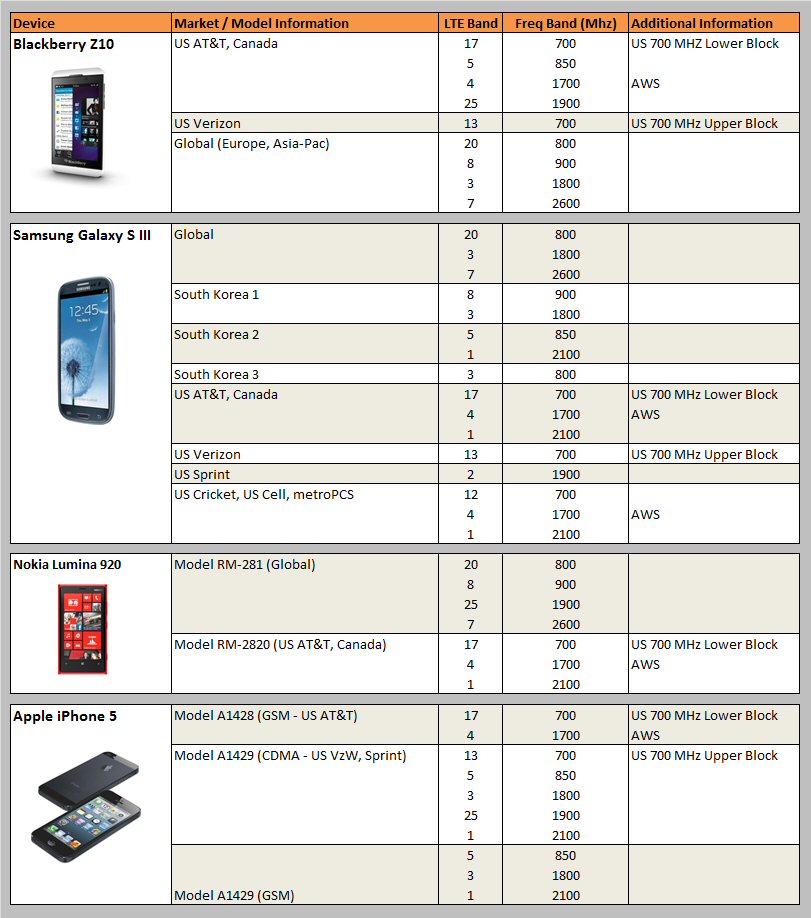 Not shown, but significant is the new Samsung Galaxy S 4.  This device has not yet launched; however, this phone is purported to have as many as 6 LTE frequency bands on a single device – probably dependent upon a specific market.

As can be seen from the table, the popular Samsung Galaxy S III has the most combinations in terms of markets.  What is evident is that, with the exception
of the Apple A1429 CDMA version by virtue of its support for LTE Band 3 (1800 MHz), almost every other popular LTE-supported phone for the United States market will be significantly limited in terms of roaming capability – especially into Europe, Middle East, and Asia.  Latin America may begin to support the AWS bands, especially in Mexico (Telcel), so there does exist the possibility for inter-operator roaming within the Americas; however, many operators in Brazil, Columbia, Guatemala and others will also launch networks in the 1800 and 2600 MHz bands, among others.  Likewise, LTE subscribers from outside of the Americas may have little chance of roaming on the several North American LTE networks.

Outside of the USA / Canada market, most of the high-end devices support at least one of the popular 800, 1800 or 2600 MHz bands (LTE Bands 20, 3, and 7) and with the proliferation of new and exciting smartphones recently launched and launching soon, this will further spur the need to launch LTE Roaming as soon as practicable for many operators. 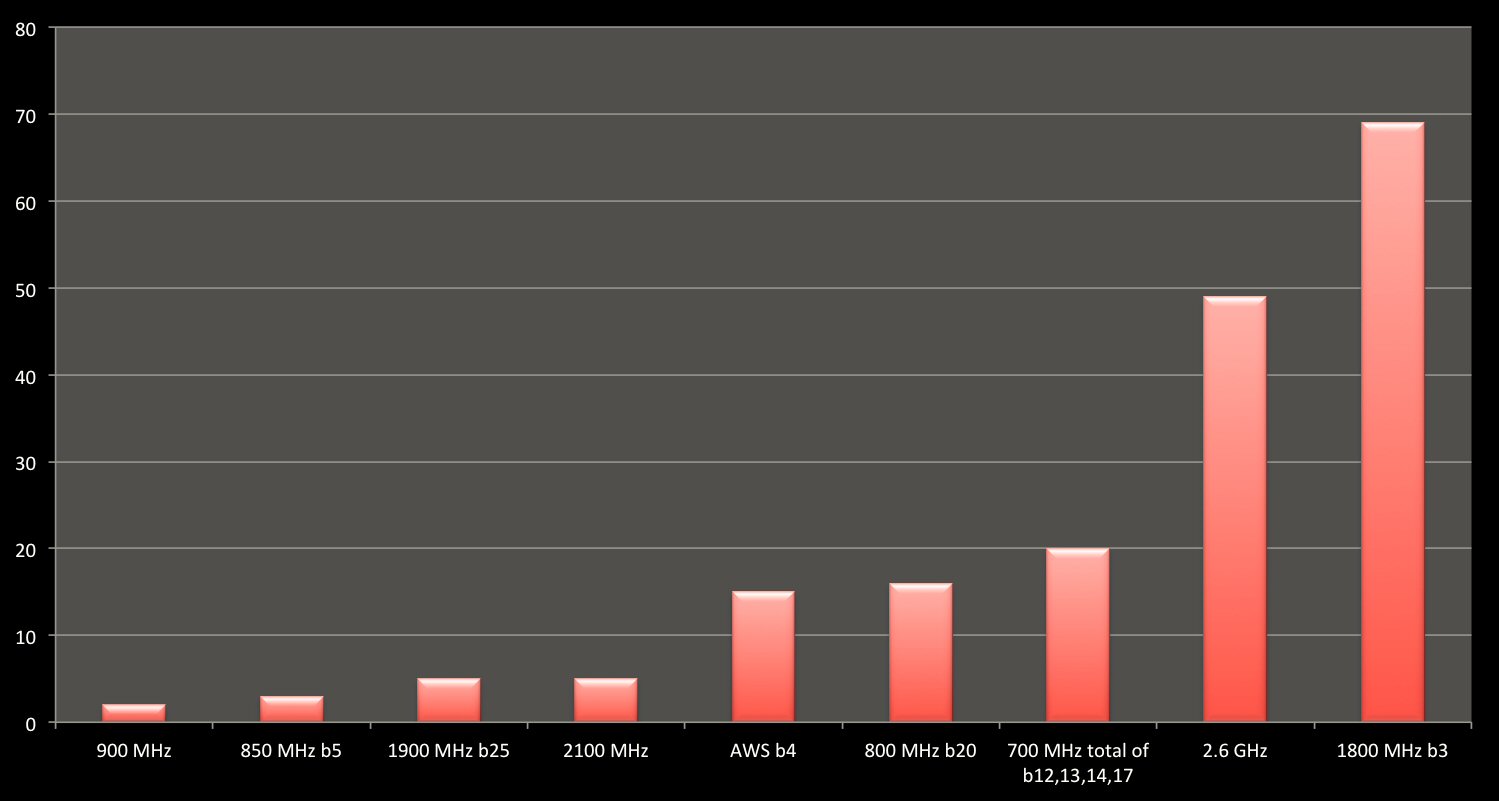 At this point in time, there does seem to be a gap in terms of creating a truly global LTE-supported device.  Devices are still heavily targeted to a specific market, with little capability to support roaming to other markets, unless that device’s home market happens to support one of the top LTE frequency bands.

For the record, my perfect LTE device would support:

A device like that would be a truly global device; however, 5 or 6 LTE Bands would be needed.  The Apple Model A1429 (CDMA version) probably comes the closest (however, it’s non-LTE bands are CDMA – not GSM, HSPA+, so it is somewhat disqualified).  The true global device would have to be a GSM.

For more information on successful LTE Roaming, I will be presenting a webinar titled: LTE Roaming: Making It Work. Making it Reality on the 27th of March at 11:00AM Eastern Time.  Please register and attend.