As the winner of two major championships and 17 LPGA Tour events, American golfer Dottie Pepper knows a thing or two about what it takes to be a winner. She joined the LPGA Tour in 1988, and her 19-under-par finish in the 1999 Nabisco Dinah Shores victory still stands as the lowest score in relation to par in a major championship.

My golf league, the Boston chapter of EWGA, kicked off the season last weekend with a brunch that featured Pepper as the guest speaker. With spring almost upon us, it was an inspiring morning for aspiring golfers like me—snow-covered Boston notwithstanding. These are some of the observations she made about her journey to become a top athlete.

After retiring early due to injuries, Pepper went on to a successful golf broadcasting career onNBC and The Golf Channel. She’s also co-authored a children’s book series entitled, “Bogey Tees Off,’ that tells the story of Bogey Ballton, a range ball whose ambition is to reach the PGA Tour. The
book was developed to introduce children and their families to bond through the game of golf. It promotes life lessons and values on and off the course including respect, responsibility, being truthful, and never forgetting where you come from. The overarching objective is to teach kids to do something meaningful with their lives.

As I walked out the door that afternoon with my autographed Bogie head cover, I thought that these are lessons applicable to any workplace, including my own at SAP. Stung by criticism, SAP has renewed its commitment to customers. Immersed in reinvention for the past few years, SAP has rejected the status quo with solutions like SAP HANA in-memory computing. Having pioneered the world’s first integrated enterprise resource process (ERP) software, SAP’s winning strategy is based on a fundamental understanding of how business operates. Led by co-CEOs Bill McDermott and Jim Hagemann Snabe, SAP is now focused on an innovation plan that’s leading a new business generation into a better future. Game on! 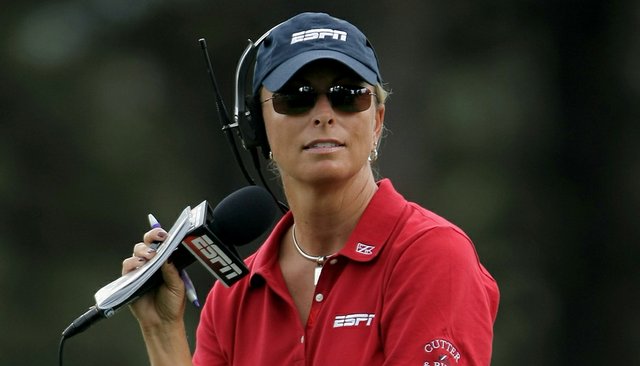