What is new in SP6 of SAP NetWeaver Process Orchestration 7.31

SP06 of EHP1 for SAP NetWeaver 7.3 is already released to customers and brings various enhancements for Business Process Management, Process Integration and Orchestration scenarios. There are several enhancements in direction of further tightening the integration between SAP NetWeaver PI and BPM. Here are some of the most important news.

Conditional process start is now introduced to support integration patterns for Process Orchestration scenarios. A typical example would be to collect a number of similar messages in a single BPM process instance. The start event and the intermediate message event share the same interface/trigger. If you send a message to the BPM process, the message can either start a new process instance, if there is no process running already, or it can be consumed by a running instance. There are different variants of how you can end your instance: counter (n number of messages reached), timer (x hours passed) or dedicated end message (end now). 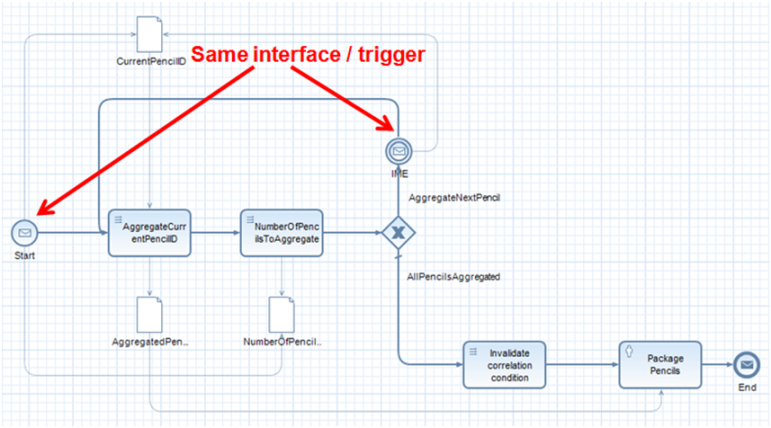 For more information on integration patterns for Process Orchestration scenarios read these blogs:

BPM Analytics with out of the box dashboards

We have introduced out of the box dashboards providing better insight for business administrators and process owners. The access is role-based – you will only see processes and tasks for which you are the administrator.

Processes and task statistics are also available via the BPM public API giving you the ability to create custom dashboards and use data in Xcelsius, Crystal Reports etc. 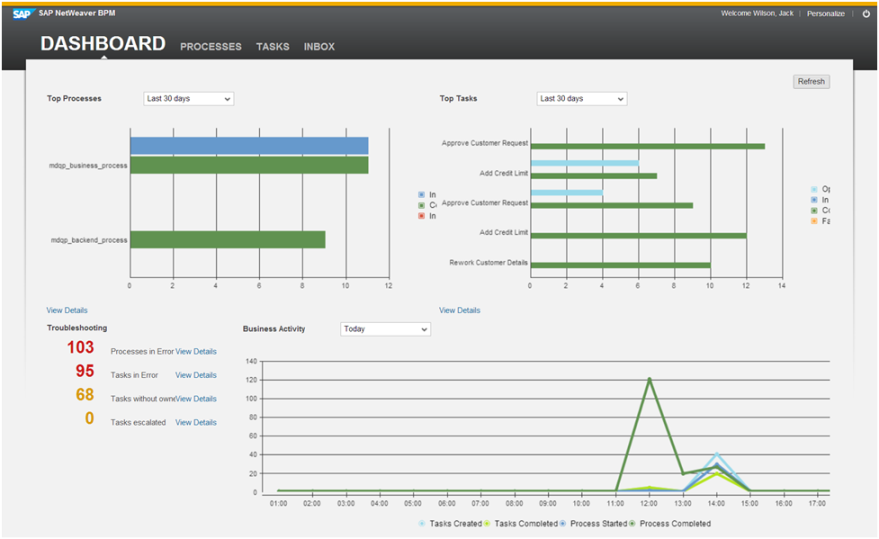 For each task definition you can now create a custom list of attributes to display additional information that is useful for the persona performing that particular task:

The BPM Reporting API is introduced as an extension to the BPM Public API. It allows you to find your process by context values. It enables you to provide process monitoring to end users, different from the tech monitoring via SAP NetWeaver Administrator, so that end users can see the step, what’s the status of the process instance, etc.

In a nutshell Process Monitoring UIs for end users allow to:

For more information read these blogs: 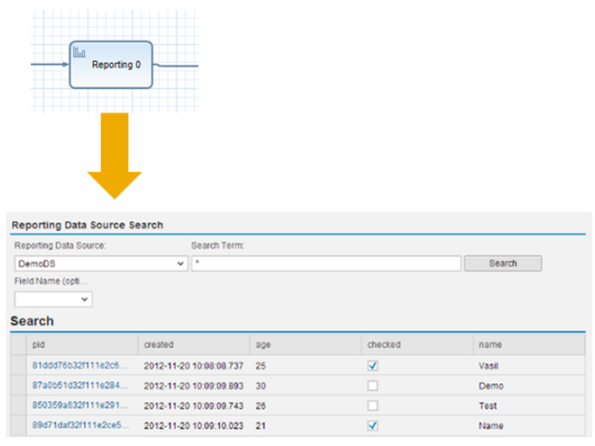 Managing of Substitution Rules in your BPM Inbox

There are two options for creating substitution rules:

Option 1: Tasks are automatically forwarded during pre-defined period of absence.

Option 2: The person who will substitute can activate automatic task forwarding and take over in case of unforeseen absence.

You have an overview of current substitution rules for your substitutes and colleagues for whom you are a substitute. These rules can naturally be activated / deactivated and are persisted in the BPM system (not managed in your inbox). 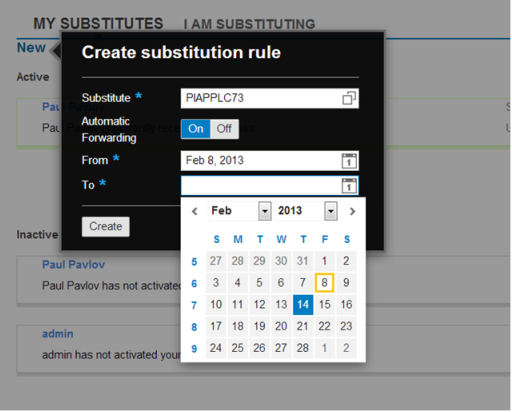 The following events can be currently used in a scenario definition:

In addition, attributes updated by a reporting activity are available as context data in the scenario.

As you probably know, with the shift from dual to java-only stack, customers have two installation options:

Customers migrating from dual-stack to Java only can get avail of improved runtime behavior and limiting concurrent processing of large messages to avoid ‘out of memory’ (OOM) occurrences. When large messages are processed concurrently, there is a risk of OOM for the Java server when the system performance goes down. Typical use cases could be memory intensive mappings such as XSLT or memory consuming receiver processing.

In a nutshell: Large Message Queue configuration via permits and threshold: 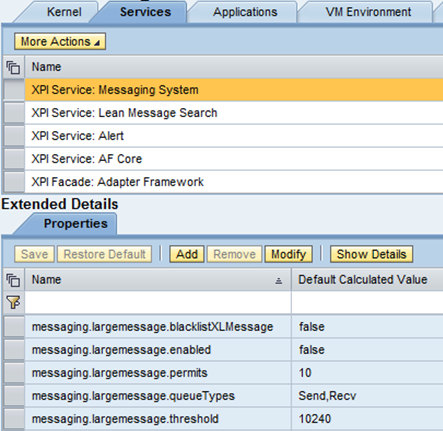 Expression editor or graphical mapping editor?
The expression editor becomes a challenge in case of complex mappings. You can now choose between both editors in Preferences. The graphical editor which is more intuitive is used by default. The graphical editor for field mappings is used by simply dragging and dropping of fields and functions into the editor pane. It allows easy maintenance and better visibility. 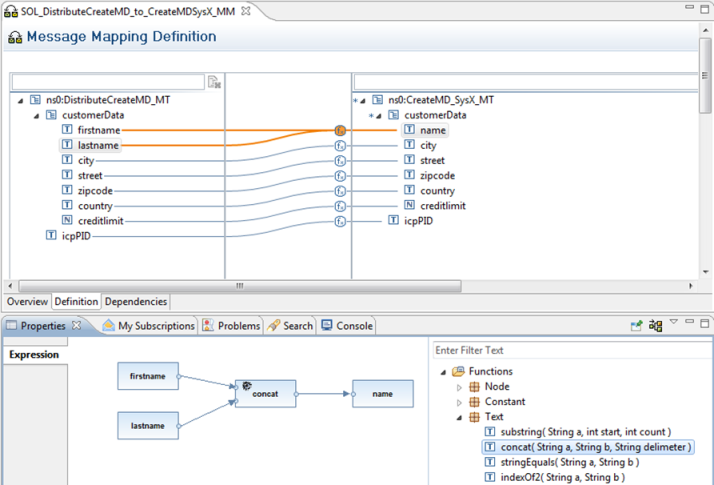 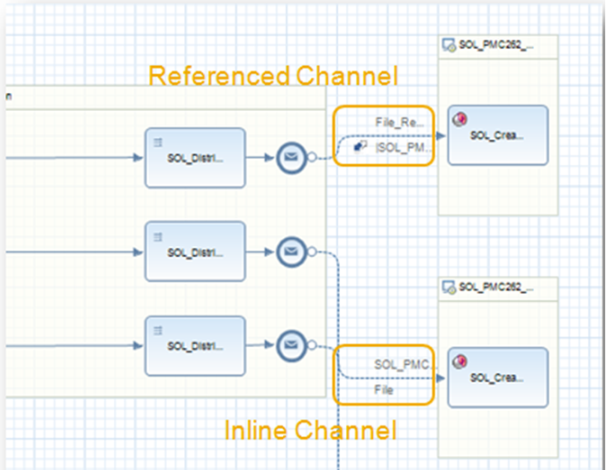 Integrated Monitoring between AEX and BPM
Reliable messaging has been introduced and you can now get avail of improved TCO by monitoring messages across SAP NetWeaver PI and BPM in the BPM Log Viewer.

To provide monitoring capabilities for SAP NetWeaver Process Orchestration scenarios across PI and BPM, message-related business log entries contain the message ID that is delivered by PI to BPM using the XI 3.0 message protocol. This information can be looked up in the BPM Log Viewer to follow up on what happened to a PI message in BPM. From the PI message ID in the Business Log Viewer, you can navigate to the PI message monitoring.

Please note:
The PI message ID is only provided for Process Orchestration scenarios. For scenarios that do not involve PI, and which specifically do not use the XI 3.0 protocol for sending messages, no message ID is displayed with the corresponding business log entries. 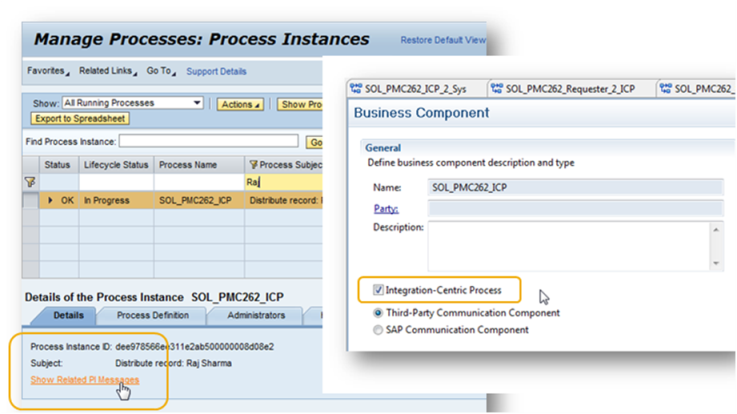 Please see the release notes for a complete overview of enhancements with SP06, including different SAP NetWeaver components.

We recommend that you upgrade to the latest SP to benefit from all new enhancements.

Excellent we just upgraded, so now I know what to look for.

One thing that I have not been able to find is how to upgrade NWDS from SP4 to SP6 or just a clean install.

Personally, I prefer to install a clean version when moving from SP to SP of NWDS - I've had too many issues and "features" in the past so prefer not to perform an in-place upgrade.  I'd also go with a new, clean workspace for the new install.

To download the software, go to: https://nwds.sap.com/swdc/downloads/updates/netweaver/nwds/nw/731 and log in with your S-Number, then navigate to Downloading Distributions and choose what is most appropriate for you.

Even if you select upgrade, it will put the the new version for each plugin next to the old one so the NWDS folder will double in size.

New installation is really the best way to go.

wow that's gr8. need to try this sooner than later...

Good to see lot of improvements/new features in the area of BPM and of single stack..

Though I am aware that future stack is of java only...

I would like to know any thing to cheer for dual stack installations with this SP?

since the dual stack comes with an adapter engine on java it also benefits from some features that we provided on PO such as the b2b adapter enhancements, large message queue for integrated configuration scenarios running on the adapter engine, and graphical mapping editor.

Dear all, thanks for sharing this information.

Can someone  confirm whether most of these new features are also available when using SAP BPM/BRM as part of SAP CE?

Many thanks, Roberto Viana

Yes, all BPM-related features (including conditional start) are also available in a standalone BPM installation on CE. Of course you don't get the PI and B2B parts then.

Hi Christian,  many thanks for your feedback.

Does it make sense for customers with a green-field scenario to implement a new BPM solution using CE? Or is it better to go for PO?

I have the feeling that CE is not on SAP BPM's roadmap anymore which makes the choice for PO very obvious.

nice, especially the conditional start and the bpm dashboard i would try. I will ask our admin to do asap 😉