What to Make of the Madness

Let the Madness Begin!!! Selection Sunday is behind us and the bracket is officially set. Some of the elite college basketball teams in the nation are ready to play. But there’s a reason it’s called March Madness. Upsets are bound to happen and some of the “underdogs” are eager to bust up your hopes of perfect picks. Bracket pools have already started to take shape in offices across the country. So what are people saying about this year’s Big Dance? 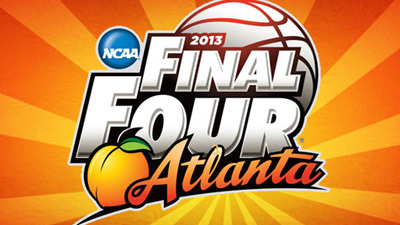 NCAA March Madness is one of the most exciting and most anticipated times of year in the world of sports. As the anchors and analysts give their advice on TV and all over the web, let’s take a look and see what everyone else has to say about March Madness. Using SAP Social Media Analytics by NetBase, we can measure the buzz online in many different ways. No matter if the conversation is happening on Twitter, Facebook, blogs or forums, we have comprehensive analytics to help us break down the chatter. Click on the graphics to enlarge view.

We can start by looking at the positive and negative sentiment over the last week. We have an hourly breakdown that allows us to see the activity around March Madness online. Last week was Championship Week when many teams were fighting for bids for tournament participation. We can see that it was very much up and down as the results of these games were unfolding. The largest surge of activity comes from Sunday, March 17th continuing into Monday, March 18th. This is the result of Selection Sunday and the official bracket being set. Quite a bit of buzz as people are making their picks and cheering on their favorite teams.

Next, we can look at a summary of the sentiment over the past month and get an idea of the top terms and attributes in the online conversation. Net sentiment is at a whopping 78%! This is very impressive for any brand or topic. This means that the ratio of positive comments compared to negative comments is heavily favoring the positive side. Passion intensity has a score of 99 which means that many people are mentioning strong emotions like love far more than hate. It looks like March Madness is the favorite time of year for many.

If we want to see where on the web the conversation is taking place, we have a view of the top sources and domains. Blogs and microblogs are driving 60% of the conversation. This isn’t too much of a surprise as many people can’t help but tweet and post to Facebook as they cheer on their favorite team. A breakdown by domain reveals that Twitter and Facebook dominate and other blogs and forums follow suit.

Here is an interesting comparison. We are looking at a map of all the tournament teams in the United States (left) compared to the geographical sentiment breakdown (right). Notice the correlation between the two. The areas with teams in the tourney are making more noise online. There is one key state to note, and it’s a hard one to miss. This year, Texas has zero teams making an appearance in the tournament. This has not happened since 1977. Notice how Texas still has a lot of activity in the analytical view despite lacking teams to route for. This could be a result of many disappointed fans in the Texas…

One of the most powerful aspects of our analysis is being able to drill down into our analysis. Let’s see what folks in Texas are saying about March Madness. By simply selecting Texas on the map, we can filter the stream of sentiment to Texans only. If we wanted to, we could even send consolation tweets to these fans directly from our analysis dashboard. Better luck next year Texas.

So people are pretty pumped up for the NCAA tourney. The bracket is set and time will tell which schools will survive the madness. Who do you think will come out on top? Any upsets you have your eyes on? Best of luck in making the perfect picks and enjoy the ride! It’s bound to be an exciting one!