16th March 2013 marked the date for the first-ever SAP Inside Track in Delhi (Gurgaon, India to be precise). The preparation for the event started in February 2013 when Naresh Kumar Malik came up with the idea to organize the event in Delhi. Awareness about the event was spread through SCN, email, word-of-mouth, LinkedIn, Facebook, Twitter, posters etc. A Wiki for the event was created on SCN. Based on the interest areas of the registrants and after reviewing the abstracts from the interested speakers, the sessions for the event were finalized. The event was held at the SAP office in Gurgaon and was sponsored by SAP Labs, SAP GDC and SAPPress. While SAP Labs and SAP GDC sponsored the infrastructure and food, SAPPress provided discount vouchers for all the participants and sponsored SAPPress books up to $80 for each of the two best presenters at the event. Arun Bala (SAP mentor) provided constant guidance to help organize the event.

The day before the event, the total count of people who had registered (minus the cancellations) was 145. On the day of the event, around 71 people turned up! Participants came from various companies like Deloitte, Capgemini, Accenture, IBM, SAP, Nagarro, DuPont, HCL, Fujitsu, Steria, Sparta, IB Technology, Incture, Noida Power Company etc. 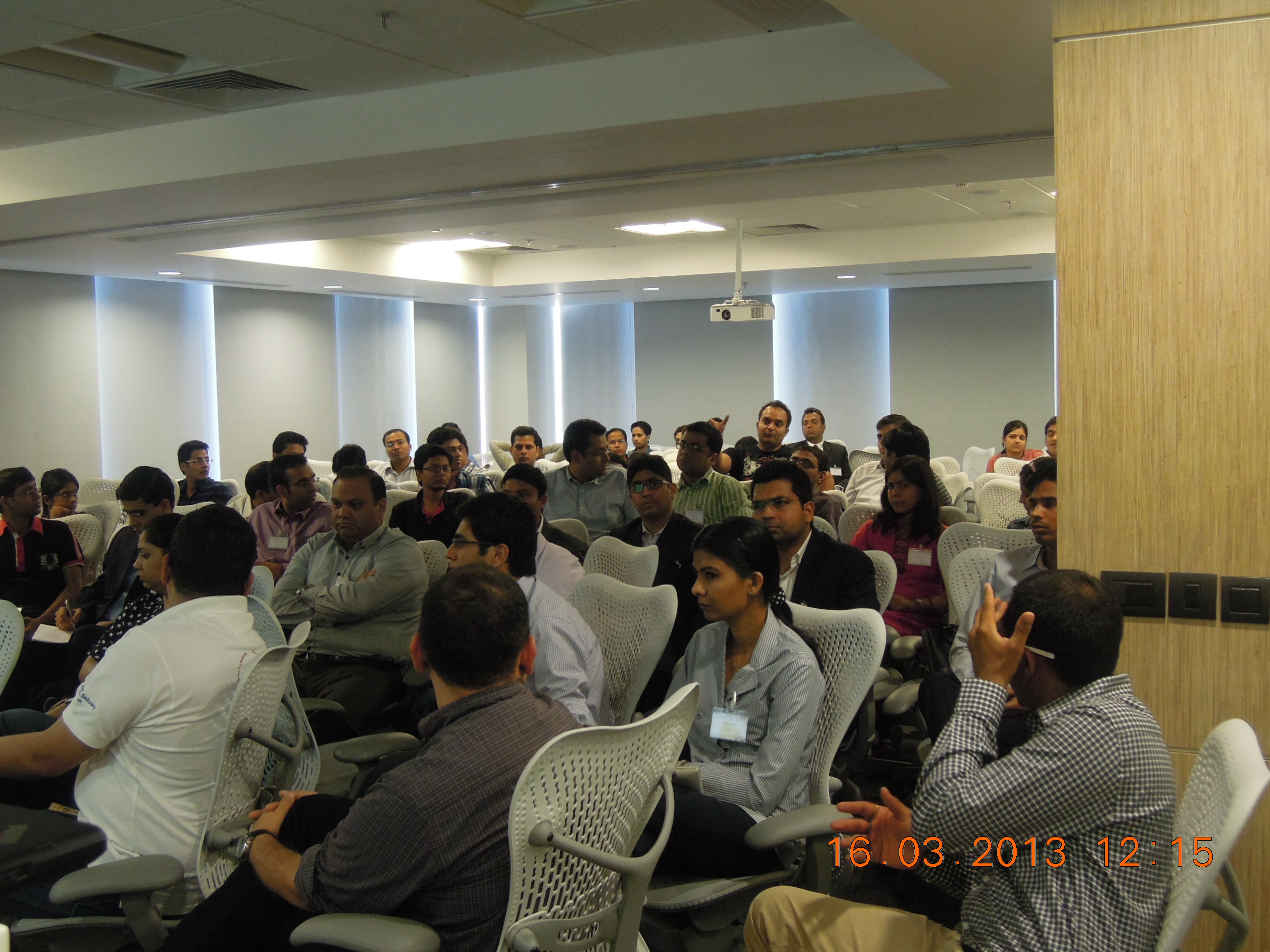 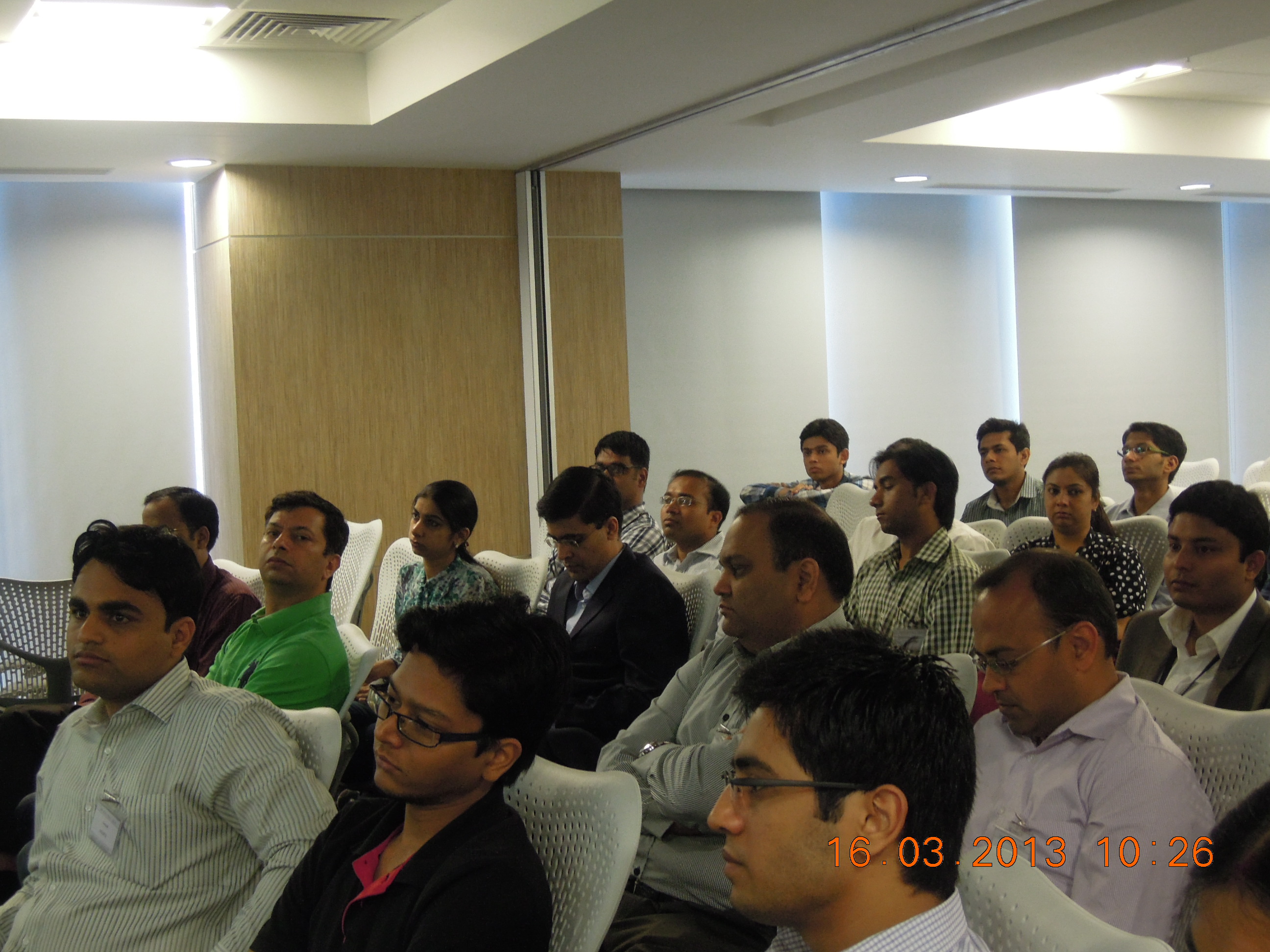 Towards the beginning of the event, there was a keynote session from Somnath Manna (SAP mentor) who joined remotely. Somnath shared his experience about previous Inside Tracks and stressed upon the importance of community sharing. After the keynote, the participants got into a speed networking session. Groups, based on area of work were formed and people were let free to interact with each other. 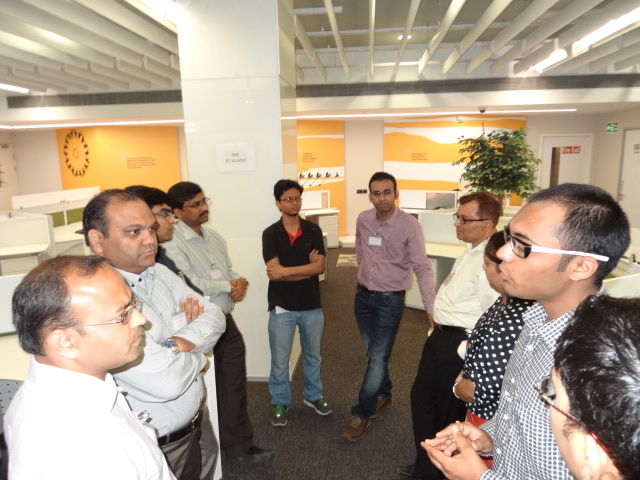 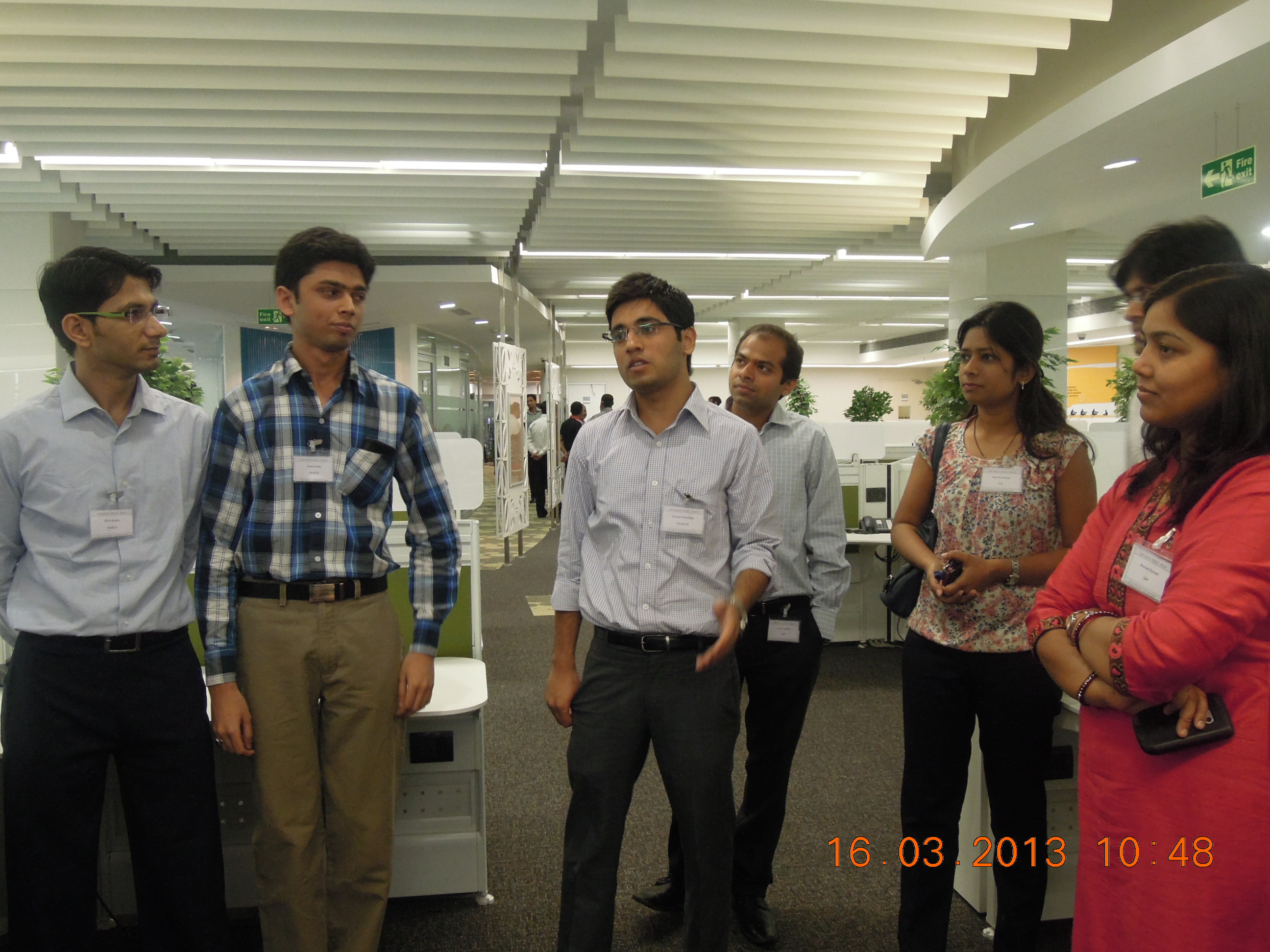 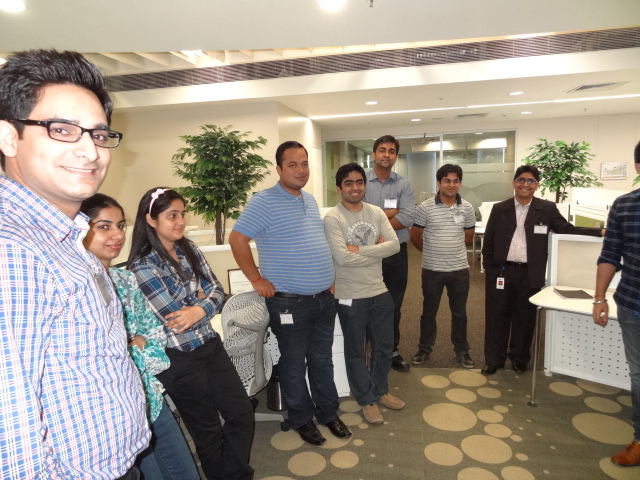 (Above: Participants networking with ‘speed’)

Then started the series of pre-lunch knowldge sharing sessions, the first one being on SAP’s Enterprise Information Management solutions by Sanjeev Singh from DuPont. 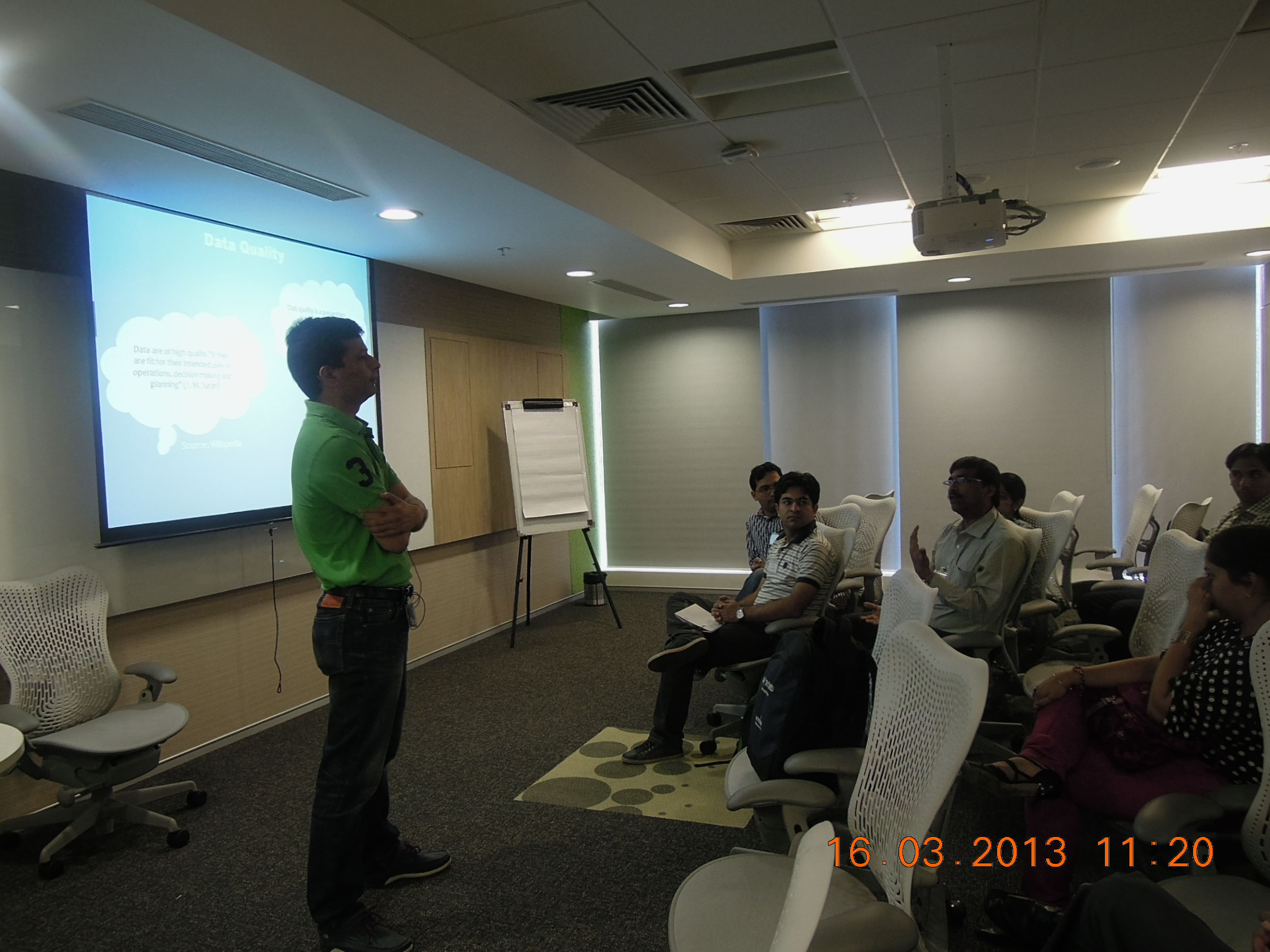 (Above: Sanjeev Singh during his session on EIM)

Sanjeev exposed the audience to this relatively new area dealing with data quality which is increasingly becoming important due to the rise of ‘Big Data’. The next two sessions were on cloud – the first one by Dhirendra Singh Rajput from SAP Labs and the second one by Abinash Nanda from SAP GDC. While Dhirendra primarily talked about process and data integration on cloud, Abinash showed a demo of an application running on cloud. 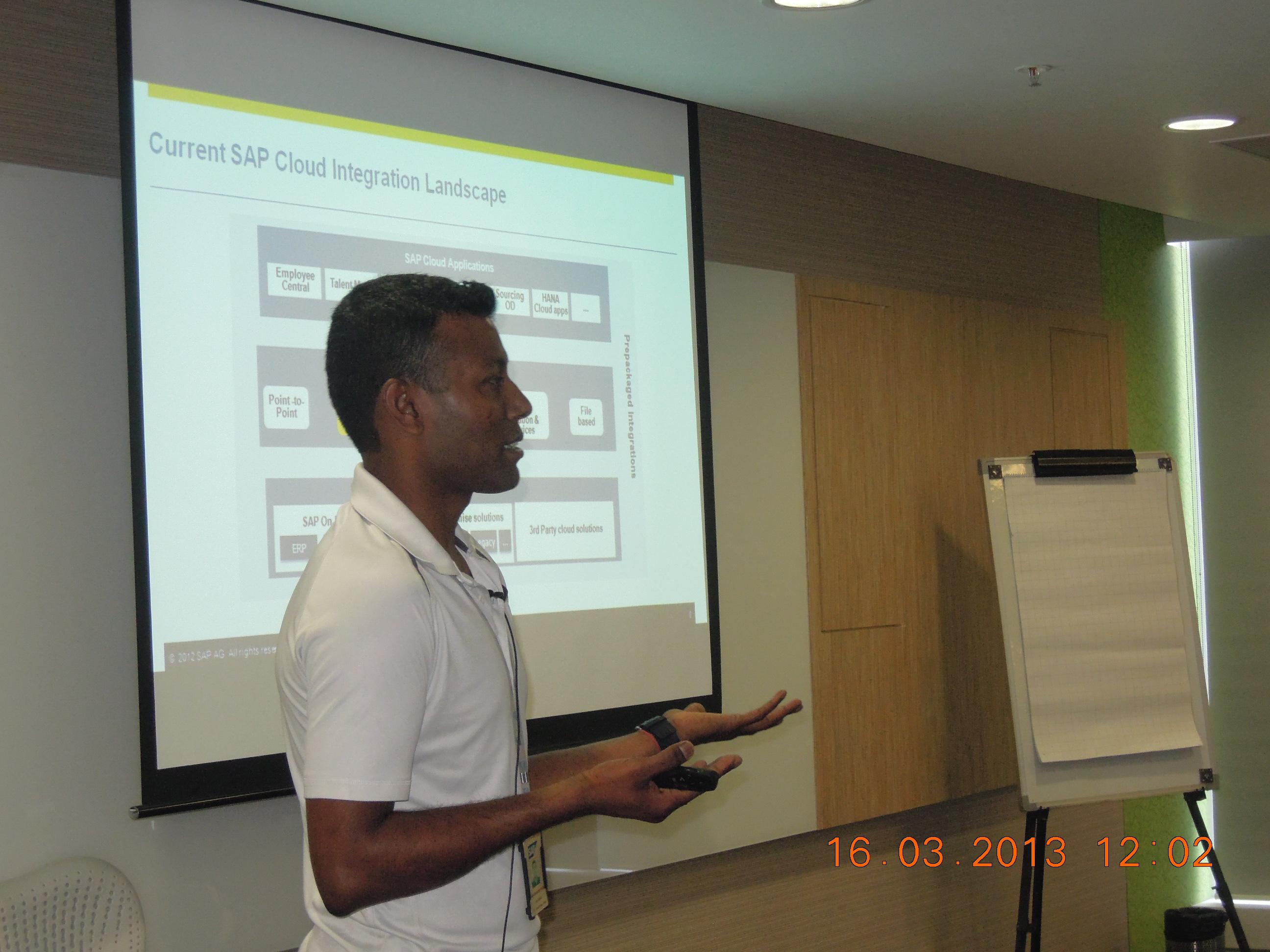 (Above: Dhirendra Singh Rajput during his session on Cloud) 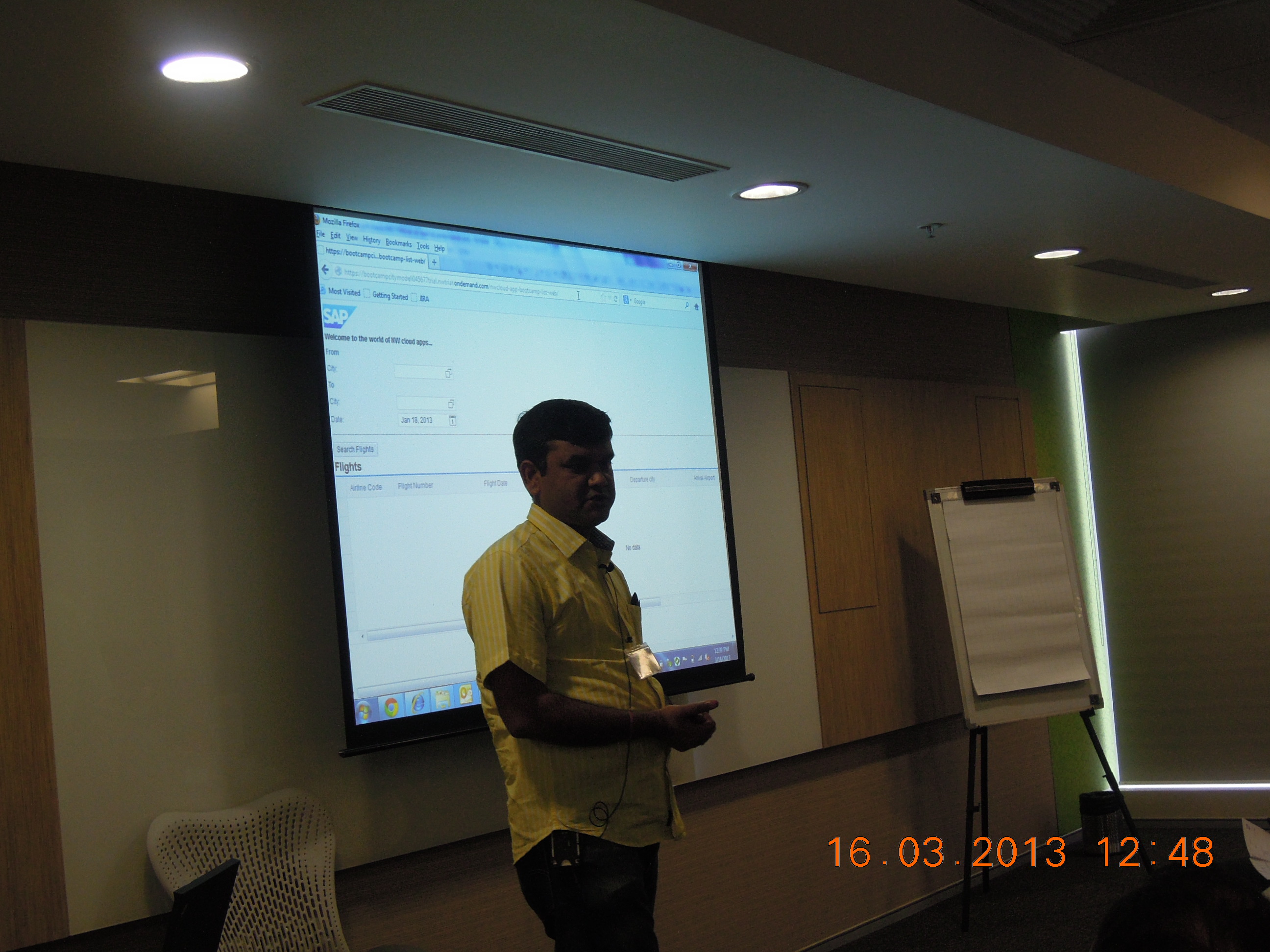 (Above: Abinash Nanda during his demo on cloud)

The post-lunch program started with a session on Single Sign-On by Rohit Kumar from Nagarro. Rohit shared information about the ‘what’ and ‘how’ of his topic. His session was followed by one from Nikhil Mittal from SAP GDC who gave an interesting overview on the very popular and new topic of HANA. The session covered the basics of HANA and helped provide much clarity on the subject. The next session was a demo by Shalini R N from SAP GDC who showed the basics of modeling in HANA. Her session provided what was the first look into HANA Studio for most of the audience. Davesh Bhambey from Deloitte gave the next session on SAP UI5 which is the new UI technology adopted by SAP. Although the topic was a technical one, Davesh delivered it in a manner so that even non-technical people could relate to it. 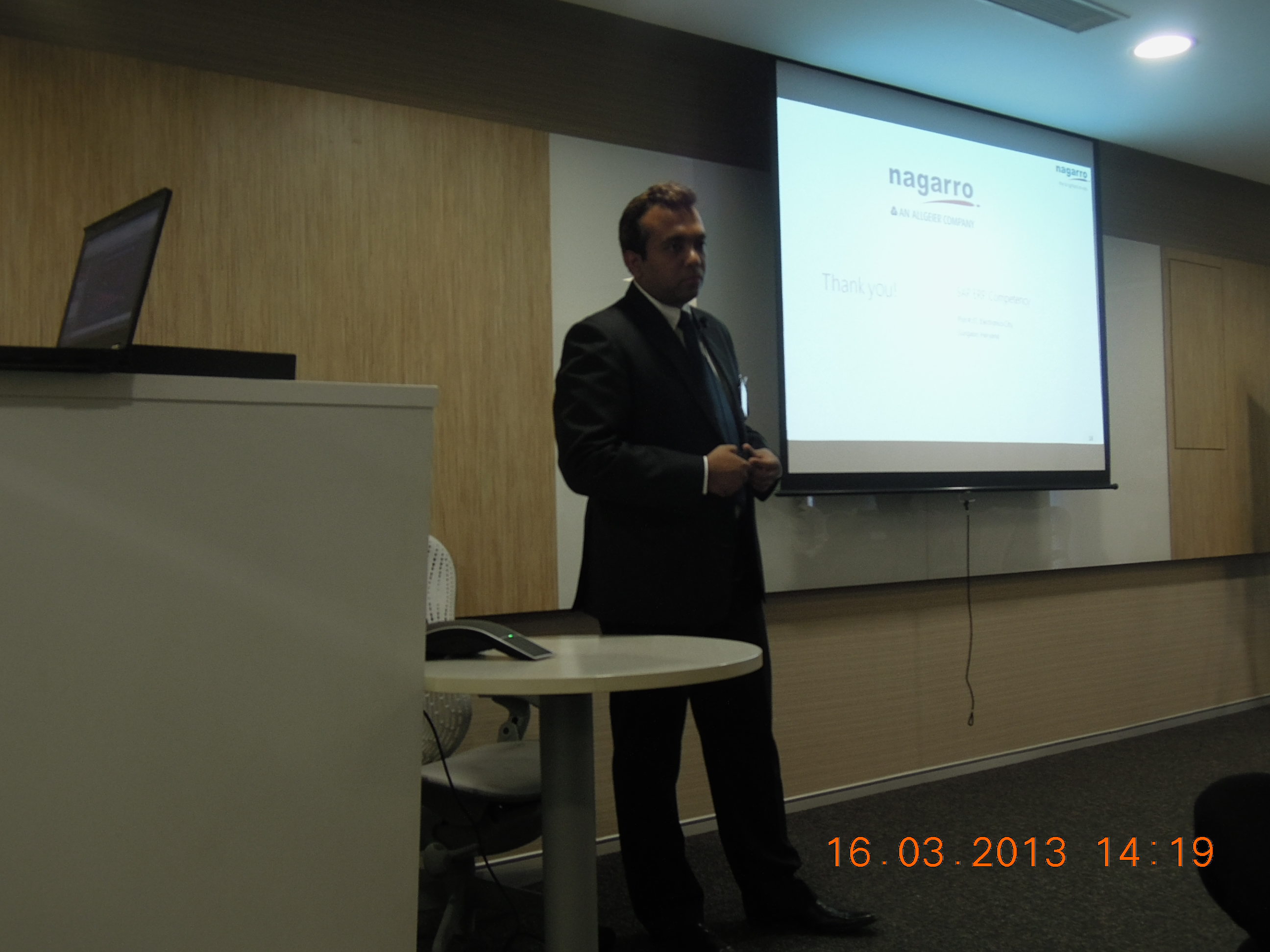 (Above: Rohit Kumar during his session on Single Sign-On) 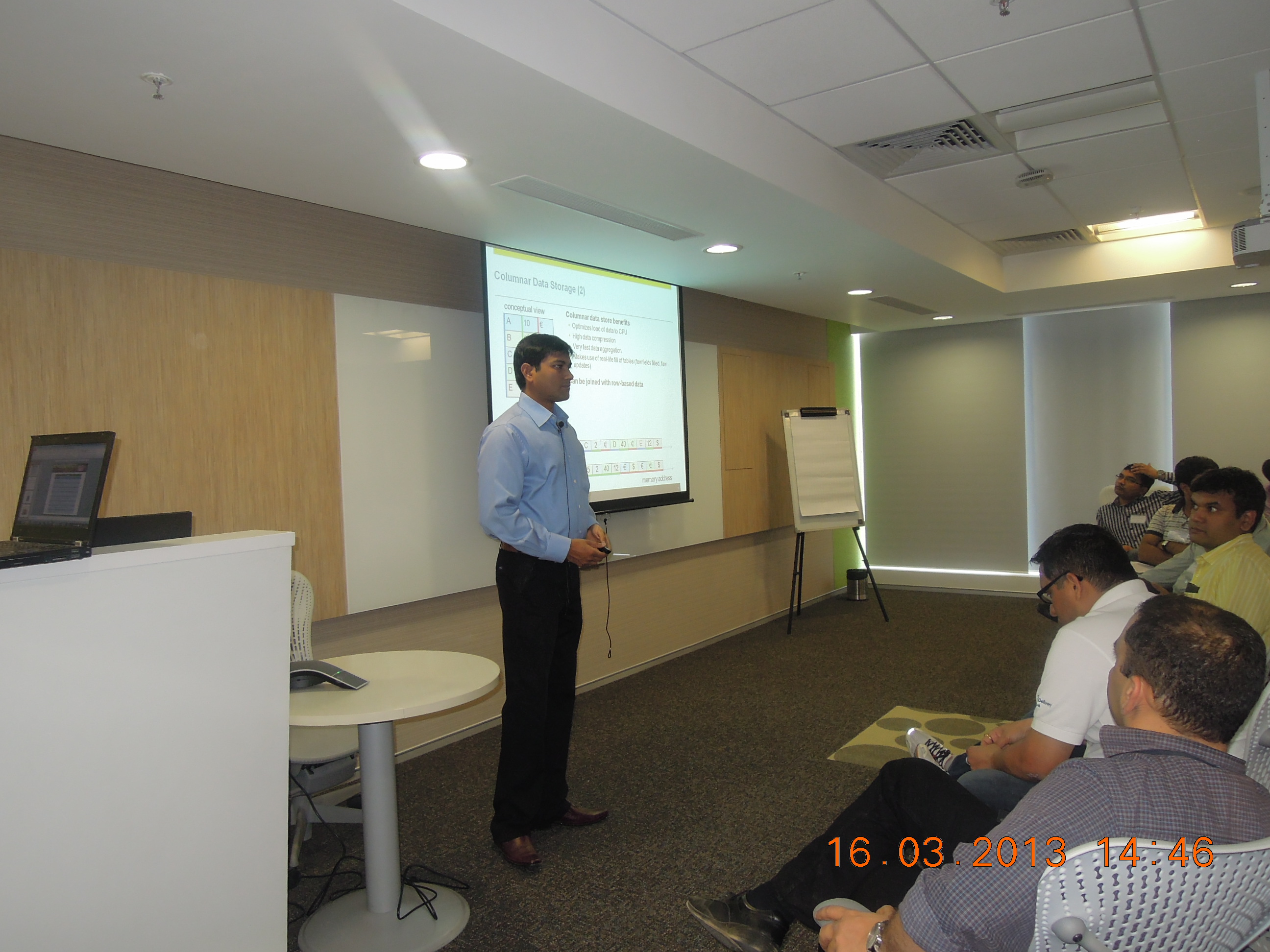 (Above: Nikhil Mittal during his session on HANA) 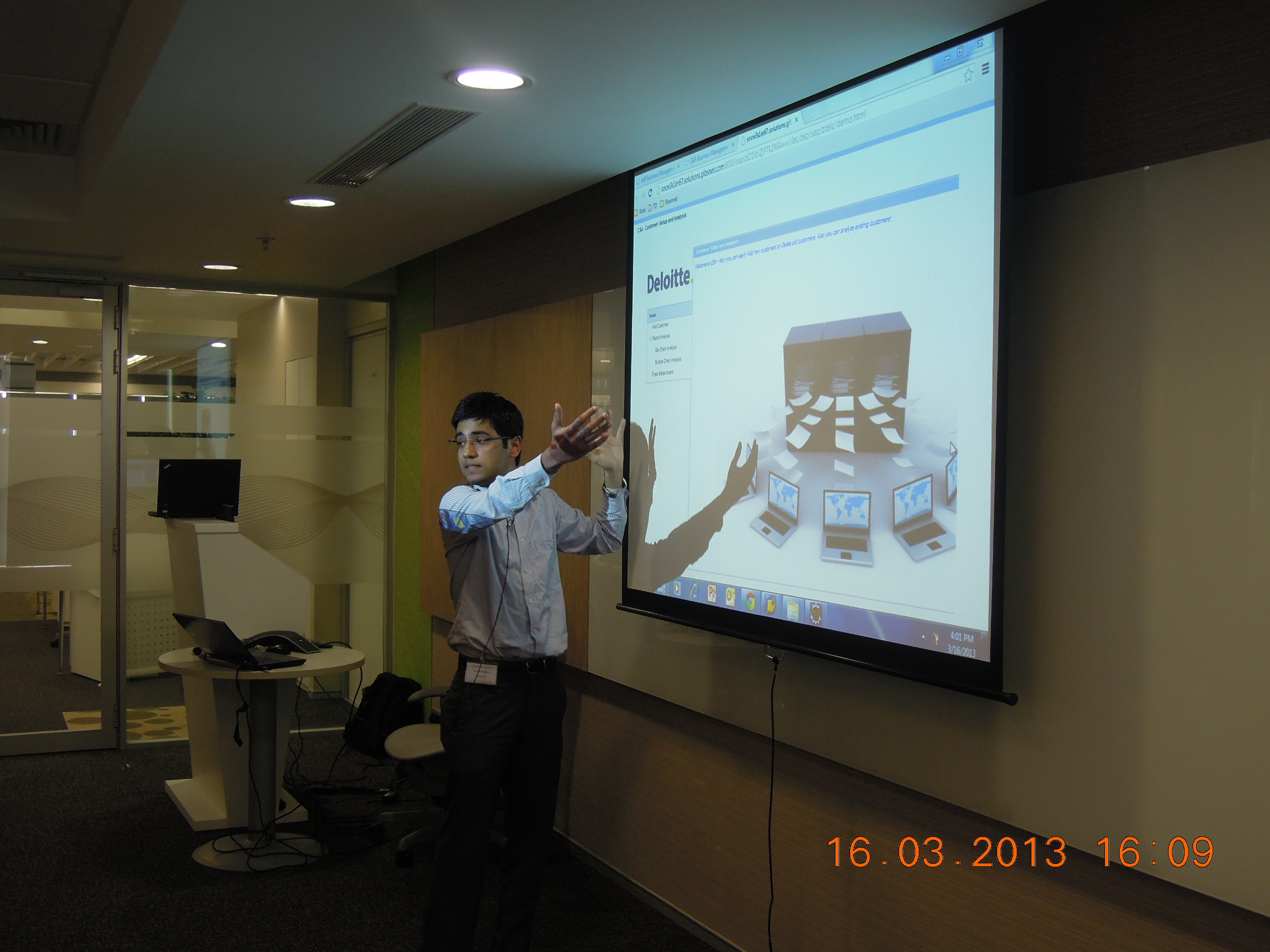 (Above: Davesh Bhambey during his session on UI5)

The next session was jointly given by Reema Mittal and Shilpi Khanna from SAP Labs. Their session was on Mobility and the SAP products in this area. They covered their topic in a wholesome manner. Last but not least by any means, was the session on gamification by Kunal Sorout from SAP Labs. Kunal talked about the concept and principles of gamification and how it helped them improve their team’s productivity. 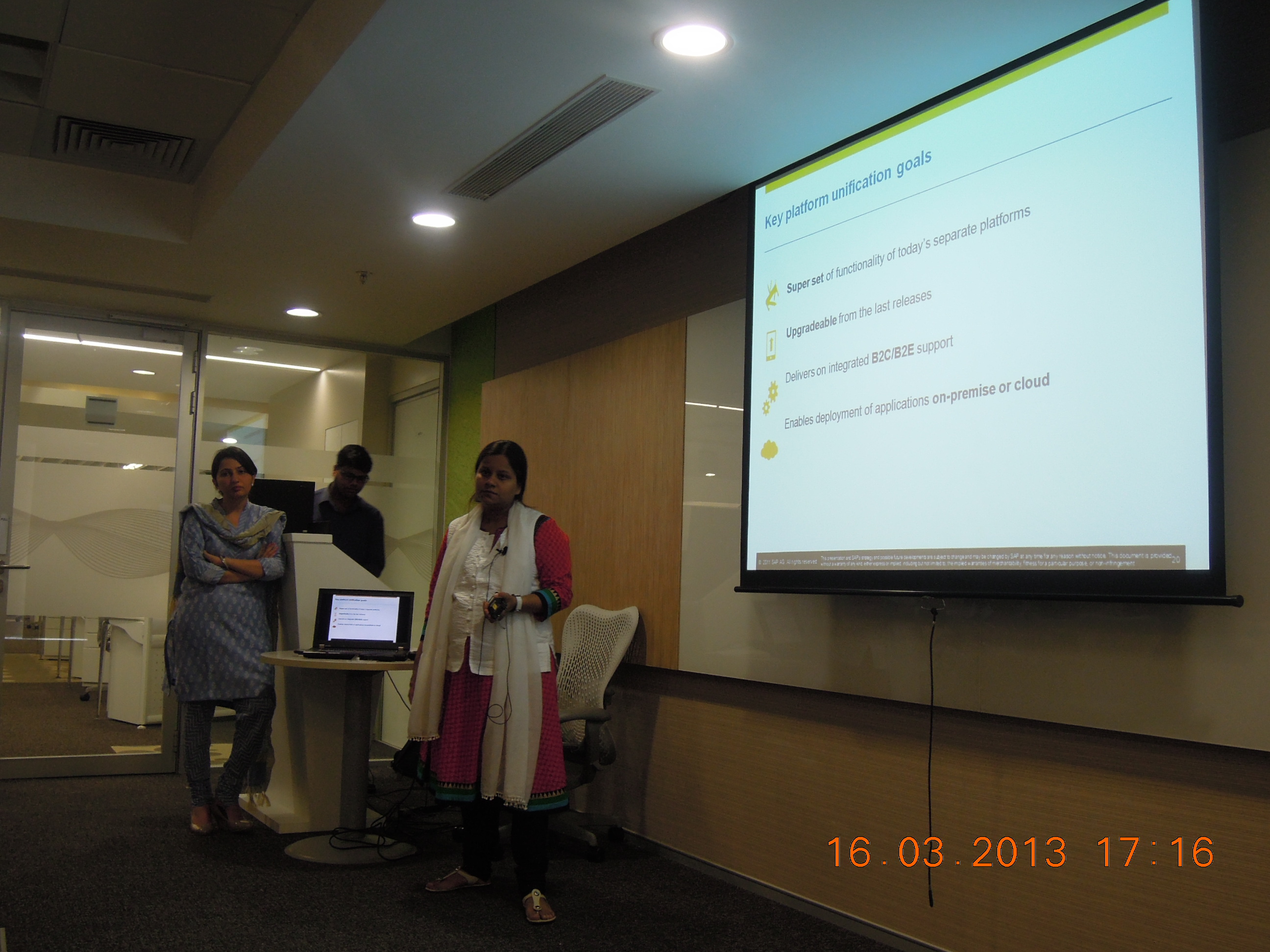 (Above: L-R: Shilpi Khanna and Reema Mittal during their session on Mobility) 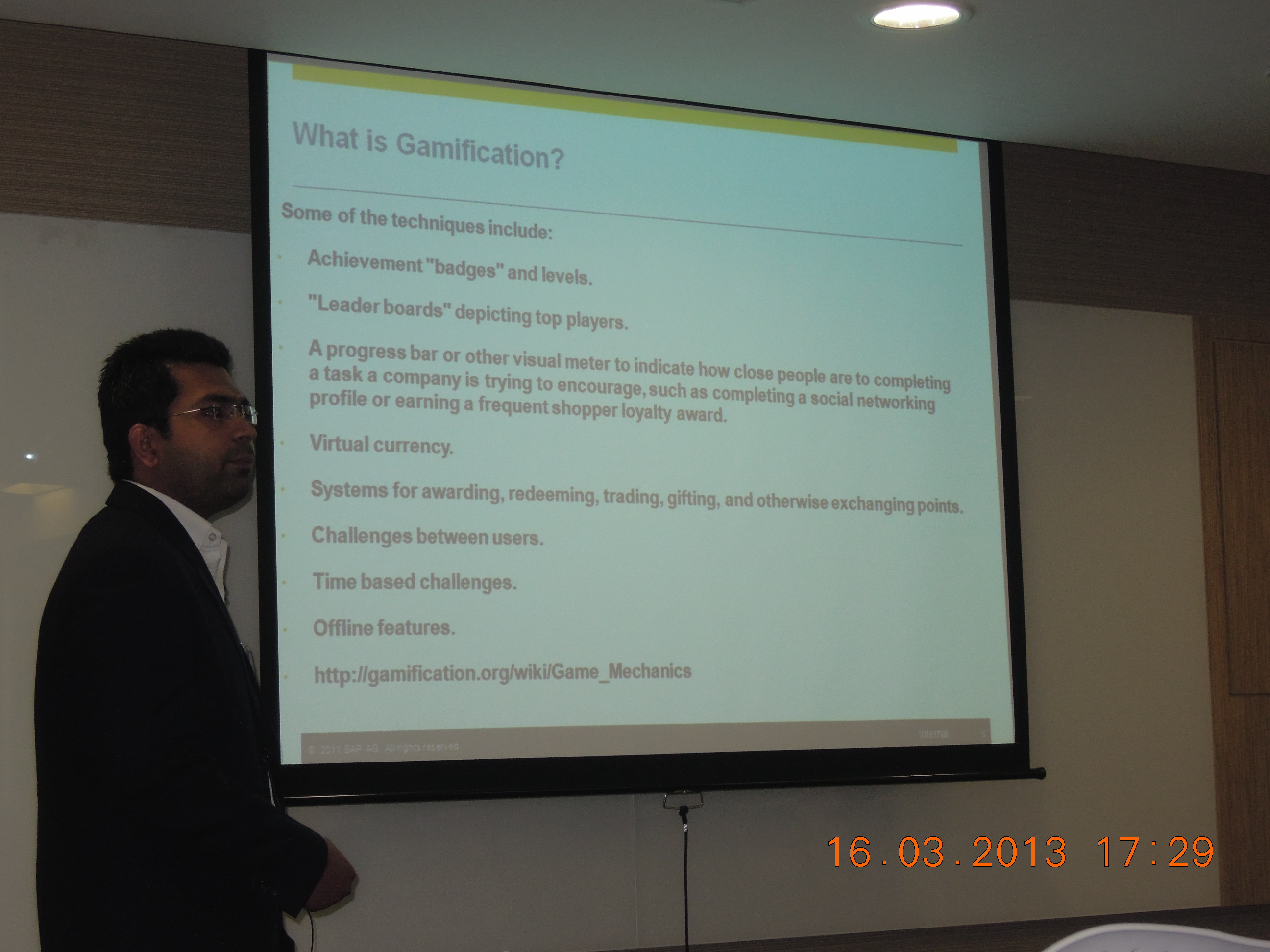 (Above: Kunal Sorout during his session on gamification)

After all the sessions were over, public voting was done to select the best two presenters of the day. The winners came out to be Nikhil Mittal for his session on HANA and Abinash Nanda for his demo on cloud.

Overall, a good response from the local SAP community was seen which shows promise for scaling up the event in future. Thanks to Yogesh Joshi (SAP GDC), Rohit Gupta (SAP Labs) and SAPPress for sponsoring the event!

Thanks Akshat !!! for beautifully covering the event details in this blog.

Thanks to the Organising team for such an event.

It was a great event. looking forward for such events more in future.

It was fun coupled with good learning 🙂

We will upload the recordings soon

Nice wrap-up and I look forward to checking out the recordings.

Thanks all for such a wonderful event.