Five #NFL Draft Picks That Could Have Used #SAP

With SAP’s recent announcement of our new SAP Scouting Solution for NFL (American) football, I thought it would be fun to look back on some dubious NFL draft picks that could have been avoided with the benefit of cloud, analytics and in-memory technologies.

This is just a fun list, but you can imagine how the new technology can help teams evaluate players more effectively and efficiently. For sports geeks like myself, this is just the tip of the iceberg. Many teams have already gone “all in” on data-driven decision making and the “Moneyball” approach (a term which is criminally misused by the way – a topic for a future post), and technology needs to keep pace with these strategic thinkers being hired into upper management of the NFL, NBA, MLB, and soccer leagues around the world. I’m looking forward to the roadmap of what’s to come, and hopefully next month we’ll learn how the SAP Scouting Solution helped the San Francisco 49ers in their upcoming NFL draft.

In the meantime, I hope you enjoy a laugh (or a cry) at five memorably bad draft picks from NFL history. Feel free to add your own list of “draft busts” in the comments section below. 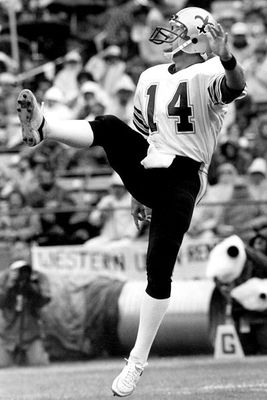 Not only was it unwise to select at punter/kicker this early in the first round – only one other kicker was ever selected earlier than him – but he was not even a good kicker or punter. He played just 4 years in the NFL and made 4 career field goals.

How SAP could have helped: To be fair, in 1979 teams didn’t have the data or technology available to do a statistical analysis of the true value of a good kicker or punter to your team. Nonetheless, this is an excellent example of getting low value relative to your draft position. Even if Erxleben had been an excellent kicker and punter, his value would not have exceeded that of other players available at that time…say, for example, a quarterback named Joe Montana (taken 82nd overall). 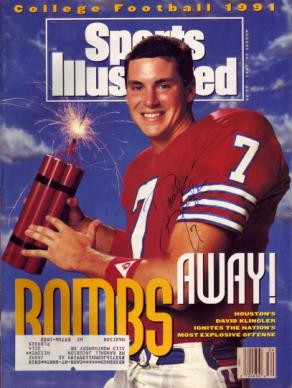 Klinger is a great example of a “system quarterback”. That is, he excelled primarily because of a unique offensive system – in this case, the Run and Shoot offense – that worked well in college but not so much in the NFL. Klinger had almost obscene stats in college – he once threw for 11 touchdowns in one game – but he only played 4 NFL seasons with Cincinnati and had a 4-20 record.

How SAP could have helped: Today, I would hope the Bengals would use analytics to study how Run & Shoot quarterbacks have historically performed in the NFL. That quantitative data, combined with video study and scouting reports, could provide a more informed basis for this selection. This example is fairly simple. Jones was legally blind in one eye, but apparently the Giants were not aware of it when they drafted him. As a result, he couldn’t play on the left side so they had to switch him to the right. He did play for 5 seasons but had just 15 sacks and was mostly a bench player. A modest career and certainly not one worthy of the 5th overall pick.

How SAP could have helped: By having all information about a player in one system and accessible to everyone, perhaps that little factoid about being blind in one eye would have been noticed by someone and raised a red flag. 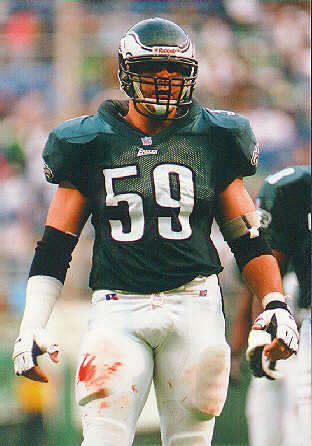 This is a cautionary tale for putting too much stock into “workout metrics” for player evaluation. Mamula was a good-but-not-great player in college, but at the annual NFL scouting combine he blew everyone away with his 40-yard dash, his bench press strength, and his “football IQ” tests. This led to the Eagles trading 3 draft picks to Tampa Bay to move up and grab Mamula. The problem is that they forgot to look at actual game footage to see if he was that good. He wound up having an okay, injury-plagued career with no Pro Bowls. Meanwhile, Tampa Bay used two of those picks to draft Warren Sapp and Derrick Brooks. They combined to make 18 Pro Bowls during their careers.

How SAP could have helped: By compiling a unified profile of eachplayer (game film, scouting reports, combine numbers), the Eagles could have had a more balanced view of Mamula’s actual talent level. The other lesson is that simply looking at numbers isn’t enough. You have to look at them in the proper context, and always question if they are the right metrics to be looking at in the first place. 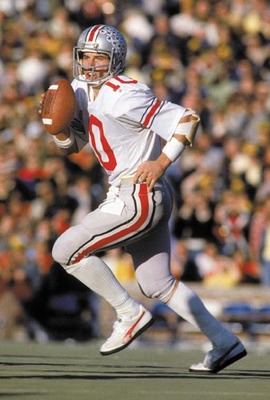 This is the draft pick that made NFL general managers look more closely at “character issues” before drafting a player. Schlichter was a highly successful college player but was also known to have gambling connections. Nonetheless he was picked 4th overall by Indianapolis and suspended twice by the NFL for gambling, and was effectively banned from the league in 1987. He only played 13 games in the NFL.

How SAP could have helped: Similar to the Cedric Jones example above, having a consolidated profile of each player will lead to more informed personnel decisions. It also illustrates how the “Moneyball” approach is not about statistics. It’s about utilizing all available information (quantitative and qualitative) to make the best decisions at a given time. This can become a competitive advantage for teams that are able to identify market inefficiencies in player evaluation and exploit them when building a roster.

So that’s my list. Feel free to add your favorite draft busts in the comments section. Thanks!

One bust I would include in the list is #1 overall pick in 2007, JaMarcus Russel who was 7-18 with the Raiders.  Perhaps a combination of combine phenom + "system quarterback".

What about Heath Schuler as QB for Washington team?  Bad draft pick?  How could SAP software have helped?

Good question. Sometimes it's not a lack of information but how you interpret it. SAP should help teams not only create a single source of truth, but also determine which metrics have the most predictive value. Superficial QB stats (TDs, yardage, etc) can be misleading especially in college. We need to help talent evaluators come up with the proper mix of information to determine the Tom Bradys from the Heath Schulers. Baseball is ahead of football regarding advanced metrics, but the NFL has a bunch of smart people working on it. We need to work with them.

Nice post Chris. I'd also add former NY Giants back Brandon Jacobs. He wasn't a total disaster but certainly failed to live up to his potential. How can you be THAT BIG and not score a touchdown every time you're handed the ball? Tony Mandarich (sp?) also comes to mind....

Thanks, Tim. We can have a lot of fun naming all the draft busts of recent years. I joked on Twitter that this is the first Draft Bust list that didn't include Tony Mandarich, Ryan Leaf or Brian Bosworth 🙂

For Patriots fans, the big question in the winter of 1993 was which player would New England select with the No. 1 overall pick - Drew Bledsoe or Rick Mirer? Without the benefit of SAP, New England still chose wisely. Mirer went No. 2 to Seattle and after a few seasons of throwing interceptions as a starter was mostly relegated to back-up duty.

SAP could prove to assist in the opposite this year, that is... Finding the diamond in the rough rather than avoiding the overrated bust. This year's QB class has been receiving some uncorrelated negativity because they don't quite rack and stack compared to Luck and RG3 of last year. However, a lot of the analysts are comparing some of these prospects to Eli Manning and other NFL superstars, yet no QB's are projected to go as early as they typically do.  Certain to be some bargains for the most important position this year.

Thanks for the comment Ryan. Totally agree, there are always diamonds in the rough, especially at the QB position which can be the hardest to project. Russell Wilson - 3rd round; Kaepernick - 2nd round, and so on. It'll be fun to watch and see who gets taken where and how they develop!

I'm very intrigued by this topic.  While you can look at factors that may better predict how a prospect will do, there is something to be said for the team and the system they play in.  Kurt Warner was undrafted and relegated to the arena league but excelled with St. Louis.  Can SAP assist in matching the prospect to the team's style of play and predict success?  Or take the hypothetical case of if Joe Montana played for the Raiders, would he be in the Hall of Fame?

You might be able to run some correlation analysis for college QBs and the systems they run, but a lot of it is art vs. science. The other challenge with football is that the sample sizes are so small. 16 games for the NFL vs. 162 for baseball and 600 at-bats for each player. Much harder to get statistically significant data for football players which is why the "art" of scouting is equally important.

Since the 2013 draft is over, does anyone want to speculate on the best "sleeper" or "bust"?  I'll nominate USC Quarterback Matt Barkley as my sleeper.  He could have been a first rounder in 2012, but decided to go back to school and forgo big bucks.  Unfortunately, his senior season wasn't so good and he was drafted by the Eagles in the 4th round. Expecting him to have the motivation and show he has "something to prove."