Betting on the Right Horse: The Oscars From a Marketer’s POV

A mere 48 hours after hosting the 2013 Academy Awards, Seth MacFarlane said he’d never do it again.

“The Oscars is basically the Kobayashi Maru test,” he quipped, referring to the fictional Star Trek combat simulation designed to evaluate how leaders conduct themselves in an unwinnable scenario resulting in certain death.

During the broadcast, MacFarlane managed to offend a long line of religious, gender, and minority groups.  To anyone familiar with the emcee’s work as a writer and producer, his Oscar performance was just Seth MacFarlane being Seth MacFarlane.  The Academy of Motion Picture Arts and Sciences selected him to distance itself from its reputation as an older, stuffier institution while boosting ratings at the same time.  MacFarlane accomplished just that, drawing 3 percent more viewers and achieving six-year high Nielsen ratings among the 18-34 and 18-49 demographic groups.

So how do you balance gaining more viewers, advertising revenue, and positive brand recognition without offending virtually every demographic group at the end of the day?  Is this really an unwinnable scenario?  And what can retailers learn from the Oscars to prevent their own branding  blunders?

You’ve probably heard that half of all marketing dollars is wasted – the problem is knowing which half.  Forget guesswork; the technology now exists to evaluate, compare, and take action on boosting your brand’s perception.  Marketing organizations can no longer afford to miss out on what customers are feeling and saying about their brand.  One misstep or failure to quickly understand and react to popular sentiment can lead to a public relations nightmare.

Michael Schulze, Retail SVP and General Manager at SAP, blogged last year about the impressive array of social analytics tools that give us insight into public sentiment regarding just about anything.  I decided to put those tools to the test and play armchair marketer, examining public sentiment before, during and after Seth MacFarlane was announced to host the Oscars to see whether or not I’d have made the same decision.  Using SAP Social Media Analytics by NetBase, here were my observations:

So what’s my conclusion based on social media analytics?  The Academy, bent on creating a more youthful and energetic image, had every reason to hire MacFarlane based on his success and popularity.  In the months leading up to his selection, the tool indicated that people identified him as brilliant, funny, creative, hard working, and successful.  Whether or not you enjoyed his brand of humor, the net result seems to be that he got the Academy the attention they desired, increasing viewership and advertising revenue in the process.

The important takeaway is that retailers and their marketing teams need to regularly be taking their brand’s temperature.  Social analytics tools help you keep up with the frantic pace of the social media news cycle and make an essential part of any marketer’s toolkit. 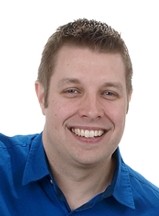 Louis, really enjoyed your blog and the power that sentiment analysis brings to evaluating response to your brand.  I wonder if Billy Crystal thought he could pass the Kobayashi Maru test by sheer number of attempts (9... yes, NINE)?!