I am currently working with a customer who is running HANA, and who wants to benefit from HANA not only in the context of analytical applications but use it to add value to transactional applications, too.

Therefore, I am currently implementing a number of scenarios for this customer:

The latter is the scenario I’ll tell you a little about. If you’ve been following SAP recently, you will have come across this. It’s frequently called “Insight to Action”, meaning that analytical data from HANA is used in a transactional context where concrete, often low-level but many business decision are being made. By adding information that is normally not available (in real-time) and thus improving the quality of many small business decisions per day, we can add great overall value.

The analytical information is displayed in a so-called Sidepanel, which is a new region on the user’s screen that sits to the right of your typical application canvas (fig. 1). Sidepanels in a Side-by-Side Scenario

If your application system (that is the system in which the ABAP Dynpro screens you want to enhance reside) has a NetWeaver release smaller than 7.31 (that is, if you’re not on ERP 6.0 EhP 6 or CRM 7.0 EhP 2), then you’ll need a separate ABAP NW 7.31 system that is called the “role system.” If you’re already on ERP 6.0 EhP 6 or CRM 7.0 EhP 2, then your application system will also serve as the role system.

For the following bullet points, I will assume that you have to run a separate role system because your application systems aren’t yet on NW 7.31. 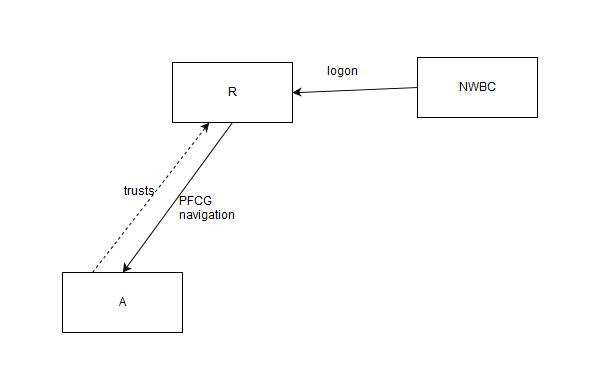 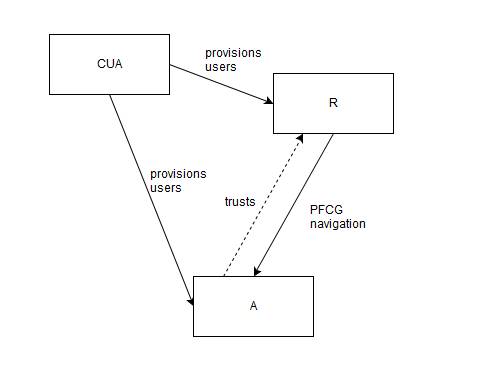 Our customers use a lot of cross-system navigation. There are several ways this can be accomplished. Here are a few words on what changes with NWBC and Sidepanels in a side-by-side scenario. 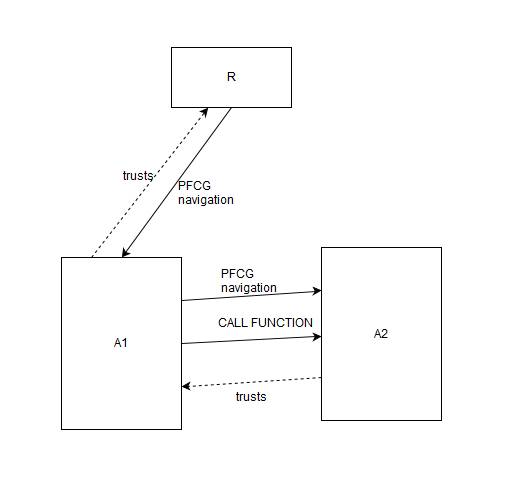 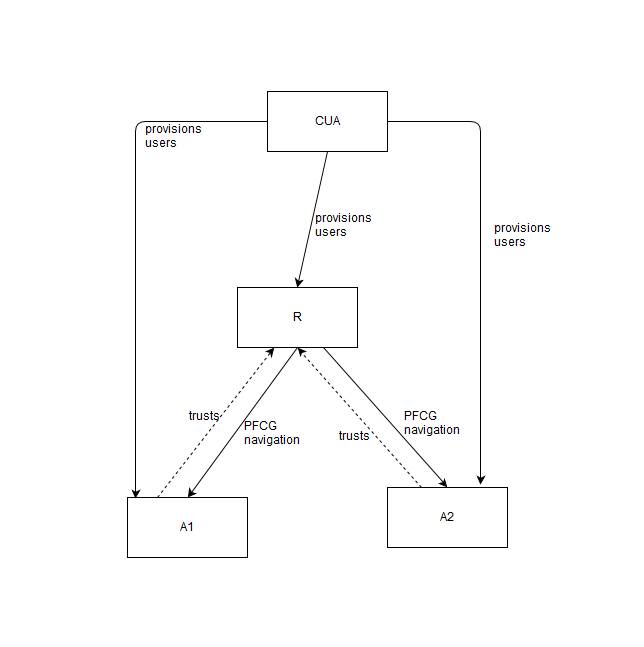 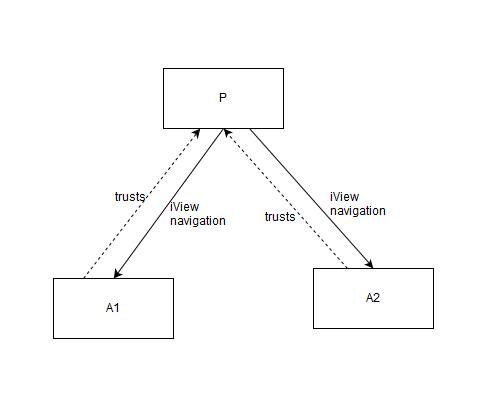 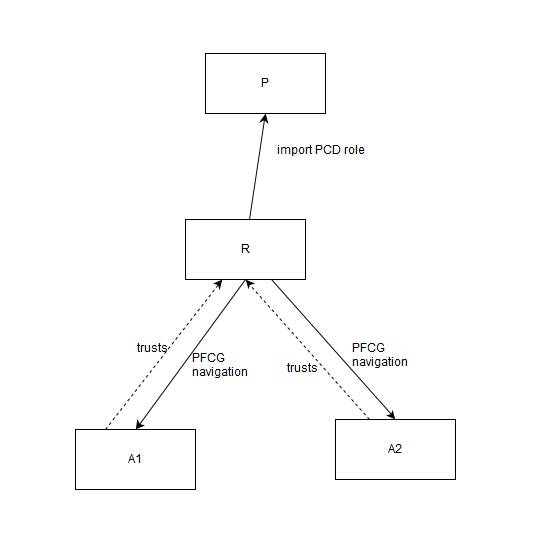 Fig. 7: Role import from the Portal 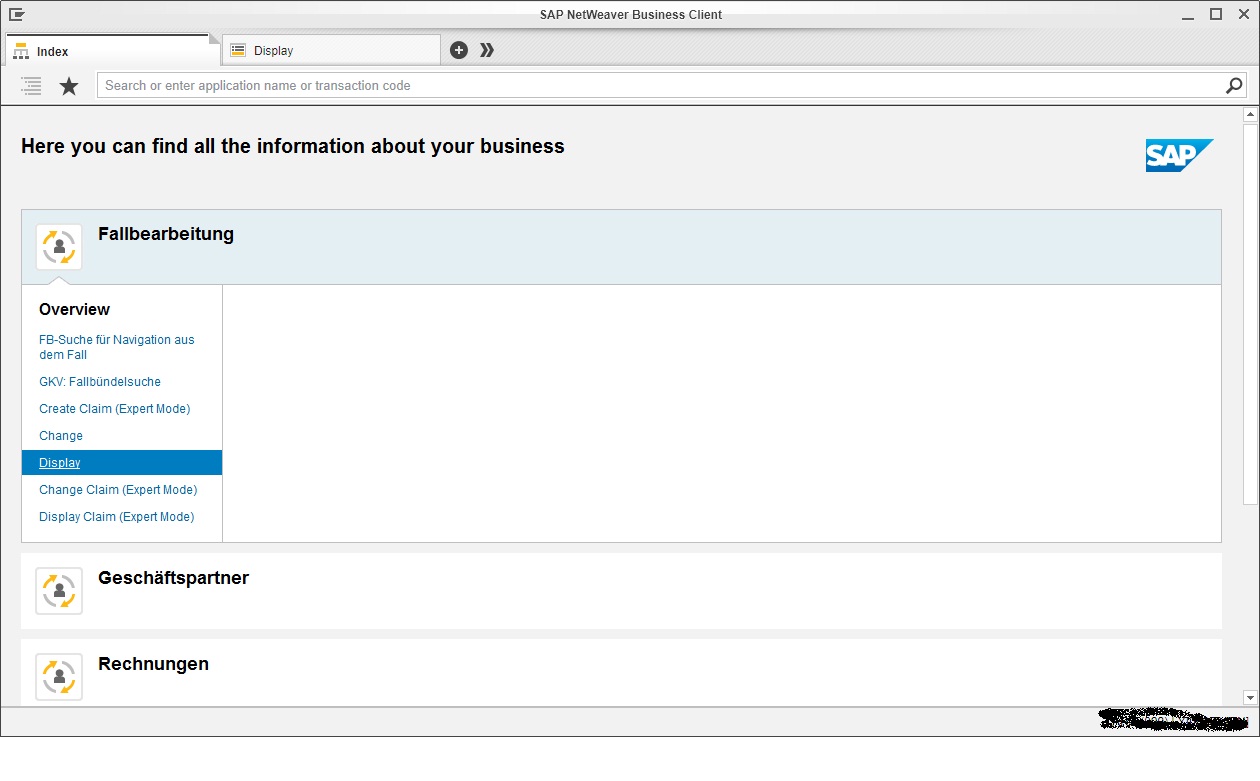 What if you have two or more application systems and want to enhance the screens in more than one system with Sidepanels?

What about Saplogon tickets and Single Sign-On in general? If you’re moving Sidepanel users away from the Portal and into NWBC, with a role system taking over some of the functionality of the Portal, who issues the Saplogon tickets (cookies) that used to be issued by the Portal, and who can consume them?

How disruptive is it?

Thanks for bearing with me, and please share your experiences with NWBC and sidepanels in the comment section.

Nicely written, great learning for me 🙂

As I feel I'm involved in one of the few real roll-outs of NWBC  in the next few months; I thought I should chime in (I'm sure John Moy will chime in shortly too with his similar project experiences).

I think key is greenfield versus existing site. I think introducing NWBC at an existing site, will be more than difficult, and it's only if you're heading down the path of position/role based navigation across multiple systems with an automated Identity Management solution or similar, without CRM, on the latest EHP; that you'll take a leap of faith into NWBC (and it is a leap of faith based on how few companies are truly there at the moment).

For greenfield however, this stuff is brilliant, albeit still not well understood and plenty of risk. You've captured lots of good points, and I'll let an SAP expert provide clarification for some of your findings, as I'm pretty sure just a few are a little off (i.e. I believe NWBC on Portal has more options than you are suggesting (not sure), and their's config to make the side panel open up automatically in PFCG or at least I've seen it somewhere - I'm sure Thomas Jung knows for sure), though mostly you're spot on.

Firstly, there was a tweet by Gregor Wolf about not using NWBC for cross system purposes at DSAG, but that's where we're heading so fingers crossed.

The main issue I'm coming across is, as I said above, the understanding of what NWBC really means. You've probably seen millions spent on getting Portal navigation right, but people don't think the same about NWBC/PFCG role navigation which is actually the same problem (especially when you through in all the OBN you need to set up, and don;t get me started on SRM's thousand parameters hidden away from ABAP'ers in Portal configuration). e.g. My customer is using ARIS as the basis of navigation, which implies all functional (or are they process) consultants need to get it as unlike the Portal role-out, Security dont (and shouldn't have to) care about the user experience, as they are just concerned about PFCG having the right transactions, applications and security!

And one thing I don't think you called out was that SAPGUI screens are not fully functional within NWBC. e.g. If you use Fire Fighter withiin NWBC, well, SAPGUI to another system is launched by easy access menu is not available (pretty useless unless you know all the transaction codes you need). Also, Your Generic Object Services no longer work, and you're meant to use the Side Panel Attachments/Notes functionality which uses BOR integration (with no option to use Tagging), however many new SAP delivered WDA screens like in EAM have not configured the right API call to allow this functionality to work. Solution: Copy the SAP functionality and provide a Tag approach to the problem...

Anyway, I'm the "governance guy" on my project but still have investigated NWBC in detail because of the concerns you have. While SAPGUI is still required, it's definitely the future, especially for smaller shops who can't invest in Personas for everyone 😉 , but it should not be underestimated and it's good to see you've gone down a similar path to not underestimate the effort.

FYI - I'm presenting the topic of UX for green field implementations at Mastering Technologies in Melbourne this month including this type of discussion - I think you should join the rest of us going (there's quite a crowd coming now). Maybe try and swing a trip over???

Thanks, Matt, for your comments and additions.

I hope that one day Mastering SAP Technologies will invite me as a speaker, then I'll gladly swing a trip over. 🙂

I'm also in the phase to introduce SidePannels usage and I found your wrap-up interesting and useful.

Just a comment about your point "fix the obligatory replacement of the SAP Easy Access Menu with the NWBC menu", did you noticed that in the settings menu  there is the option to switch between SAP and User menu? I mean clicking on the window upper left icon and open the configuration settings - Personalize - Options - Personalize (or similar, I cannot switch from italian to english now).

and what about the mandatory activation of SAPGui scripting ?

Do you think it will impact on NWBC adoption ?

Firstly thanks for taking the time to write this blog and to share it here, in your usual style is it comprehensive and well thought out. Just a few things I'd like to comment on. I am currently in the design phase of a large SAP greenfield project where we intend to use NWBC desktop as the main client for professional SAP users (e.g. replacing the SAPGUI they would normally have used). As Matt Harding has already stated it concerns me a little that you say "NWBC is not a good fit for integrated landscapes" and that there was also similar comments made at recent SAP events. I am aware of some limitations with using the NWBC HTML version for SRM (so called Portal Independent Navigation) SRM & Portal Independent Navigation vs. NWBC (HTML and Desktop) but I certainly don't get that impression from reading the documentation available from SAP. I would agree that in the context of wanting to use side panels for multiple systems that things get complicated quickly, but in more simplified side panel scenarios it seems to work fine. I would be interested to know how many customers have used side panels in anger 😉

Just some other small things. As far as I know like you say there is no way to have the side panel open automatically - I believe this a current improvement request from the NWBC CEI. If you are using the WDA side panel (which is different from the NWBC side panel) you can make those side panels open automatically - perhaps that is what Matt is referring to. I have also raised an improvement request to make the side panel icon more visible, I agree with you, it is too small and easy to miss!

You can navigate from the portal to NWBC. You can create URLs to launch NWBC desktop they follow a syntax like this sap-nwbc://... more info here: Generating an External Startup URL for NWBC - SAP NetWeaver Business Client - SAP Library

On the Single Sign On (SSO) questions - there are lots of options - actually SAP Logon Tickets are no longer preferred and don't work well with SNC, rather SAML or X.509 certificates and of course SAP will promote the use of SAP NW SSO 2.0 that will support SPNEGO on the ABAP system. This is a good blog post Authentication and Single Sign-On with SAP NetWeaver Business Client (NWBC) and the comments clarify things even further.

This weekend I am heading off to SAP Inside Track Melbourne 2014 - Community Events - SCN Wiki where John Moy has proposed a BOF session on NWBC - I am looking forward to this session very much.

That's enough from me, thanks again for this post, I had to read it 3 times before I felt I could comment!