Refactoring to other namespaces

In the past few years, I was involved in several projects which required moving an existing ABAP application to a new namespace. There might be several reasons for that, but in most of the cases an application that has been formerly written in Z*-Namespace needed to be moved to an SAP partner or customer namespace which starts with “/”.

As of 7.02, SAP provides no automatic solution to do a namespace refactoring, however, with the right tools and some experience you will be able to convert at least the most important development objects in a semi-automatic way.

For a namespace refactoring you need the following tools:

Before you start, figure out, which packages are involved in the application you would like to convert.

Get a complete list of all development objects that need to be converted either by selecting the objects from TADIR table (provide attribute DEVCLASS as the package name) or by choosing the option “Add Objects from a Package” in SAPLINK.

Having a complete object list will be the first step towards a renaming matrix. Copy all objects to an excel sheet. Do not forget to also manually include function modules since they do not appear in TADIR or SAPLINK’s package overview.

Namespace refactorings are not successful of you try to replace only the prefix of all your development objects in the object list.

If you have a complete objects list which is the outcome of the previous step, start to manually rename the objects in an Excel sheet in a separate column. 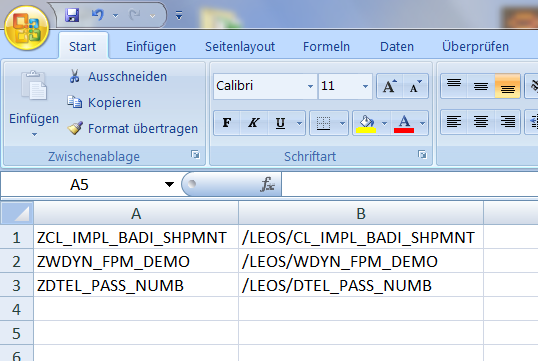 Extract your renaming matrix to a CSV file as this would be the requirement for a batch replacement.

SAPLINK helps you to extract all development objects you want to convert. Just use the option “Add Objects from a Package” and extract each package to its own nugget file – this helps you in having a good overview of what has already been extracted and what has not yet been extracted.

Copy all the nugget files to another workspace folder.

Start Advanced Find and Replace or a similar batch replacing tool. Include *.nugg files to your file mask, upload the CSV-Renaming matrix and set the workspace folder which contains the copies of your nugget files. 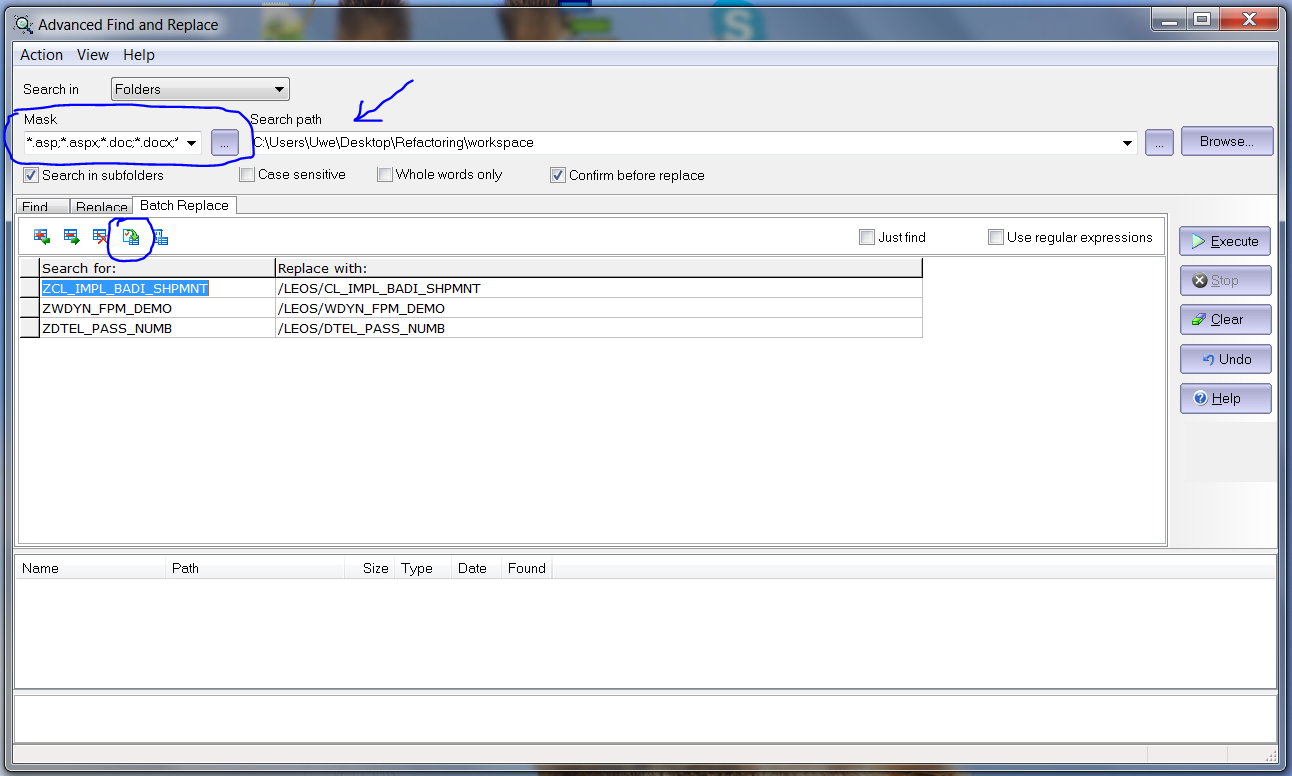 SAPLINK helps you to import your new nugget files to your system. Pay attention on error messages that may arise because of length violations or naming conventions. Usually, SAPLINK restores your objects to the $TMP package or asks for a target package.

Rebuild the objects list of the local object’s package and the target packages, to see all the created development objects.

Assign the objects, that are assigned to the $TMP package, to the target package.

Finally, activate them. Start with DDIC-Objects, then function modules or classes and end with UI components such as webdynpro components or reports that contain dynpros.

Postprocessing will always be needed. If you followed this approach, you will probably need to

To give you a feeling of how fast or slow such a namespace refactoring could be done, I figure out what the experience of past refactorings was:

Building the renaming matrix may correlate with the number of development objects but this is usually not the main issue. Usually the most of the time is needed in the batch replacing procedure which is repeated iteratively until no old namespace object is found in the converted nugget files. The SAPLINK import procedure usually also takes some time as the development objects might have names that are too long for a specific object type. In this case you would also have to update your renaming matrix, and redo the batch replacing procedure.

However, if you finalize the process, chances are high that you fetched all the objects and converted them consistently without gaps.

When I had to migrate thousands of objects from one SAP system to another, SAPLINK seemed the obvious answer BUT the naming convention on the target system was radically different.

Is there a version of the SAPLNK plugin for Function Groups which supports namespaces?

Well, in trunk/CLAS_ZSAPLINK_FUNCTIONGROUP.slnk | SVN | Assembla (which is IMHO the current version) I find the code

msg = 'Function Groups in / namespace are not supported'.

Yes, it looks like you are right. So I'm wrong with the assumption that every current SAPLink version supports function groups, at least not for customer namespaces. This means that function groups are subject to a manual conversion.

It looks like this check has been introduced as a security measure. When I wrote this blog post I was able to install function groups in customer namespace with SAPLink.

But as I already mentioned, it is (was) quite easy, to screw up a whole function group with no possibility to ever delete it again. Happened to me once.

when try to  import nugget file after replacing the namespace  i get a message stating that  "Internal error - you need to debug to identify the problem " .  please do the needful as early as possible.

Also mention are there any other ways to do so . 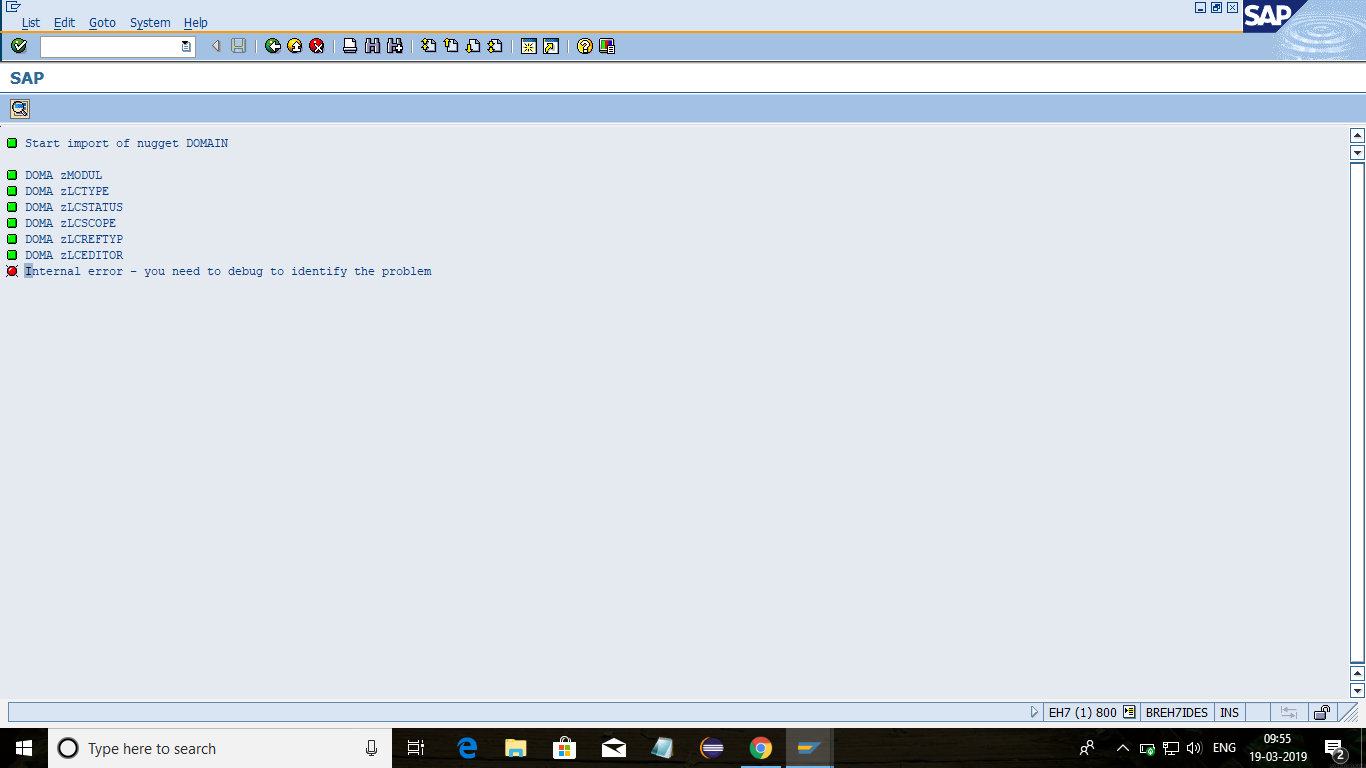