The Democratization of Expertise: Is House of Cards a More Resilient Business Model? 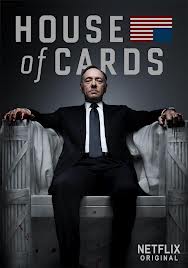 Just as the democratization of content empowers individuals, so does it impact companies. New technologies are allowing businesses of all kinds to reinvent themselves. Consider the entertainment industry. In the earliest days of movie-making, studios owned everything—the actors, the directors, production and distribution. Television disrupted that model, bringing new programming directly into people’s living rooms. Then cable served up a seemingly endless array of choices. But expensive, all-you-can-watch programming menus don’t cut it in a world where personalization is the surest route to audience happiness.

Incredible things can happen when content aggregators become creators. One of most watchable shows I’ve seen in a long time is a new seriesproduced by and for  Netflix called “House of Cards.” Starring Kevin Spacey, (one of my favorite actors), as a ruthless Washington politician, it’s an action-packed gem of rich characterization, intense emotion, and plot twists galore. He and his wife, played by Robin Wright, make a deliciously wicked power couple. Netflix is on to something. In search of quality programming? Produce it yourself.

Of course the upside of branching out from a company’s core competency is the synergies. Google TV brings entertaining programming to people by using all of the company’s major technologies.  Developers build applications on the Android operating system. Viewers can watch television shows and browse the internet using Google’s Chrome browser. Android (and Apple) smartphones double as remote controls for Google TV. Using the company’s own
technologies keeps more profits in the family.

Reinvention can beg the question of what business a company is in. Apple is exploring a computer you wear on your wrist. Does that make them a watch-maker or a technology company, or both? Who cares as long as it reduces the number of devices we have to carry around. This last is really the whole point. The only thing that matters is what the customer cares about—how the product changes his or her life for the better.

My own employer, SAP, has reinvented itself from back-office ERP software purveyor to become a real-time platform company delivering break-through technologies that are transforming business. SAP is now front and center helping companies reshape business models for sustainable growth. Boldly exploring new business territories is no longer an option but a necessity for market leadership. What’s more, we simply cannot afford to just leave everything to the so-called experts. More companies are realizing that if you want something done right, you just might have to do it yourself.

Tech-enabled democratization certainly is a brave new world, Susan. How do you see companies drawing the line between when to hire an expert to do something (create a mobile app, revamp their corporate Web site or produce a new series) and when to do it themselves?

Great question Derek. The build or hire decision has to take into account the company's unique situation. Does it make more sense to the business to expand our addressable market by transforming our business, or are we better served by staying focused on what we do best and making it better? Each choice will have risks and rewards. The right answer depends on which path is likeliest to help reach the company's objectives.

Looks like Netflix is definitely committed to creating their own content. Here's news from the Los Angeles Times about a new partnership between the Wachowski brothers and Netflix:

This type of business model also mimics what is happening in the news space with the rise of the employee journalist. Many companies like SAP are tapping in-house resouces (like us 🙂 ) to evangelize compelling content.