This document highlights the key benefits available in BPC 10 reporting and details more on the smartness it brings in BPC reporting space.

SAP in its latest version for Business Planning and Consolidation has brought in significant changes in two spaces compared to its previous versions. Like in,

BPC in its earlier versions was matured enough in its reporting and was able to cater most of the business requirement with its EV functions and native Excel functions. It’s not a simple decision to replace a matured reporting tool with a new tool.

Having said that, it is necessary for all BPC consultants to understand the key benefits BPC 10 Reporting is bringing in, compared to what was available in the former versions.

In BPC 10 a user can build Excel reports via three options,

EPM – Report Editor and Drag and Drop Reporting options are something similar to what we had in previous version of BPC.

Ad Hoc Reporting is the one which draws more attent

ion in BPC 10. This is completely a new feature which is made available for reporting and it benefits all BPC users (Developers and End Users) in performing quick reporting based on their needs.

This approach has two prerequisites, 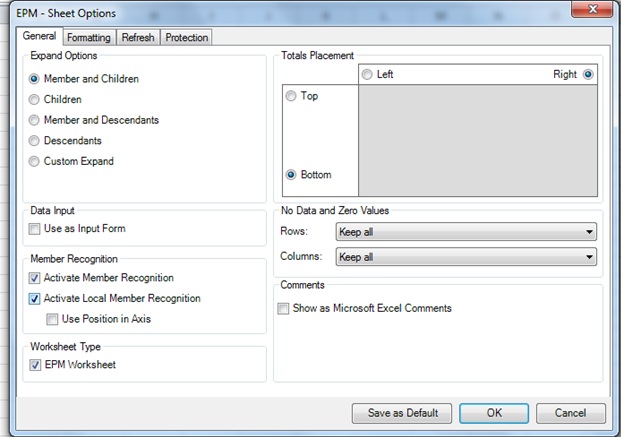 Member Recognition is specific to a Worksheet and has to be enabled in any worksheet the ad hoc report needs to be built.

To start with this option of building reports,

1. Enter the ID of any dimension member(Here as an example –  Account member) for which the report needs to be built and click enter – This will create a EPMOLAPMEMBER formula for the ID entered

2. Now enter another member ID (Here for example Time member ID) or Description across column this will create a Report with Account in Row and Time in Column.

3. Any Member entered at the top left of the report created will be taken as the Page Axis members as shown in the below figure, 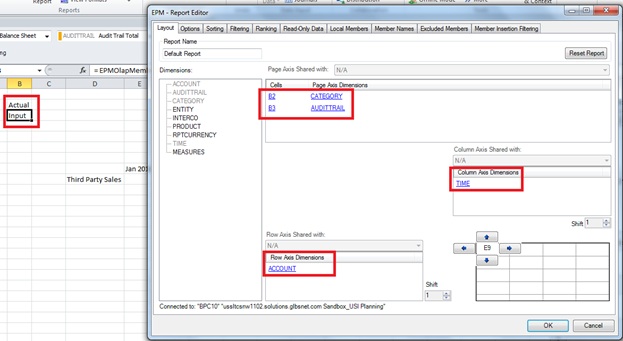 1. When a Dimension ID is entered in a new Row Axis (Column), it checks if the dimension is duplicated in in the column(Row) axis.

2. When a Dimension ID is entered in the existing axis of a report, it checks for the value with the members of the dimension in the axis, 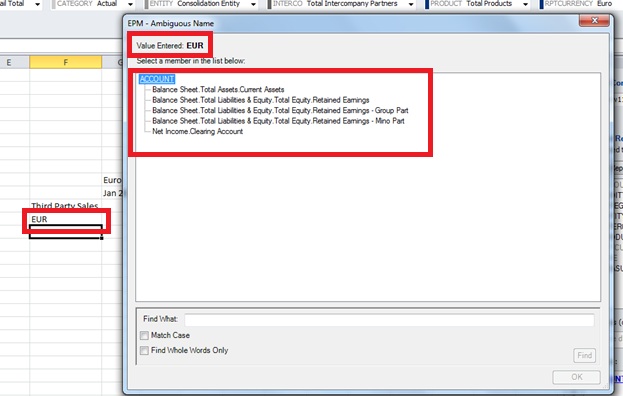 3. When a dimension ID of a dimension which exists  in the report  is entered in the same axis(Row/Column), it doesn’t recognize the entry and defaults to the old report structure leaving the ID entered as just a value in the cell

A report layout built using Ad Hoc approach or any other approach can be tweaked to view the data in different format and also few changes can be made ad hoc using few standard functions available like, 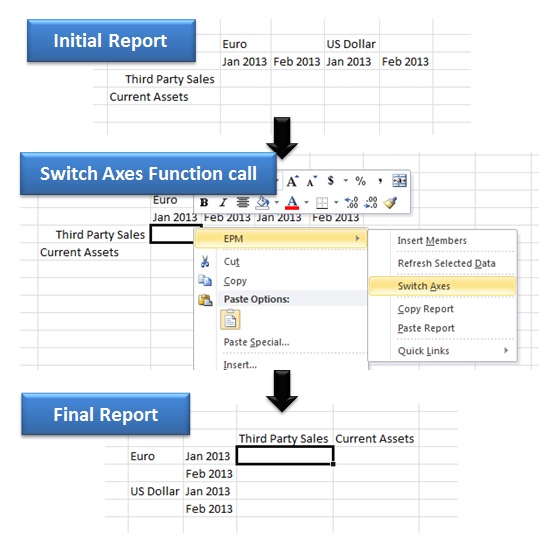 Insert Member option is used in adding members in the report as and when required in the required position. This can be used when the user is not comfortable remembering the ID’s in the system. 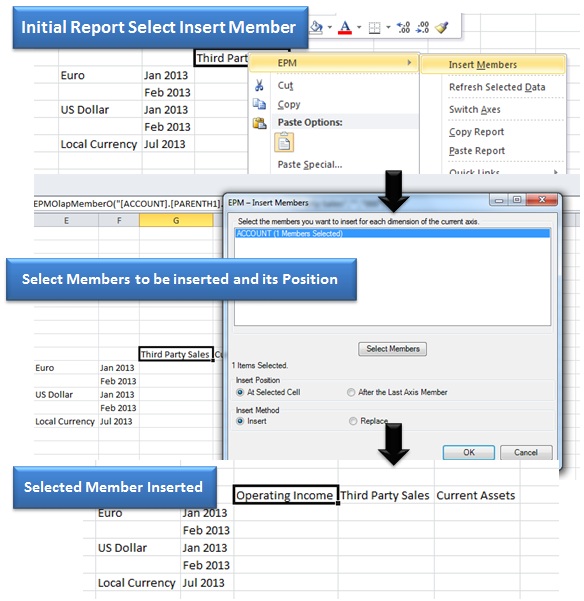 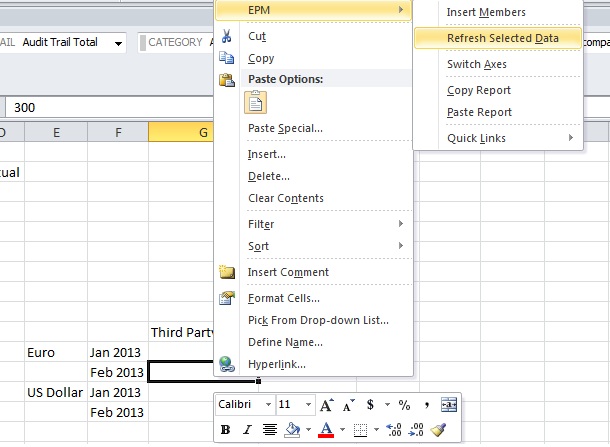 Ad hoc approach of creating reports is very simple and helps users in build quick reports. Still it has certain limitations like,

Ad Hoc reports and other new features discussed above on the whole are very useful  for,

1. BPC developers, working on Logic Script, BADI’s, and other Data Loading functions to do quick check on data in the system after the calculation.

2. EndUser perspective it will be more useful to check their relevant data more quickly rather spending time in opening the report which was built before which has many irrelevant data.

One more issue with Ad hoc reports - there is no option in the sheet options to disable expand, that was very useful with BPC 7.5 (simply remove expand range reference from EVDRE). It means that if you create an asymmetric Ad hoc report and then do something that requires expand - the report becomes symmetric. Static report issue...