BMS College of Engineering-Department of Computer Science and Information Science in India hosted their Annual Technical Festival called Avalanche 2013 from March 02 to 03, 2013, where SAP Labs sponsored the festival and got the UA team an opportunity to reach out to 1500+ students out of a total footfall of 3500+ students. The team had set up a booth to facilitate information exchange on SAP HANA and SAP University Alliances. A one page document with information on HANA was distributed to nearly 1400 students at the event through the help of student volunteers. On the spot quizzes on SAP HANA were conducted at the stall that was set up by the UA team and approx. 150 students and 4 professors visited the stall.

Around 300 students also got to hear Mr Vidyasagar Reddy from SAP Labs and Mr Sreejith Nair from SAP India, talk about SAP HANA at lecture sessions organized on 02nd and 03rd March 2013. The Speaker session also showcased videos on SAP HANA – highlighting SAP HANA Academy to the students. The students were shown demos such as Predictive Analysis/ Visual Intelligence on HANA, the next Generation Explorer on HANA and the iPad app on McLaren F1. A preview of Techniversity 2012, Bangalore was also shown to the students at the session. 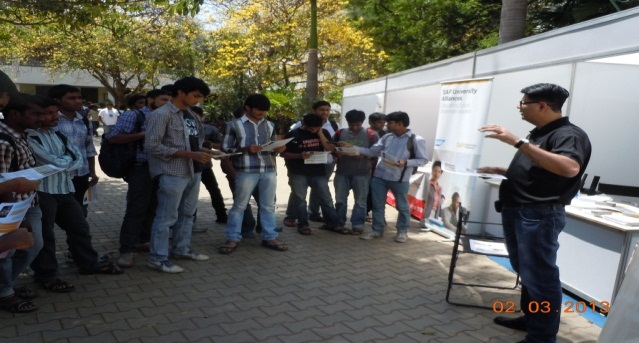 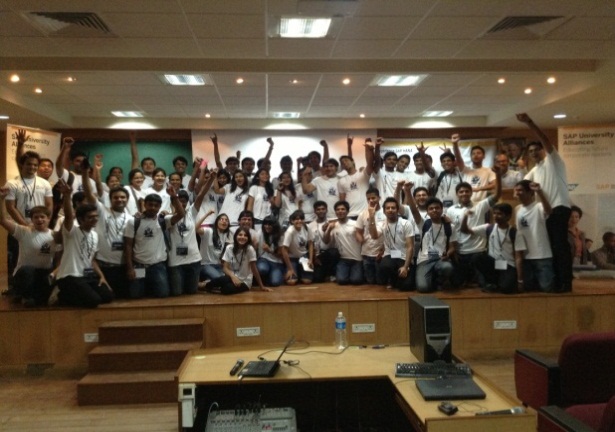 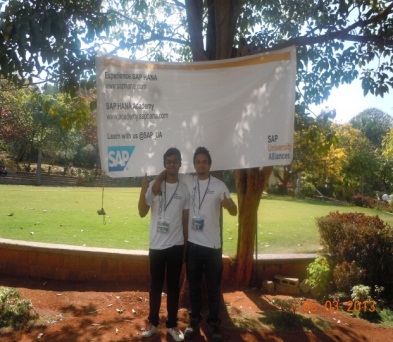 As an avid coders, we have always been on the lookout for information outside our text books. The internet serves up a plethora of things we can learn. But nothing will replace seeing the code we learn from the screen take shape and form. The SAP seminar gave me this opportunity, as an avid Formula1 fan, the McLaren app on the iPad was certainly a ‘wow’ moment! SAP HANA, where we got to witness exactly how much there was to learn outside of our text books. SAP Teched and SAP Techniversity have just made it to my list of appointments on the calendar. We certainly enjoyed the seminar.