Live from MWC 2013 – Goodies for Developers and Partners

Day four is over at MWC and we had a lot of fun talking with customers, partners, and developers. Yes, developers. There were many of them at the show looking for development tools and access to the latest technology and experts.

Thomas Grassl, SAP, Senior Director of Developer Relations gave a Deep Dive into SAP Developer Programs outlining how SAP is enabling developers to build enterprise-grade mobile apps. There were many SAP Mobile Platform and SAP HANA product experts at the show that shared the latest information and resources with attendees.

John Wargo, Senior Director, Developer Strategy and Evangelism, and Mobile Evangelist Ian Thain, conducted an interview in the SAP Broadcast centre about the launch of the SAP Mobile Academy. Part of the SAP Community Network, the SAP Mobile Academy is an online video tutorial site for users of SAP mobile technology users,including mobile app developers, IT administrators, and mobile project leads. This is a great new program filled with resources and as John said in his interview, this is the beginning and there is much more to come.

A popular giveaway at the show was the 12th Edition of the Mobile Developers Guide to the Galaxy. I took some time to interview contributing authour Ian Thain to talk about how he got involved, the collaboration of mobile dev guru authours, and his chapter about mobile strategy, security and enterprise app development. You can watch the interview here and get your copy of the book here. 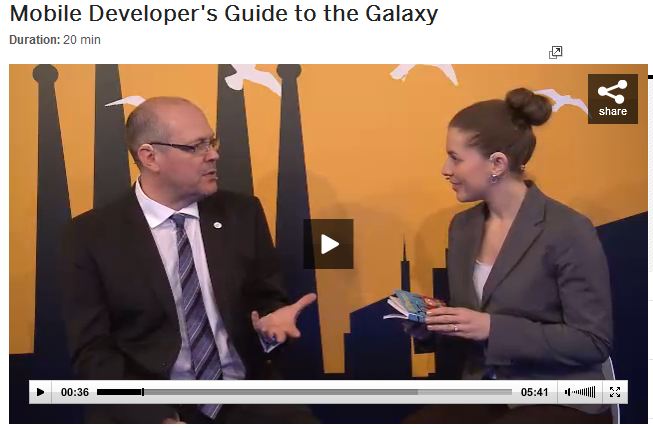 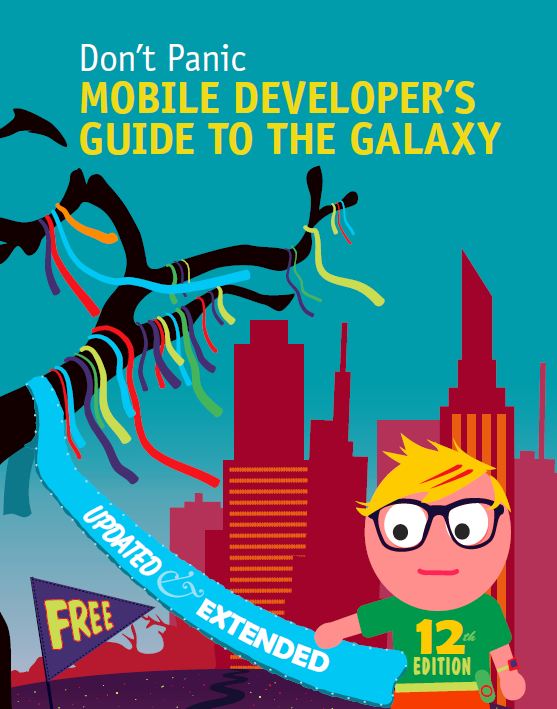 SAP announced its Mobile App Challenges for the year. Thorsten Leiduck, SAP, Vice President, Platform Ecosystem and eChannels and Jim Jaquet, Senior Director of Product Marketing discussed the details of the challenges in an interview titled ‘2013 SAP Mobile App Challenge Has Begun’.  You can read the official press release about SAP and BlackBerry Launch Mobile Apps Challenge for Developers and Partners and get all the details about the industry specific programs at www.sapmobileappspartnercenter.com/appchallenge.

The final day of MWC 2013 was a lot of fun. I am looking forward to the innovation that developers, partners and mobile companies will deliver this year and in the future.