40.3 million Americans tuned in to watch the star-studded Academy Awards ceremony this past Sunday. “Family Guy” creator and star Seth MacFarlane was the host of the 3.5 hour show. There was singing, dancing, and of course MacFarlane’s salacious brand of humor featuring many risqué jokes aimed at some of the biggest names in Hollywood. So how did his performance fare? Many television critics slammed MacFarlane’s hosting despite Oscar ratings being up. Some reviews were downright venomous. But what did the viewers think? 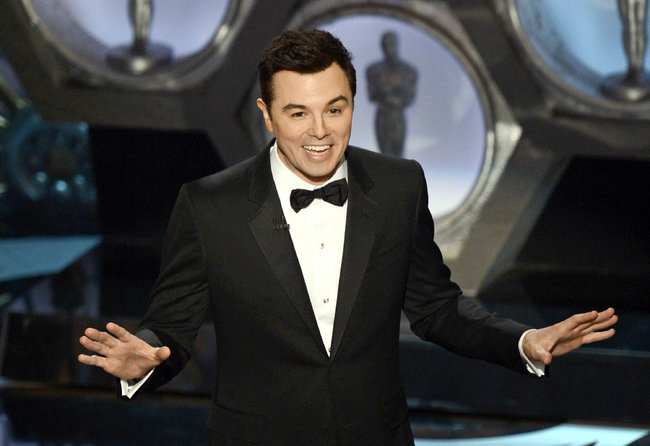 With many Americans watching the Academy Awards with Twitter and Facebook at their fingertips, it is amazing the insight that can be garnered. With the help of SAP Social Media Analytics by NetBase, we can see exactly what people thought of MacFarlane. Just looking at the last week of web activity, we can see positive vs. negative sentiment, passion intensity, top emotions and terms and much, much more. Click on the graphics to enlarge view.

MacFarlane enjoyed quite a bit of positive sentiment leading up to the show, but as things got underway, that changed drastically. A Net Sentiment score of

-12% is actually quite poor, meaning that there was more negative mentions than positive.

A look at the top terms and emotions paints a great picture of what people were associating MacFarlane with and how they felt at the time. Size of the font reflects how often it was mentioned while green and red reflects positive and negative emotions. It is no surprise that people are mentioning the Oscars and what was happening during the show but who knew so many people thought he was ugly?

Here we can see the top likes and dislikes as related to Seth. NetBase has a powerful Natural Language Processing engine that breaks down sentiment grammatically, recognizing emotion, positive vs. negative sentiment, and even parses through slang. It looks like Perez Hilton and E! Online are the ones with the most followers that mentioned Seth in the last week.

We are not only looking at Facebook and Twitter (even though they are very prevalent in this analysis). Here we can see that most of the mentions are actually coming from blog posts. We can zoom in and access the most popular domains as well.

Not only are we getting a high level view of what is being said online, we have the ability to drilldown to the stream of sentiment, down to a single tweet. Not everyone hates Seth MacFarlane. We can see actual twitter handles, positive vs. negative, gender, klout score, and the source of the mention. Pretty powerful stuff!

So what’s the verdict? I’d say his performance was pretty negative overall. The people have spoken and most people didn’t like the job Seth MacFarlane did as host. What did you think? Feel free to comment and suggestions for social media analysis are always welcome!

that emotion chart looks so ugly, but i, for one, liked the guy.

are we going to track the emotions behind sapgui as well?

Seth's brand of comedy isn't loved by all but I have an appreciation for him. It would certainly be interesting to get some insight into what people think of sapgui...

Personally I was not a fan of MacFarlane, but I think it is absolutely amazing what social media can do! Thank you Jacob for writing this article.