There are many examples that we come across wherein a particular script is not functioning as desired and needs to be corrected in DEV system. At this stage after correction of the erroneous script when we build an OMA (Object Migration Archive) file, system provides an option to export all the scripts as a Dataset. 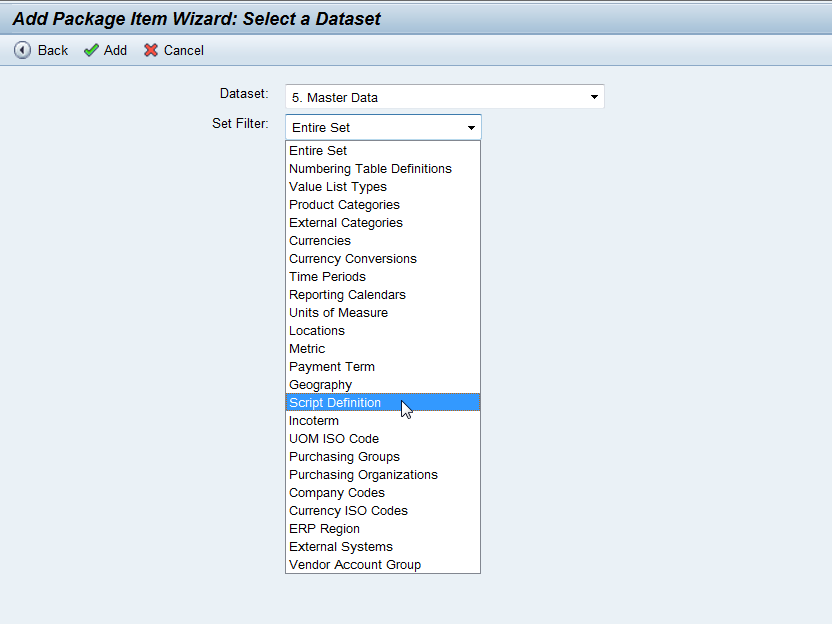 When we select the Single Object in the Add Package Item Wizard screen, system does not show a Script Definition option on the screen.

Obviously there is a high level of risk since SAP Sourcing / CLM scripts are run in real time and require no compilation as such so copying / pasting from source to target environment is not the ideal solution.

In order to get around this situation, a custom query can be created.

Finally, when we go into creating an OMA file via Setup > Export Data, we can see the Script definition as an option in Single Object 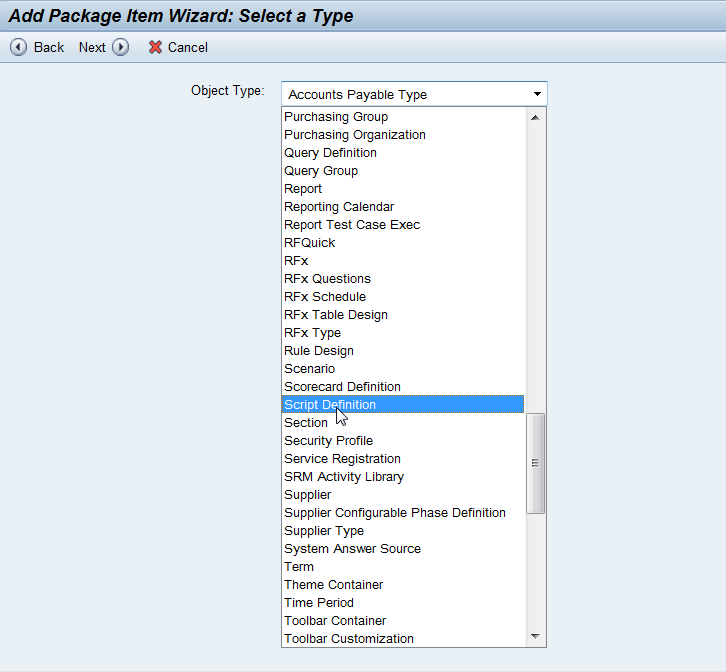 Ideally, in my opinion, this is something that should be built into the standard software but we have used this as a work around for the time being and have had no issues with it so far. Hope this helps all readers who want to migrate single scripts from one SAP Sourcing environment into another.