Part 2 of this is covering upcoming innovations for BI.  Part 1 of this blog is here

In this part SAP’s Saurabh Abhyankar  covers the key BI innovations for the front-end tools.  Same disclaimer applies that things discussed below are subject to change. 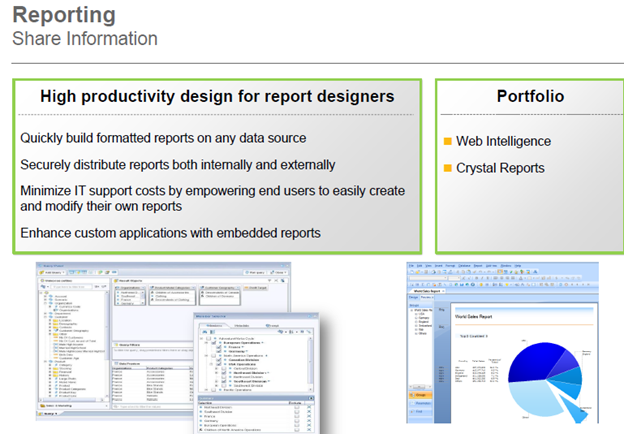 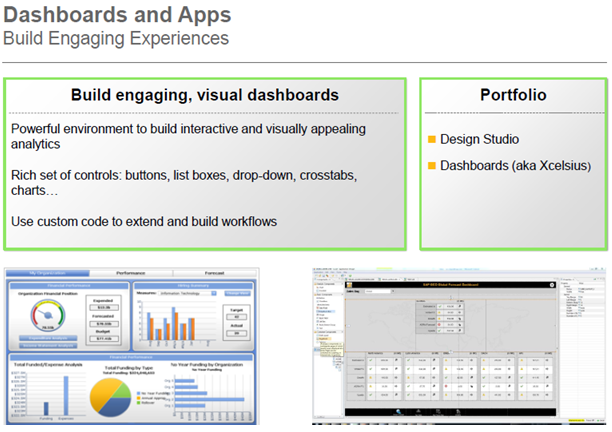 Design Studio is for BW/HANA

Dashboards are for agnostic user base

Statement of Direction is to converge products 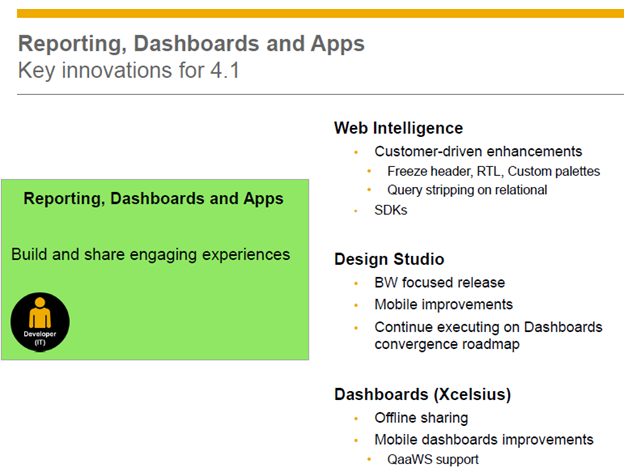 Saurabh said customers have been asking for freezing headers

SDK’s are planned for WebI

Design Studio first half of year is BW focused

Dashboards is focusing on offline sharing 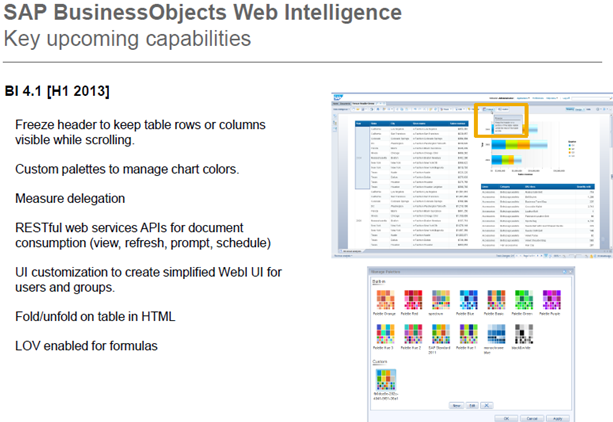 List Of Values enabled for formulas; this feature was in Desktop Intelligence says Saurabh.  You type a formula in Web Intelligence “If category = value” you need to remember how to type out value – now grab the list of values to select 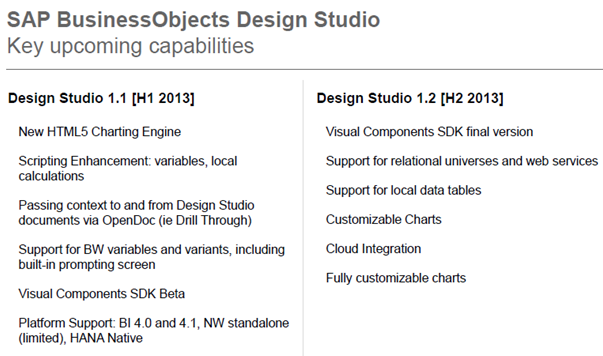 Design Studio 1.0 was released last year and has a different release schedule

Release of Beta SDK where you can write your own components, button, list boxes

Later in the year, with the focus on developers and designers , SAP plans to open up Design Studio for non-SAP sources with support for universes, with customizable charts allowing publishing to the cloud Mobilizing dashboards was released in 2012

Figure 6 shows that in BI 4.1 you can save dashboard on mobile device for offline viewing Figure 7 shows the products listed in the upper right

SAP says put Predictive in the hands of analysts Figure 8 slides should say for 2013 and not 4.1 as these products have a different release schedule

Semantic enrichment for geo and time

Predictive will have a custom SDK as well, along with  building algorithmic specific visualizations Later on, it will have the ability to create exploration views 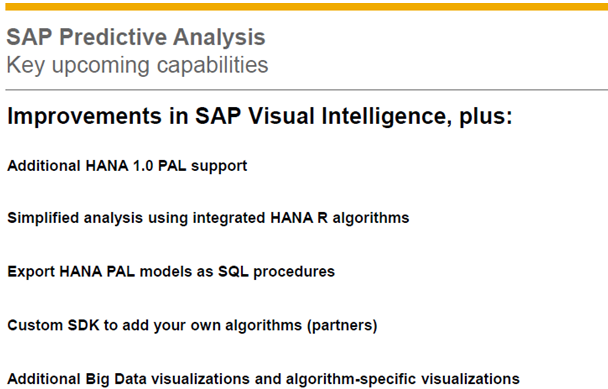 Take analytics from people who do spreadsheets to everyone in organization 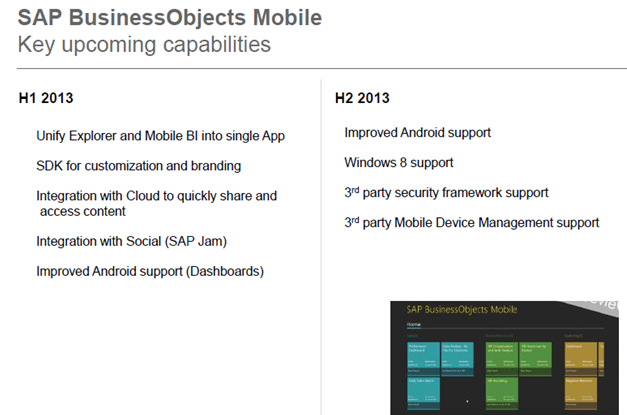 SDK is being added for customization and branding

Q: Is there a Mobile Preview for WebI?

A: This is being looked at

A: Continue to support StreamWork but as go forward will support Jam starting with Mobile BI solution

Hi Tammy, Things are becoming more clearer and mature now. i like the way discovery and Analysis are now in one group.  Can you provide us webinar dates for Visual intelligence. Thanks

There is an ASUG one on Visual Intelligence March 13:

There is also a Visual Intelligence tweetchat Tuesday, March 5

The still search the way.