The years 2010-2012 were transformational for SAP as the company aggressively branched out from its ERP roots into analytics, mobility, big data and the cloud.  At this point, it’s safe to say the trends are official: SAP is no longer a primarily-ERP company and the so-called Next Generation products now dominate the revenue stream.  Looking ahead, these trends represent the technological forces that are bearing down on practically every SAP customer on the planet.

For example, according to a recent worldwide survey conducted by Gartner of 2,053 CIOs — representing more than $230 billion in CIO IT budgets and covering 36 industries in 41 countries — analytics and BI ranked as the top technology priority for 2013, displacing last year’s leader cloud computing.

Gartner pegs the business intelligence market (including data warehouses and CRM analytics), as growing from a $57 billion market in 2010 to an estimated $81 billion by 2014.

More than 78 percent of respondents to a recent ChannelWorld survey expect IT spending to grow in areas of BI and analytics in 2013, and Nucleus Research predicts that worldwide BI adoption will double in 2013.

For more read: 2013: A Watershed Year for BI Adoption 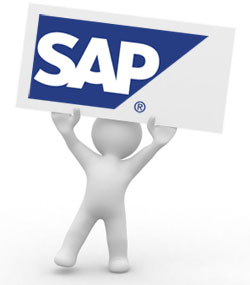 gles out SAP as a dominant player in business intelligence today.

SAP amassed strong BI/analytics headwind in 2012, and 2013 looks to be a record year for SAP BI/analytics adoption as organizations of all sizes across all industries embrace key innovations that span visualization, big data, mobility and more.

Visualization is key to BI consumption and, by extension, to overall BI adoption. To this end, intuitive, interactive dashboards with stunning data visualizations that can be rapidly deploy

ed and serve the immediate operational and performance management needs of C-level executives, board members and regional and operational managers alike are the rage.

Released in the spring of 2012, SAP Visual Intelligence moves the popular BusinessObjects Explorer product to the desktop, enabling analysts and LOB end users to mash data together and assemble their own dashboards without needing to involve IT.

In November of 2012, SAP announced the general availability of SAP BusinessObjects Design Studio, which connects directly with SAP NetWeaver BW and SAP HANA, enabling businesses to use existing data assets (including SAP NetWeaver BW queries and cubes, and SAP HANA views) to create interactive dashboards and data-driven applications for both mobile devices and the web.

The confluence of big data, mobility and advanced visualizations translates into unprecedented opportunities for SAP customers to advance their BI and analytics initiatives.

With the help of SAP and ASUG, Optimal recently had the opportunity to showcase our ability to rapidly deliver real-world BI/analytics solutions that tie all of these elements together.

According to MarketsandMarkets, the big data analytic industry is positioned to expand at a compound annual growth rate of more than 54 percent through 2017.

Big data is forecast to drive $34 billion of worldwide IT spending in 2013, according to Gartner, who also predicts that big data will create 1.9M IT jobs in U.S. by 2015.

SAP’s success with HANA, its next generation in-memory database that can store up to 500 terabytes of data and execute at jaw-dropping speeds, is well known.

Significant HANA product launches during 2012 include Business Warehouse on HANA and Predictive Analytics, which went generally available late in the year.

In January of 2013, SAP announced SAP Business Suite powered by SAP HANA, making SAP the only provider of an integrated family of business applications that captures and analyzes transactional data in real time on a single in-memory platform.

SAP’s strong strategic vision and proven track record for execution around the HANA in-memory platform, coupled with its aggressive incentives for customers and partners, is sure to keep HANA adoption trending strong throughout 2013 and beyond.

For more read: Why SAP on HANA is a Big Deal and and Custom Apps – HANA’s Big Future