Google points the way to dashboards as the future of self-service BI! 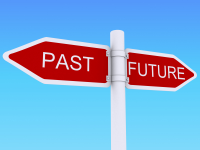 The on-going (and in my view mistaken) obsession with “self-service” seems to lead many people to conclude that “Google is the Nirvana of end-user BI”. By which I think they mean that being able to type any question into a simple text box and get an answer is the best possible interface for asking a business question.

I disagree … both in terms of how you ask the question and in terms of the answer that you get!

Is this really the future of BI?

And, on the answer side, I definitely don’t want a long list of links giving me alternative answers.

So, I have to ask, what it is that people think they are asking for when they say “Google is the Nirvana for BI”

A better vision of the future of BI

Fortunately, Google themselves have the right answer for us. It is a DASHBOARD. Here’s why …

I have been saying for a while (Four dashboard design lessons from the BBC Weather site) that the BBC weather site is one of the best examples of an interactive, predictive, “big” data dashboard you are likely to find. So it made me smile (to say the least) when I typed “weather” into Google the other day and the first thing I got back was …  a DASHBOARD.

Watch the 62 second video below to find out what happens … and, as you will see, most of the page was filled not with a list of links but with a rather nice interactive, drillable dashboard.

For more on self-service (which this post started) check out my earlier post entitled Most users need BI Apps not “self-service” (here I use the terms “BI App” and “interactive dashboard” to mean the same thing, which one do you prefer ?).

Don't forget to think that the wrong assumption of that people is: "People know how to tell to a search engine the right question". It's completely false, as far as reality.

Is common that people use only one word to build your question up in a Google search. And they select the "right" one result on the first page very often. So, I don't believe that Google will be the future.

And I don't believe in the "self-service" because the consumers of BI usually "don't think". Are just zombies consuming data.