Migration of Web Dynpro Java DCs from 7.0 to 7.31 – Stepwise procedure and troubleshooting

We are undergoing an upgrade to Netweaver 731 from 7.0 in our project. This document aims at sharing the steps during the development phase for WDJ DC migration for quick reference purpose. It has a brief description of all the steps which were carried out for migrating the Web Dynpro Java custom components developed in 7.0 environment to 7.31. I have also included various issues which we faced during certain steps and the resolution.

Hopefully this will be helpful for developers and analysts who are planning similar migration to get an idea on the whole procedure.

The 7.31 installation is compatible with the 7.0 source but not the binary as JDK 6 is supported instead of JDK 1.4.2. All the DCs created in 7.0 should be imported, rebuilt and redeployed to the new environment.

Note: Ensure that the correct and required SCs have been installed.

E.g.: SAP_JTECHS, SAP-JEE are no more present as of 710. SCs like FRAMEWORK, ENGFACADE etc. should be installed and the dependencies should be defined in the SLD. If any of these SCs are missing, you might end up getting build time errors when you try to create the DCs. In our case FRAMEWORK was missed due to which we were getting issues like:

I have categorized the migration steps of WDJ in NWDS applications into following: 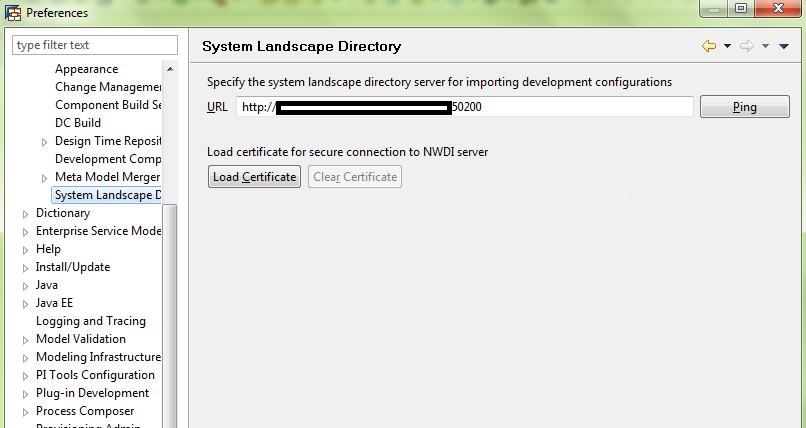 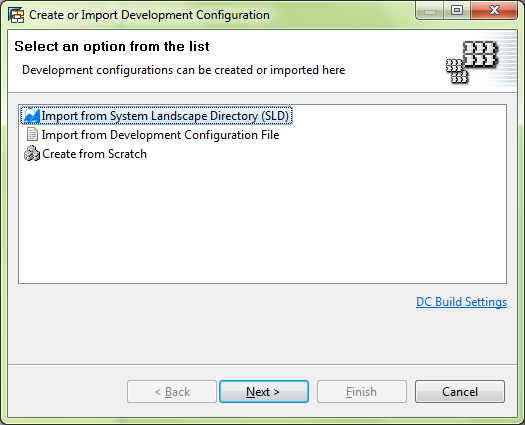 Click Next and select the required track and the dev workset

Once the Development Configuration is created, select the DC to be migrated in Component Browser view and select Sync/Create Project. 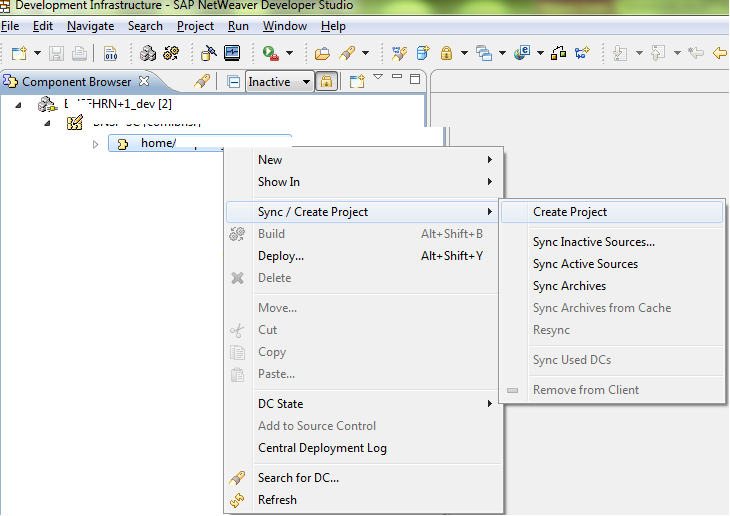 During project creation, you will get the option to Migrate Project, make sure the project is selected and then click Next. Depending on the settings in your NWDS, you will either be prompted to create a new activity or a default activity will be created which will have all the modified files.

The Migration wizard runs in the background and helps adapting the old DC to the new environment and generates the migration report. 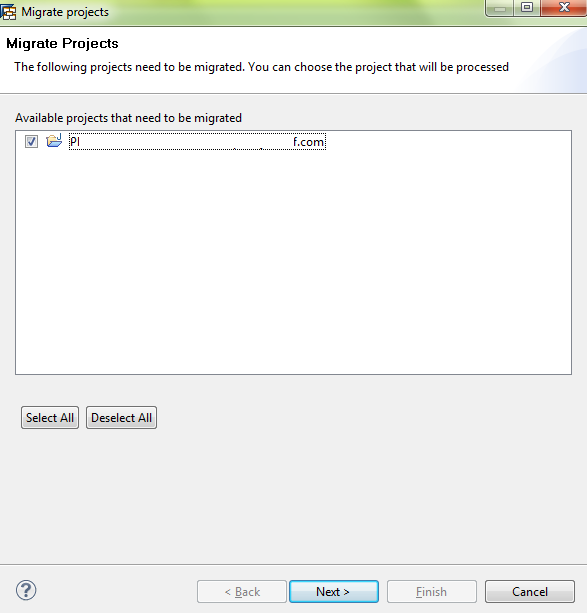 Additionally, the migration summary can be viewed in the Problems view and in some cases the issues can be resolved using the Quick Fix option. 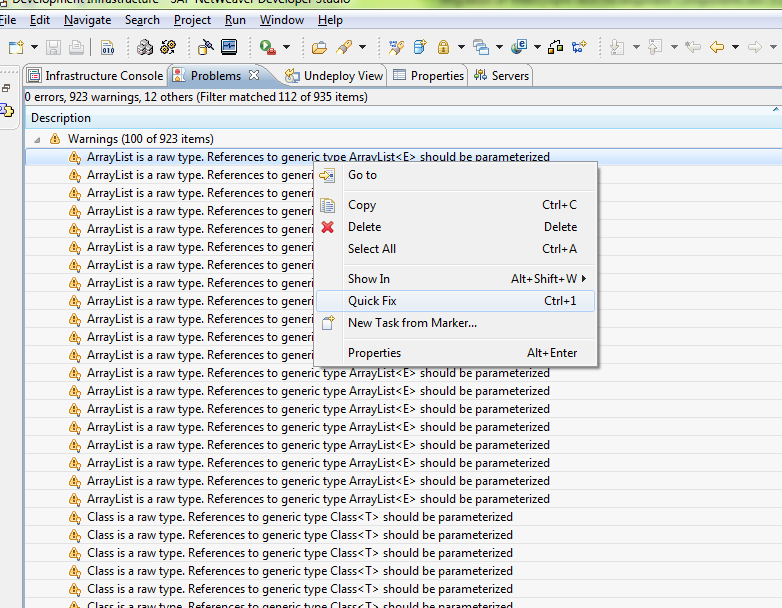 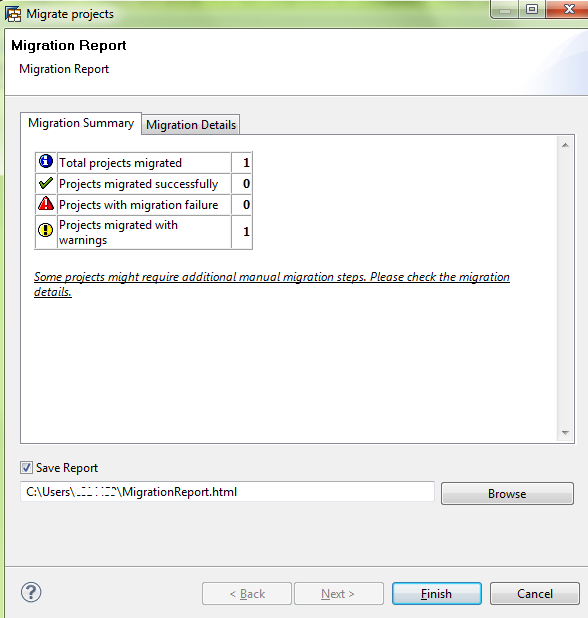 If you select the Save Report option, you can view the Migration report in the specified path.

The Migration report enlists all the components and objects migrated and issues if any. 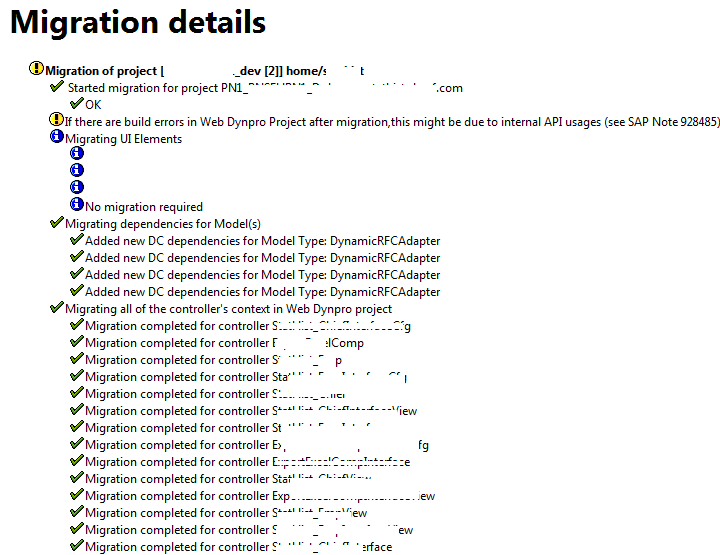 During the build of one of the DCs, we faced java.lang.ExceptionInInitializerError and error log showed that rscp4j is missing. I am putting few lines from the log that will help in identifying similar issue:

This was resolved by installing  the Microsoft run time DLLs of Visual Studio 2010.

We need to fix the dependencies of the DC as they might be deprecated.

Select the DC and view it in Component Properties -> Dependencies. You will see some deprecated DC dependencies. 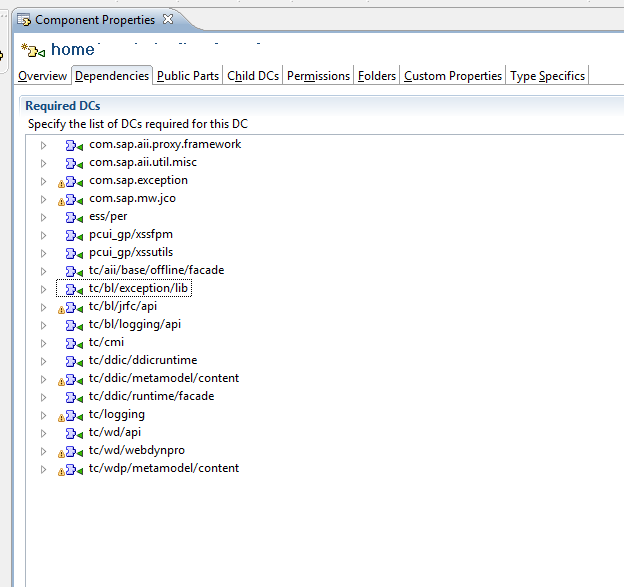 The Local Build state would be ‘Dirty, rebuild needed’ until these dependencies are fixed.

To fix the dependencies, these are the helpful steps:

The Local Build State should be OK now. 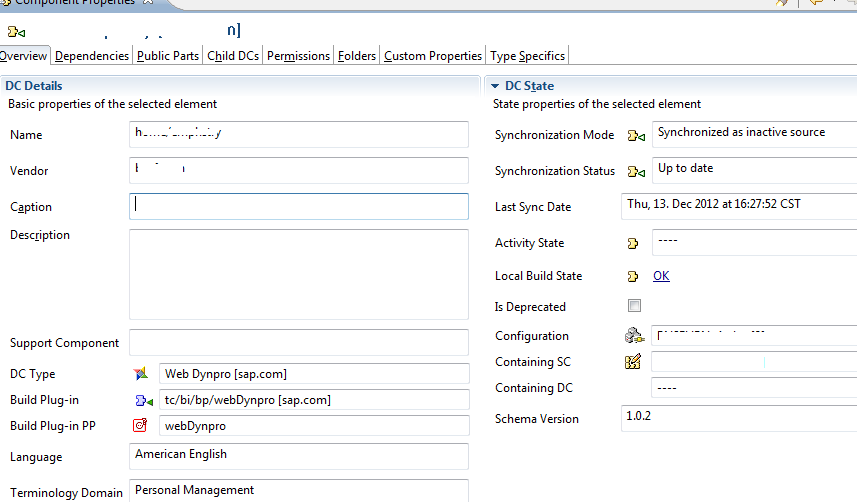 The ARFC1 has been deprecated 7.1 onward. For the WDJ applications that invoke ABAP functionality, it is highly recommended to migrate the models to the ARFC2 interface.

The JCo destinations to be used by ARFC2 are defined using ‘Destinations’ tool under Configuration Management in NWA.

There is a slight code difference between the two.

In ARFC2, the model objects are instantiated with reference to their model.

To migrate the existing model, right click on the model and select ‘Migrate to ARFC2 model. 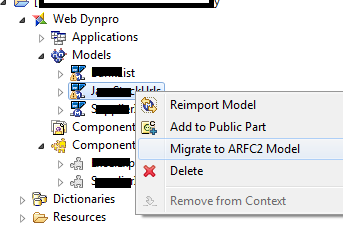 It will ask you to check out some class files and source files.

After migration, you will get a confirmation message:

After migration, Reload and Repair-> Project Structure and Classpath to repair the modified structure of the new generated classes.

Check for any build errors and fix the code accordingly to conform to ARFC2.

Build the DC and deploy.

For deployment, make the server settings in Window ->Preferences -> SAP AS Java.

Check in and activate your activity as required.