Is it iTime for iOS?

There have been quite a lot of rumor these last weeks with regard to Apple, reportedly working on an iWatch? I was wondering what they would gain with such a move? Some have pointed out that they already have the iPod Nano as a simple watch, but this repeats the functionality of the music player and lacks functionality of the full iOS device. Does this mean the age of Dick Tracy is around the corner? Far fetched you think? I would have agreed, but after I visited the Computer History Museum in Mountain View, CA last week it may not be. The Computer History Museum exhibits hardware up to the year 2000 and it’s awesome how far we have gone beyond that in 13 years! So this may not be far off… and trust Apple to make it happen.

It’s only when you start using ‘wearable technology‘ that you realise what a convenience it is, being able to look at the the latest information whist your device stays firmly in your pocket or bag! There are already tech manufacturers that are connecting to the iPhone and Android devices via Bluetooth, of which an example is the MetaWatch Strata http://www.metawatch.org . This KickStarter funded project allows the display of weather, stocks, calendar and messages from the iPhone 4S via widgets that run on the watch and an app that is on the devices. Their API is available so all developers could extend those key important pieces of information to the MetaWatch, though its is a one way process… view only!

The question then becomes if Apple are about to blast past guys like these, by extending the springboard to the wrist, or putting a limited version of iOS on a strap? I am slightly sceptical of the functionality that a wrist based iOS device could achieve, bettering the functionality of something like the MetaWatch. Though as an extension of an additional iPhone/iPad, that integrates better than 3rd party products, pushing data back from the watch etc… then I could be sold. I also think if this is a sweet spot for Siri, allowing the able to interact on an iOS device too small to have a keyboard? What will be certain is that any physical design from Apple will be as magical as we would expect.

Are Apple in the process of reinventing the modern timepiece rather than extending it into the modern world? I believe so, though I’m having a hard time to predict how… but remember the old Steve Jobs saying that states that… we as consumers can’t envisage what we want!

I guess it's time to think about some potential requirements before they release something like that.... approve workflow from your wrist 🙂

I've been working with Metawatch(Frame) and an android app (Notify My Android) last couple of days and able to trigger notifications from SAP...like you said it's one way but I guess it's kind of fun/useful to see some alerts on a watch. 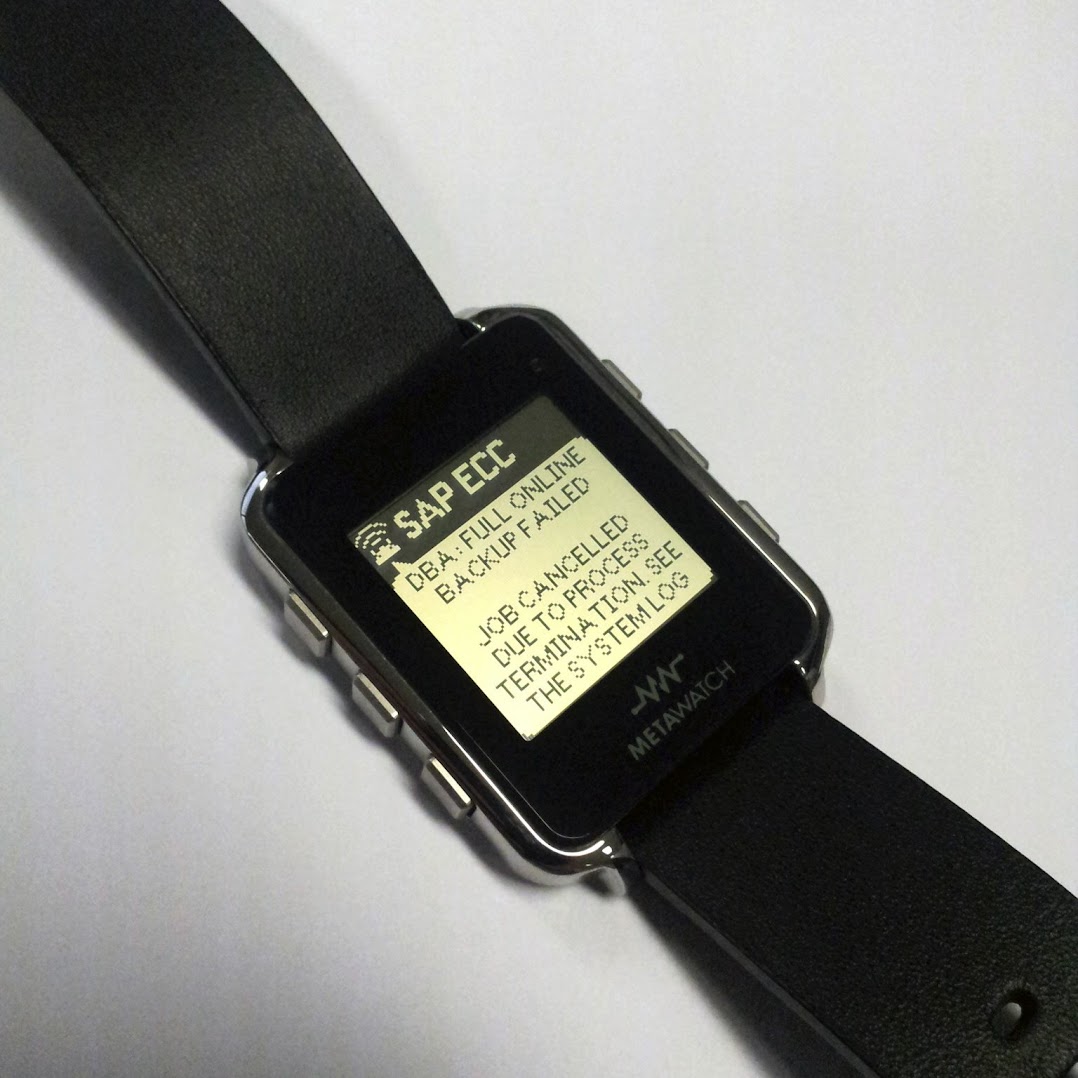 Cool... thanks for sharing!