How to Displaying a Background Image on BI Mobile

First I watched this tutorial by the SAP:

I followed the steps and really struggled.  I tried including various images and none of them worked.  Then I noticed this little tidbit in the video: As this screen shot shows, the image has to be less than 100K in size.  The images I was trying it with were larger and as a result they were not working.

To get this to work, I followed the steps in the tutorial.  As a test, I added the ASUG Annual Conference logo to a report.  In the BI Launchpad, I added the URL of the image to the keyword, under Properties. 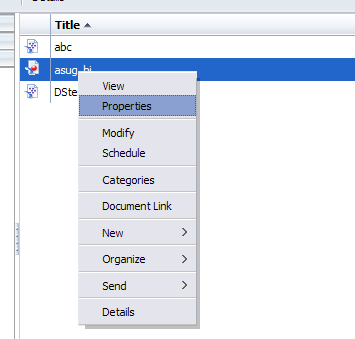 So then I launch BI4.4 Mobile on my iPad 1 and success: 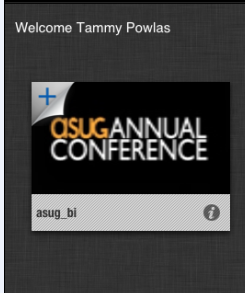 My image shows up in the background for the report.

I would also like to add the URL link of the image must have an extention like ".jpg" or ".png". Otherwise the background only displays a white background for JPG images and a grey background for PNG images.

Varshini - I recommend posting this on Idea place at ideas.sap.com

In our case same image (with 2 flavours jpg and png) only works using the png format. With the jpg a white background appears. I don't know why

My guess is that the JPG image is not of the pixel size 216*122. Maybe you should try resizing your image. I had this problem too but when i resized the image to the particular pixel size everything fell into place and was able to view the image properly on the ipad as my thumbnail.

and search for thumbnails. Its a great document and gives all the information needed for the ipad app.

For more details, including the recommended size of the images and a sample code string, please check the admin guide:

You can find all the current Mobile documentation here: