Part 2 of Design Studio ASUG webcast continues with SAP’s Jie Deng building a mobile application, showing a brief roadmap and includes very detailed question & answer session.   These are my notes.  Part 1 of this blog is here Note the page indicator in Figure 1, it shows that is is the second page of the mobile application. 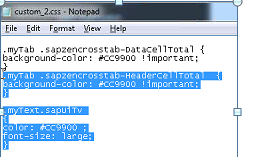 Figure 2 shows the CSS script Jie copied from, it is named custom.css.  She is defining the data cell total with a yellow color, header cell total in yellow. 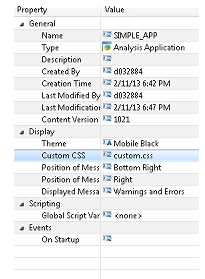 Figure 3 shows that she assigns the custom.css file in the property tab of the Display section. 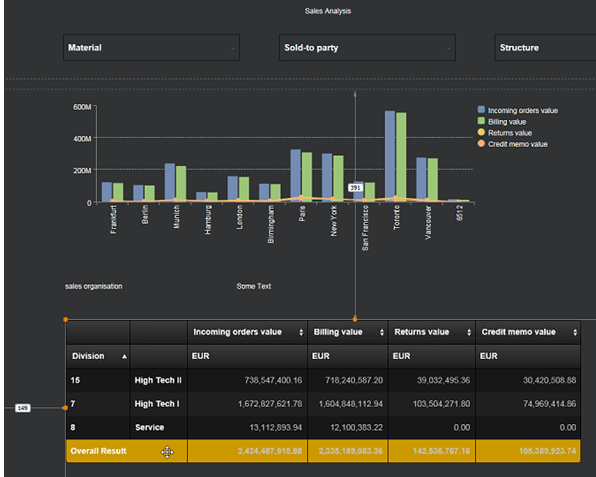 Figure 4 shows the results of assigning the .CSS class to the crosstab.

So you can use the CSS to change the formatting of the line, color, background, filter panels, etc.

Figure 5 shows you can use a CSS style to change the font size.

Summary of New Features with 1.1: 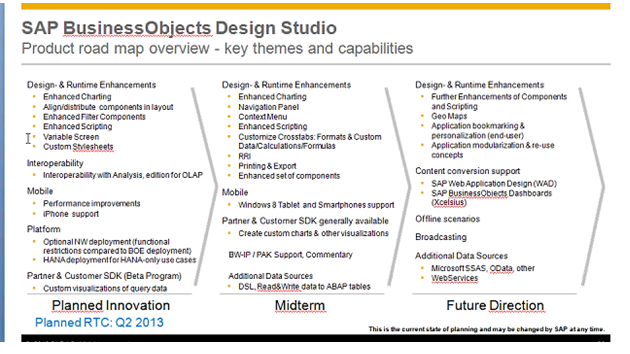 Figure 6 shows the planned roadmap, which is subject to change and the usual SAP legal disclaimer applies.  On the left under Planned Innovation is what was covered in this webcast for version 1.1.

In 1.1 you can also go from Analysis OLAP to Design Studio

On the platform you can deploy to NetWeaver BW and Hana.

In the middle of Figure 6, the midterm includes planning functionality

On the right of Figure 6, the future direction includes conversion support and offline scenarios and broadcasting.

Q:  can you use this studio to build a planning application on IP/BPC for input enabled applications

Q:  I see Input Field under Basic Components, does it have built in support for write-back to HANA?

Q:  Hope we can do multiple selection to apply CSS to multiple component…

Q:  What are functional restrictions on NW as compared to BOE deployment?

A:  No difference – only connect 1 BW on BOE multiple

Q:  What is the future plan for connecting to BOE universe or semantic layer?

Q:  Can you use a Universe as a data source?

A: Planned for future

Q: what is the recommended strategy to migrate BEx Web Application Designer dashboards to Design Studio?

For Mobile scenarios or new scenarios:

– If you have scenarios which currently BEx WAD is not able to cover (like mobile requirements etc), or you are building new scenarios/Dashboards, we recommend you to start building these scenarios With Design Studio.

For the existing BEx scenarios

– we recommend you in general to start building prototypes with Design Studio to see whether the current release meets your requirements. At the same time you can gather the experience of Design Studio.  We are obviously aware that there’s still quite some gaps compared to BEx WAD but it s important to familiarize yourself with the product. The gaps will be closed over the course of the next Design Studio releases.

Design Studio has fundamental different concept comparing to BEx WAD but we are building it in a way that it is as easy as possible for a WAD user to move to the new concepts..

– If you see that the current features and functions can cover your BEx scenario , then it’s the time for you to move to Design Studio

Q: Is Design Studio to be used only with OLAP data?

A: Currently SAP BW and SAP HANA are the source systems which can provide the data to Design Studio. In the future releases we are also planning to connect other sources relational ad multidimensional.

Q: Will the scripting language be able to set default values like todays date?  Use the login id to determine initial data selection?

A: Currently it’s not possible to set default date per scripting in design studio. For this use case you can use the BW variable (actual calendar day, actual calendar month etc.) We are planning in the future release to provide this selection of current date etc  for end user in runtime.

Using Login id to determine the initial data selection goes the direction to personalization. We have planned this feature for the future releases.

Q: can we create bookmarks

A: It’s planned for the future releases.

Q: When we use the BEx BI Data sources the data studio application created would directly saved in BI platform??

Q: Which Netweaver portal version we need to have to deploy design studio reports?

Q: Is it possible to do cascading prompts in Design Studio?

A: Cascading is related to the backend model.

If you have BW backend system and want to cascade the selection with filter panel or dimension filter or dropdown box, this is already possible with version 1.0

With release 1.1 we are planning to support prompting with variables, then it’s also possible to have the cascading with prompts with release 1.1.

If you have HANA as backend system, then currently it’s not possible to do the cascading of filter/prompts.

If you are using BW variables in prompting, this is possible with release 1.1. If you are referring the HANA variable, then currently it’s not possible.

Q: Can we have cascading filters?

A: You can using drop-down boxes/dimension filters/filter panel cascade the filters for your data sources if your backend system is BW.

Q: Does 1.1 have dynamic visibility?

A: If this question is related to the animation for charts, then the answer is yes. With release 1.1 we are using HTML5 charts, so you can customize in Designer whether you want to see the animation for the charts or not.

If you are not an ASUG member you can e-mail trialmembership@asug.com to request a trial membership.

My thanks to Jie Deng for this ASUG webcast.  The tweetdoc for this webcast is here.   Special thanks to fellow SAP Mentor / ASUG Volunteer Bhanu Gupta for her informative tweets during this webcast.

i see a Scripting header with Script Global Var beneath it.

Was there something said about that one?

myTab is the CSS class and then underneath she has the total cells, etc.

Thank you for reading/commenting.

my mistake, i should refer to image3

She saved the script in Figure 2 to the repository of the application and then assigned that file to the properties in Figure 3.

Greetings, I have a query, can I manipulate the data within the Data Source? So that I can perform operations such as multiplication, subtraction. Thank you very much for your help.

Hi Luis - could you please ask this question in the forum and specify if you want these changes at runtime, design time, etc.