Who Is To Blame When an SAP Payroll Project Fails?

There have been several high profile SAP Payroll failures over the past few years in the United States at places such as the State of California, National Grid,  Kentucky Government, City of Portland, LA School District, City of San Diego, California Judicial Council, Marin County and an epic train wreck happening down under at Queensland Health. I thought this imagine was great as all too often successful projects are not celebrated or even acknowledged in the public domain but everyone hears about the failures. 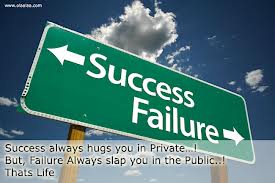 For the past 15 years one of the main areas within the SAP Human Capital Management I have specialized in is US Payroll having taken part in 20+ projects in various stages such as full implementations, production support and disaster recovery. While I have not personally been involved in any of the projects listed above it upsets me that after all this years we are still having major failures that are costing customers (and citizens) millions of dollars. Steve Bogner, who is a well known SAP Payroll expert, and I recently recorded a podcast talking about some of the key areas that people tend to blame when a SAP Payroll project fails and if it is similar to what we have seen on the ground. The major areas we covered in our 30 minute conversation was what role the SAP Payroll software has in these failures, Finding the Right Consultants and Software Integrators, Customer Responsibility, Project Management, Importance of Testing and how this impacts the new SuccessFactors “Cloud” Payroll offering.

Podcast – How you can avoid a SAP Project Failure

This topic is has added importance when you consider that the New SuccessFactors Employee Central Payroll Offering is at the core the exact same SAP Payroll mentioned above only hosted by SuccessFactors so these exact same risks are in play. The bottom line as Naomi Bloom so eloquently stated in a recent blog there is no stars in a failed implementation and often there is lots of blame to go around. It is shameful after all these years and collective wisdom that we are still seeing these messy high profile project failures as it doesn’t have to be that way. Steve and I believe customers can significantly lower their risk by focusing on the areas above and we even put our money where our mouth is at the 26 minute mark of the podcast 🙂