Quick Guide to Create Transport Requests for ‘ABAP in Eclipse’

About ABAP on Eclipse

Eclipse framework behaves same as abap editor. This tool is also known as ABAP in Eclipse, also referred as Next Generation ABAP.

This tools is helpful for programmers who are familiar with JAVA development environment and plan to write ABAP programs,

they are familiar with ECLIPSE IDE and if they are really interested in connecting to ABAP and program in ABAP without typing transaction details etc.

Steps to install eclipse environment and Preparing for ABAP Development:

This is very comprehensibly described in  following blog:

Some of the things keep in mind while configuring the abap on eclipse.

Creating Transport Requests for your projects 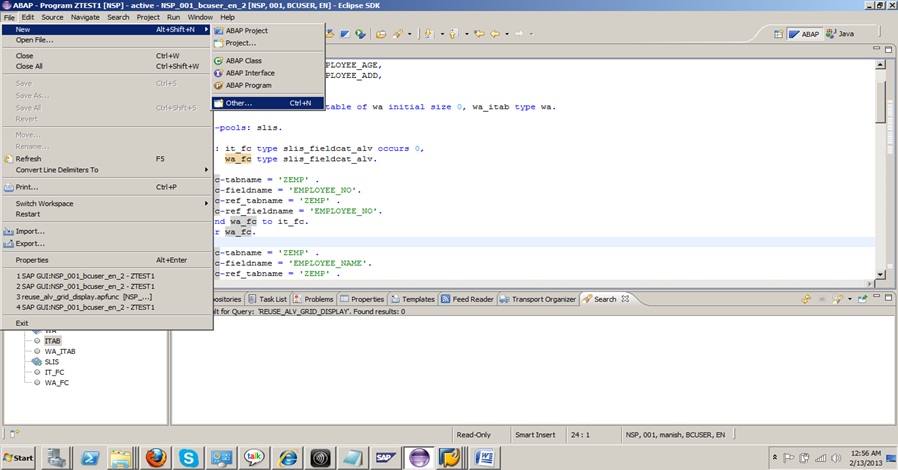 Now enter the package name, program name, and description click as you seen below in image. 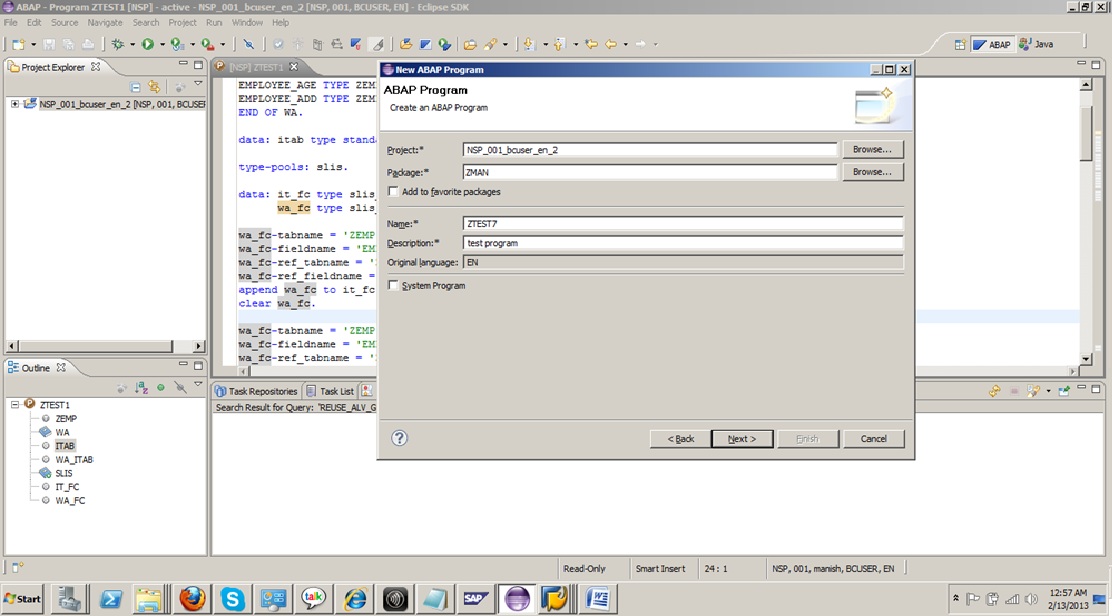 Now here you can take exiting request number or

you can create new request number by selecting the radio button create a new request. enter the description as you seen in image below. After doing all steps your new request number has been created.

Whenever you create new program then its will show all request number you can select according to your need. If you are about to edit an existing object in an editor, a pop-up will come automatically asking to either create new request or add to existing request.

You can use Transport Organizer for that. This blog contains a video which details out it nicely: http://scn.sap.com/community/abap/eclipse/blog/2013/02/20/adt-basics-transport-organizer

I wonder if it is possible to include an object into existing request with Abap in eclipse. Even with the newest version I could not find the way

When I create a new object in eclipse I just hit activate and it asks for a package and a transport, you can choose an existing transport number or create a new one at that time. No muss, no fuss.