What an amazing event! – 48 students with 7 members of their faculties learning and coding on SAP’s flagship platforms for three consecutive days at SAP Labs Bangalore in February 2013.

A result of the longstanding collaboration between SAP Labs in Bangalore and the Government of Karnataka, SAP Osmosis was successfully planned and executed by SAP Labs in collaboration SAP University Alliances and many more departments of SAP. – The goal of this event is to help students understand innovation and its underlying processes and dynamics first-hand and get direct exposure to some of SAP’s state-of-the-art platform technologies and products. 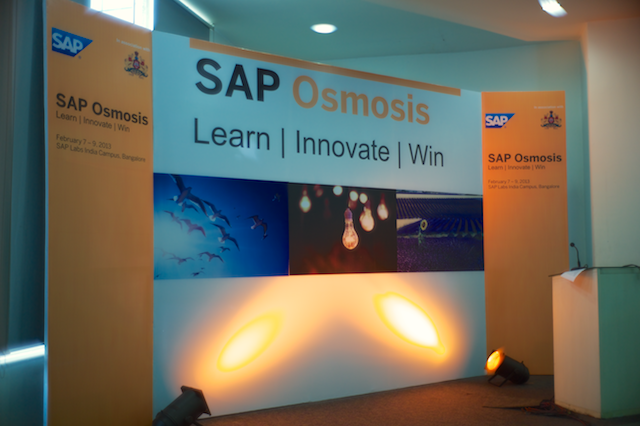 After being welcomed by executives from both the government and SAP like Mr M N Vidyashankar, Principal Secretary to the Government, Department of Industry and Commerce, Andy Dey, Managing Director of SAP Labs, and Sunder Madakshira, Vice President Marketing and Communications, SAP Labs, the students received a full-day introduction into SAP HANA, SAPUI5, and SAP NetWeaver Gateway, culminating in an end-to-end use case to bring it all
together.

The preparations were complemented by an overview about the Design Thinking methodology including some pratical excercises and with its key takeaways “make sure that you do understand the real problem” and “always focus on the actual users’ needs”. – Then it was time to code: the 28 women and 28 men formed a total of nine teams and were provided with laptops as well as access to a powerful HANA system; for the technically
inclined, the entire setup consisted of

Of course, there was also a full backup of the central HANA system maintained, based on the standard backup/recovery feature of SAP HANA.

During the next 1½ days, students and members of the faculty worked tirelessly on ideating and sharpening their use cases, discussing and implementing their ideas and solutions; during that period, the friendly and profound help of SAP Labs technical experts for the various technologies and methodologies was well received by everybody. On the last day, it was show time, finally: the nine teams presented their solutions, all based on the SAP’s XS Engine (officially known as ‘SAP HANA Extended Application Services’), in a DemoJam in front of the judges: 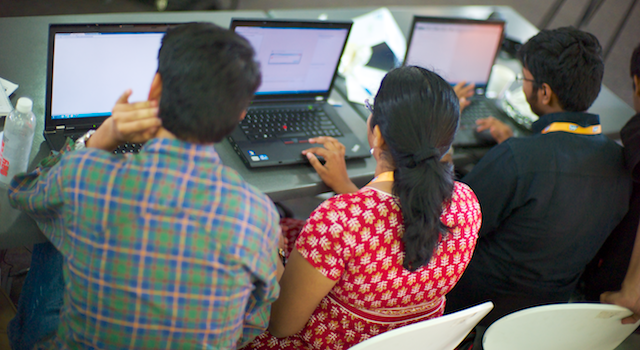 Looking at all those great and innovative ideas, the judges did not have an easy task to nominate a winner, based on innovation and uniqueness, intuitiveness of the design and user interface, usefulness, plus scalability and replication, but in the end we had a winner: Team 3 with
‘ShopBuddy’ on the 1st place followed by Team 4 with ‘SAP Trendz’ as a runner-up!

All participants, organizers, judges, and experts were really excited about how young students who had never seen SAP solutions before were able to build in such a short timeframe and everybody was very happy about the great team spirit and the substantial learnings both on the technology and
on the business side. – In fact, the feedback was so positive that it was already envisioned on the spot to have more similar innovation events in the future. 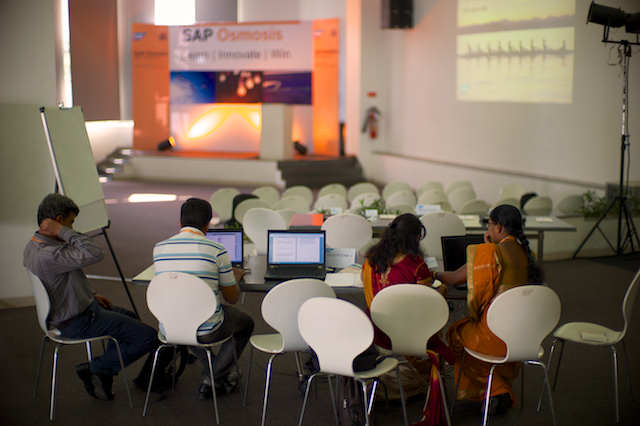 I would like to sincerely thank the combined team of SAP University Alliances and SAP Labs for making this event such a huge success both for
the attendees as well as the Government of Karnataka and SAP! – More than 40 people worked tirelessly, literally day and night, during planning, preparation and execution: colleagues, you all did an awesome job, thank you very much!

And also a big thank you to our students and faculty for their passion, energy and dedication, we also learned a lot from you!

If you are interested in learning more details about the event, please take a look at the following pages: 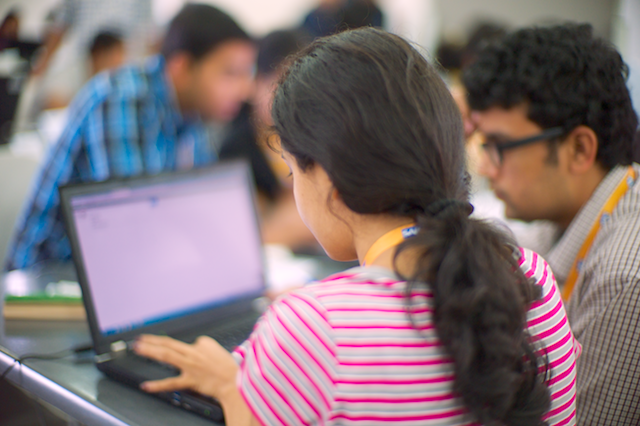 To learn more about the SAP technologies and platforms used during this SAP Osmosis event, you just need to visit SAP’s Developer Center at http://developers.sap.com/, were information, free developer licenses, and hosted systems are already awaiting you.