Why You Should Prefer SMS During Emergencies

Working at Sybase 365 (now SAP Mobile Services) gives us a unique perspective into the SMS traffic patterns from around the world — in fact, SMS traffic patterns from and to almost 900 operators.  When some signficiant event occurs somewhere in the world, regardless of it being a local, regional, or global event, it can and does affect text messaging to and from that locale.   Why is this?   Does SMS work when a simple “pick-up-the-phone-and-call” does not?

The simple answer is Yes – it does.  When the immensely strong earthquake occurred in Chile on the 27th of February, 2010, SMS traffic (for the operators’ networks that were not initally damaged) surged to as much as 10 times the normal hourly volumes for the first 24 or so hours.   Since that time, international SMS traffic from all Chilean operators has remained at double the levels before the earthquake.  Each time there is a significant aftershock, SMS surges again for a few hours afterwards — as it did today (March 11th) after this morning’s 3 6.9, 6.7, and 6.0 aftershocks.

In areas, like Chile, where significant events are occuring, people find that it is easier to communicate by using SMS than making a voice call.  The same was true for people trying to call areas prior to the Pacific-wide tsunami warning that was issued after the February 27th earthquake.   The Haiti earthquake generated similar traffic results, once the mobile networks were operational.  We actually had close friends that were vacationing in Hawaii at the time.  We managed to get a voice call to them around noon, Eastern time, Saturday, but soon after that, were unable to reach them due to network overload.   For the rest of the day, we communicated via SMS without issue. 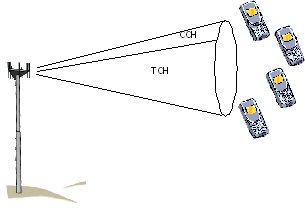 The reason SMS traffic continues at higher rates after the event, than before, is because people realize how easy, inexpensive, and effective it is to send quick texts and these events literally cause converts.  Also, in many areas, voice capacity may remain at dimished levels, thus SMS becomes the only reliable way to communicate.

Whether the event is a once-in-a-lifetime disaster, a football game or concert, an election, a significant news event, or simply a popular holiday, SMS traffic is affected, but many times, SMS becomes one of the only reliable means of mobile, consumer communcations during and after.   So remember, if you need to reach someone — don’t forget that SMS may be your only reliable channel.