Who moved my material – The rise of MRP Controller (Part – 1)

In the famed book ‘Who Moved My Cheese’ written by Dr. Spencer Johnson the two characters Sniff & Scurry extol the virtue of change. The other 2 characters Hem & Haw showcase the mindset and the thought process that afflicts  material planners in general. To contextualize the relevance of a material planner, one needs to look back in the past to realize the magnitude of changes that has occurred in the field of planning. A large part of this change can be attributed to the complexity of the product, supply chain dynamics and consumer preference. These parameters along with others have collectively ensured it is not reliably possible for a single person to do material planning on a piece of paper or with simple planning systems.

To put things in perspective the expectation from material planner would be something of a hybrid between the vehicles seen below. 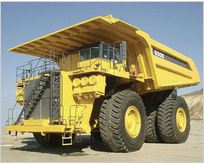 The dumper truck symbolizing the volume of data to be crunched and the parameters to be considered while the sports car signifying the speed at which the information is to be delivered. Historically some organizations might have been blessed with par-excellence planners who with their sheer ingenuity pushed the envelope of human mental computational capabilities. But these few could be considered as the elite and not all organizations can be blessed with such personnel. Furthermore these computational skills needs to be available 24 hours all through the year with zero margin of error, which makes the odds even more loaded against a human.

Given this background it is a modern miracle that humans still play a pivotal role in organizations by performing the role of material planners. The inertia to change, the shortcoming in quantitative skills, the fatigue factor et. al. have been overcome by the modern advanced material planning systems, which have taken over the functions in which humans need assistance. However the advent of these systems have  thrown a bigger challenge back to the planner whose role now resembles that of a Conductor in an Orchestra, but the difference being orchestra members are located in all corners of the globe. The challenge now is not so much of being able to perform the calculation, but about getting the sequence of planning right and accessing the relevant tools to ensure that there is no hiccup between demand and supply.

The people and process aspects of MRP are like the 2 wheels attached to the ends of an axle, while ‘people’ wheel was chugging along at a moderate speed, the ‘process’ wheel at the other end was spinning at a higher speed. The process of MRP has indeed come a long way since its initial days from being a couple of steps looking at a few parameters to resembling a handbook detailing a complex surgical procedure. To cite a simple example, earlier procuring a material would usually be either from the firm’s own manufacturing setup in a single location or from a vendor in a nearby vicinity. But this process now has so many flavors that manufacturing within the firm’s own setup itself could be done in a couple of different ways, likewise sourcing from a vendor comes with its own set of alternatives. If a process flow diagram had been drawn from what would have been a simple few almost linear blocks, would now resemble a circuitry on an Integrated Chip (IC). This imbalance in the speed amongst the 2 wheels on either side of an axle coupled with the other challenges is what stacks the odds against the MRP controller.

Given this rather ominous situation it is indeed fascinating to note that the realization has finally dawned in many organizations that it is the ‘people’ aspect which holds the key to unlock the value proposition in materials planning. It is in this context the latest offering by SAP with the in-memory computing (HANA) in the ERP space that has the potential to be a game changer. The advancement in technology coupled with the ‘people’ centric approach is what breathes new excitement into the field of materials planning. To sum it up in the words of Dr. Eliyahu Goldratt it would be that MRP controller is now privy to the ‘necessary and sufficient’ conditions to rise in importance by transforming the organization into being one of the best run businesses.

I am very new to this concept for HANA, Interested know more about Impact of HANA into Material Controller's Role.

Thanks. Will try to write a blog on that topic sometime soon.

Does it mean that HANA has a direct impact on MRP role?. If so, appreciate if you can elaborate more how HANA can impacts MRP controller's role. Thanks for the topic.

A change in the underlying key technologies always brings about big changes to the overall process. However a word of caution, HANA should not be looked only from a higher speed perspective, but must be explored in terms of adding new paradigms to the process resulting in a benefit for the MRP controller.

People might think that with HANA, MRP run will be very fast. But if that is the primary driver towards moving to HANA, then it would be a costly proposition. The reason I say so is because at my end even without HANA, have optimized the MRP run to be less than 1 hour for close to a million materials & can bring it down to slightly less than 1/2 hour if required.

Anyway will dedicate another blog on my wishlist from HANA