Last week on Friday Jan 18th the second SAP CodeJam Huizen took place. Afterwards I was pondering: blog about it or not? I’d already written a fairly extensive blog on the first CodeJam, and there wasn’t that much new stuff to report. Besides I’ve been reasonably busy with work and other stuff, so my first idea was to skip it. Eventually I decided to get it done anyway, and in the last part of this blog post I’ll explain why.

So what were the differences between the first and second edition of SAP CodeJam Huizen? Well, a very important one was of course the food 🙂 . It being middle of winter, we had some good old-fashioned Dutch ‘stamppot’ (loosely translated: hotchpotch or stew): 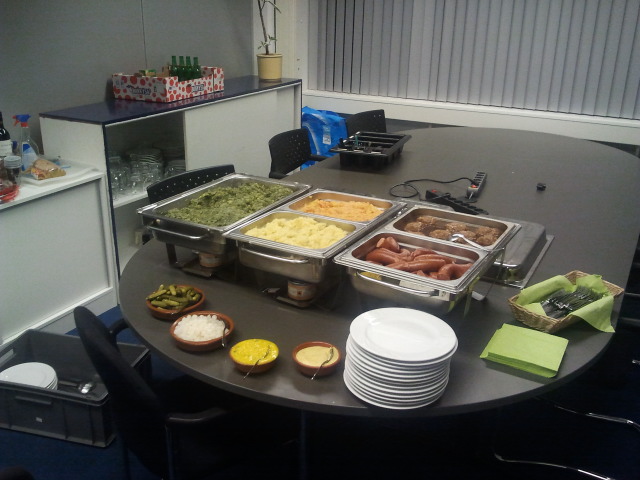 Another difference was the way a number of first time attendees (on sapnwcloud) was taken care of: Matthias Steiner, one of the SAP experts on sapnwcloud, spent more than an hour introducing the newbies to the platform, including a discussion of the possible business models: 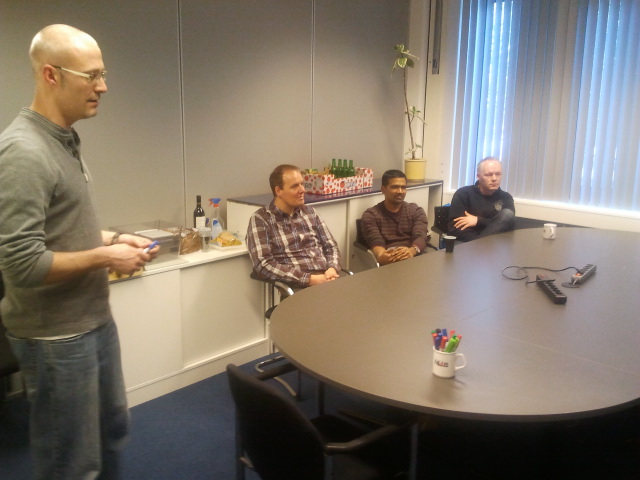 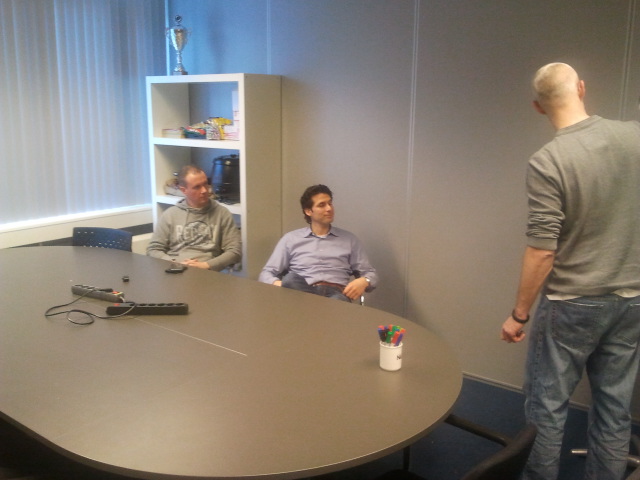 This introduction was very well received, and some of the participants did some cool things during the remainder of the event!

The downside of both events: no participants from outside the SAP ecosystem, ‘just’ the usual suspects. I’ve already reached out to SAP and asked them to consider becoming a partner of the Dutch Java User Group, as that would give them the opportunity to broadcast the SAP Codejam event to the more than 1000 members of this user group. This might attract other developers: 6+ hours of hacking and socializing, for free, with good food, does sound like an attractive proposition, right? For this sapcodejam this initiative came too late however, so hopefully we’ll have some new participants (and true non-SAP Java developers) next time.

The most important difference I noted between the two events, and the main reason for writing this blog, was that the atmosphere seemed even more relaxed and enjoyable than last time. I want to attribute that to the fact that several people came to both the first and the second CodeJam. Therefore this second event felt more like a reunion. To build and foster a local community around a platform like sapnwcloud you need continuity and time. The fruits of this effort are in my biased view already visible, however small 🙂 . Of course we will host a third edition of the event near the summer, so stay tuned!

One more shot of the event, to get an impression (apologies for the low quality of the pictures, I’m not a photographer, like some in this community): 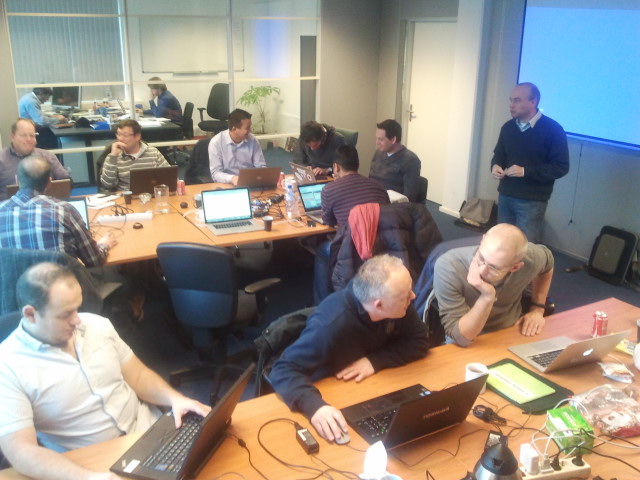 TL;DR: it was again a lot of fun, didn’t take too much effort to organize (thanks to my colleagues and the people from SAP) and I really hope we can build a strong Dutch community around sapnwcloud.

And while on the topic of local communities: I would love to see more CodeJams in the Netherlands, also (especially) around other platforms. In my opinion there’s still not enough enthusiasm for the sapcodejam initiative. So much more can be done! Now rumour has it that far away, in a town in the southern half of the Netherlands (we’re talking at least an hour’s drive from Huizen 🙂 ) something is in the works. Well, I can’t wait!

Thanks to everyone who was at the event, and I hope to see you back in Huizen in a couple of months!

Your pictures are great.

I've only been to one Code Jam, and that was with Thomas Jung and Rich Heilman (both always sensed when I needed help) - it is like an all-day hands-on TechEd.

Thanks for the kind words, Tammy.

This one wasn't like TechEd (less guiding), but fun all the same. IMO the format lends itself very well to different set ups, since it's such a small and informal event.

Thanks for organizing this event again. As a 'usual' suspect you know i am always interested in events like this.

Involvement from outside the SAP Community will be a challenge. I still remember how i as a Java Developer looked at SAP before i started working with it 😉 Maybe it's a idea if someone from the NetWeaver Cloud team can do a presentation at the yearly Dutch Java conference J-Fall http://www.nljug.org/jfall/

and show that nowadays you can you use the latest and greatest open-source frameworks on SAP NetWeaver Cloud to connect to SAP backends.

Presenting at J-Fall is an excellent idea! I know that NL-JUG partners can have a stand at the conference, so that could be one of the reasons for becoming a partner. I know SAP is looking at it (or they should be). But a presentation might even have more impact. Let's wait and see 🙂 .