Planning for a successful Annual Conference – 2013

It’s that time of year again, after the calendar turns, and we gather to prepare for the ASUG Annual Conference – once more co-located with SAP’s Sapphire in the Orlando Convention Center. Readers who have followed me in the past know I’ve blogged about the “event before the event” (the opposite of the meeting after the meeting), and I’ve got links below if you don’t, or want to look back. Depending on the year, the locale, and the event planning cycle, I’ve taken a look at the process, the people, and the end product.

Because the sessions that we’ve chosen so far aren’t official, I can’t talk about the agenda of the conference tracks, or the speakers, but I can talk about the general trend of what you’ll see and hear about in May, 2013. My (ASUG) Special Interest Group (SIG) is Mobile Technologies, one of many Technology SIGs. There were 45 abstracts specifically tagged as Mobile, and 245 with the term “mobile” somewhere in the description, speaker bio, or other data field.  Winnowing these down to fewer than a dozen sessions over three days is a periodic exercise in needing to throw out much wheat with all the chaff. Some of the good features and not-so-good features are:

There is lots of content to pick from.  It might require touch decisions to only select 10 or 20 per cent of what is submitted, but I’d rather have to face that than to have just enough, or nowhere near enough, to fill the time slots. Each year, we seem to get more submitters, more topics, and more, unfortunately, need to be rejected, since the conference buildings are only so large.

On the flip side of too much content is the rudimentary tools provided, to select and schedule content.  I wrote last year about the upgrade from the earlier, creakier tool, to the current Abstract Studio. It seems most volunteers I talked to are not enamored of the software interface, and end up programming the initial drafts of the schedules in either a spreadsheet format, or a Sticky-Note grid (or both). This leaves us with dangling tasks to resolve later, such as finding typos, duplicates (multiple picks of the same session by different SIGs, or speaker session conflicts).

For me, having trusty team members makes the collaboration on content more flexible, and less stressful.  You can see on the photos below, that it’s not one person picking the content, and others observing (I hope).  It’s been the same for many years, and seems to get easier, rather than harder. It’s still a challenge to work out which content belongs to which SIG, where submitters pick a category based on their best information.

With submissions due before the end of the year, and the conference nearly six months later, there are a number of potential faults between when the ideas were drafted, and the speakers take the stage.  Projects may falter, speakers may move to other roles, managers may decide the content can’t be shared as originally envisioned, along with the potential for budget cuts, travel restrictions or other emergencies. Virtual presentations such as webcasts can be done more flexibly, though the power of face-to-face sessions is not to be overlooked.

Having good SAP contacts before and during conference planning makes my job much easier. Being able to rely on people like Peter McNulty, Michael Eacrett, and Ina Felsheim helps relieve the burden of “going it alone”. In past conference planning cycles, we’ve not always had the same level of cooperation, due to travel restrictions, etc.

To me, inclusion of the product called HANA seems to be absolutely necessary from many SAP people, but not so much from customers.  There’s interest in the topic, yet without customer success stories, it’s difficult to program much content. And, connecting a large “in-memory” database with the aspects of mobile apps and devices many people are looking for doesn’t quite make sense.  So there won’t likely be much to hear about that topic in these sessions.

Look for Annual Conference content to be announced soon, such as:

Watch this space for further details as speakers confirm availability and we finalize the session schedules!

2012 – The Fifth Element of Conference Planning 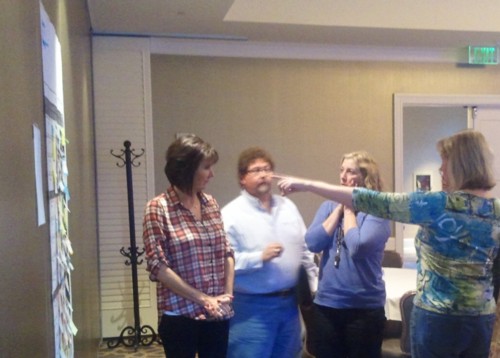 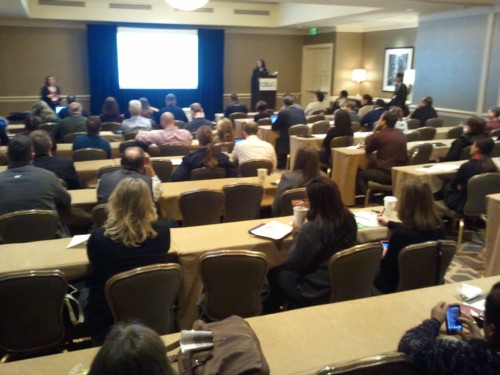 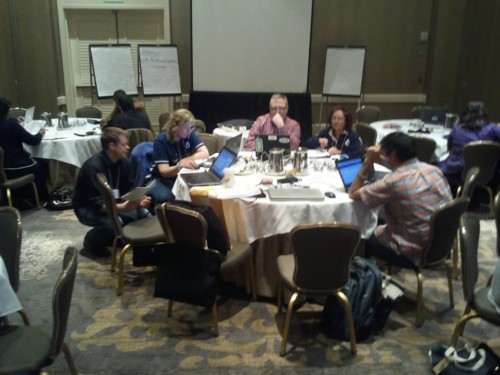