Funding, Mentoring, and Technology Support for Entrepreneurs in Brazil and India 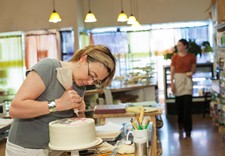 One number stands out amidst the uncertain talk of economic recovery: 500 million. According to a recent Economist Intelligence Unit (EIU) survey sponsored by SAP, that’s the number of new jobs needed by 2020 to get people back to work, whether they’re unemployed now or youth joining the workforce. I’ve written about how entrepreneurs and small and mid-size businesses are the growth engine of the economy. This is especially true in emerging countries like Brazil and India. For a closer look at how this works, check out this this infographic.

There’s significant optimism about emerging countries, and rightly so. But words like “emerging” and “high-growth” conjure images of widespreadprosperity. The everyday reality is very different. For example, despite significant economic expansion, millions in India still live below the poverty line—over 70 percent of the population by some estimates. While approximately 6 percent of urban households have internet access, that figure drops to less than half a percent of rural homes. The situation in Brazil reveals similar discrepancies. Although over 45 percent of the population in Brazil has internet access, widespread high speed access that’s necessary to run a business remains elusive due to the limited availability of affordable services. Yet the burgeoning middle class–195 million people with growing purchasing power—gives entrepreneurs in Brazil a huge market opportunity. And bear in mind, about 96 percent of jobs in Brazil come from small and mid-size businesses.

That’s why SAP’s partnership with Endeavor Global, Endeavor Brazil, and India’s National Entrepreneurship Network (NEN) to support entrepreneurs is an exciting way to kick off 2013. Working together, these organizations will identify promising entrepreneurs in Brazil, India and other emerging countries. Selected entrepreneurs will receive access to SAP employee volunteers and mentors, plus innovation grants and technology support from SAP. To be considered for participation, entrepreneurs must have:

SAP has made a substantial commitment of 2 million euros to this worthy initiative. Endeavor Global brings a worldwide reputation for program success. It’s been recognized by no less than New York Times columnist Thomas Friedman as “the best anti-poverty program of all.” Endeavor CEO Linda Rottenberg says Endeavor has supported 700 entrepreneurs who have created 200,000+ jobs and generated revenues of over 5 billion dollars in 2011.

The important of entrepreneurs to economic growth worldwide cannot be overstated. Private and public sector partnerships like these aim to provide promising innovators with a path to success that ultimately impacts us all.

Support of  organizations like Endeavor and India’s National Entrepreneurship Network (NEN) make me even prouder to work at SAP.  They also help us fullfill on our brand promise to help the world run better and improve people's lives.