SAP UA Team India has started off on its big and ambitious journey on creating HANA awareness for the year 2013 with its first stop at SRM University – Chennai to participate in its annual college festival “Milan” from 23rd -26th Jan. Milan 2013 had an overall participation of more than 3500 students with SAP University Alliances India being one of the major sponsors. The University Alliances team had a booth to talk to students about SAP HANA, HANA Academy, the UA program and Techniversity and shared information for students to register on the SAP Hana Academy. There was a speaker session on 25 January where our colleague from Global Delivery, Gautam Arora, addressed around 300 students on SAP HANA and how it is benefitting SAP customers. The session was also filled with some fun and excitement for the students through an “On the Spot quiz “ where students were given SAP premiums like t-Shirts, pen-drives, bags and mugs for providing the right answers to the questions asked from slides and the one page-flyers on SAP HANA. 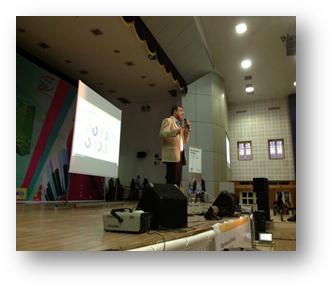 SAP University Alliances has set for itself a target to reach out to 1 million students and expose them to the knowledge of HANA. In the process we will influence the next generation influencers and spread the SAP Innovation Story to the world.

SAP University Alliances India team is participating in many University events and festivals in India where a large number of students gather to exchange knowledge and cultural learnings. SRM University, Chennai, India is hosting their annual National Level College festival called “Milan 2013” from 23rd to 26th January 2013, where SAP UA team plans to reach out to 3000 students. The team will set up a booth to facilitate information exchange on SAP HANA and SAP University Alliances. A one page document with information on HANA same as the one that was distributed to 5000 students at Techniversity Bangalore last year, would be distributed to all the 3000 students present at the event. One the spot quizzes on HANA would be conducted at the venue as well. The students would also be able to hear from Mr. Gautam Arora –Team Manager-CRM,Global Delivery from SAP Labs talk about SAP HANA in a series of lectures on 25th and 26 January

Milan is the National level Cultural Festival of SRM University started in 2008. A completely Student- driven Fest in its fifth year, Milan has grown into one of the most awaited cultural fests in South India in the past few editions. The Last edition Milan ’12 had seen a participation of over 10000 students. More enthusiasm, More entertainment, and lots more quality in even event has been the focus of the fifth edition namely Milan ’13 to be held from the 23rd -26th January 2013.

The domains namely Dance, Music, Literature, Dramatics, Fashion, Fun Zone, Online, Creativity and Fine Arts consist of around 40 creative events. These quality events test the intricate skills of each participant in an engaging manner that drives high competitive spirit and also adds up to the fun factor. Various workshops on hobbies, culinary arts, painting and others are also conducted along with the events. 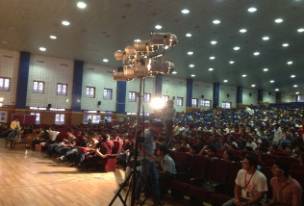 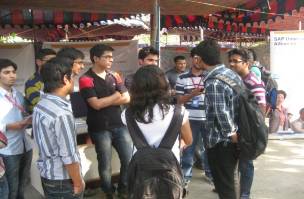 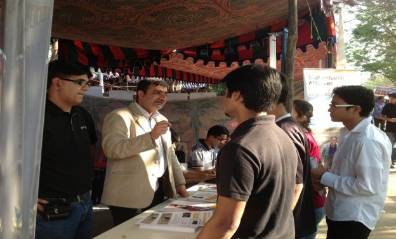 its good initiative by SAP to reach university students.