With this functionality it was possible to distribute an existing urgent correction to another productive system in the logical component.

All this is described in the note.

So, what is new or again possible in Support Package 8 of Solution Manager 7.10 ?

Here is an overview of the process in the stand-alone scenario. 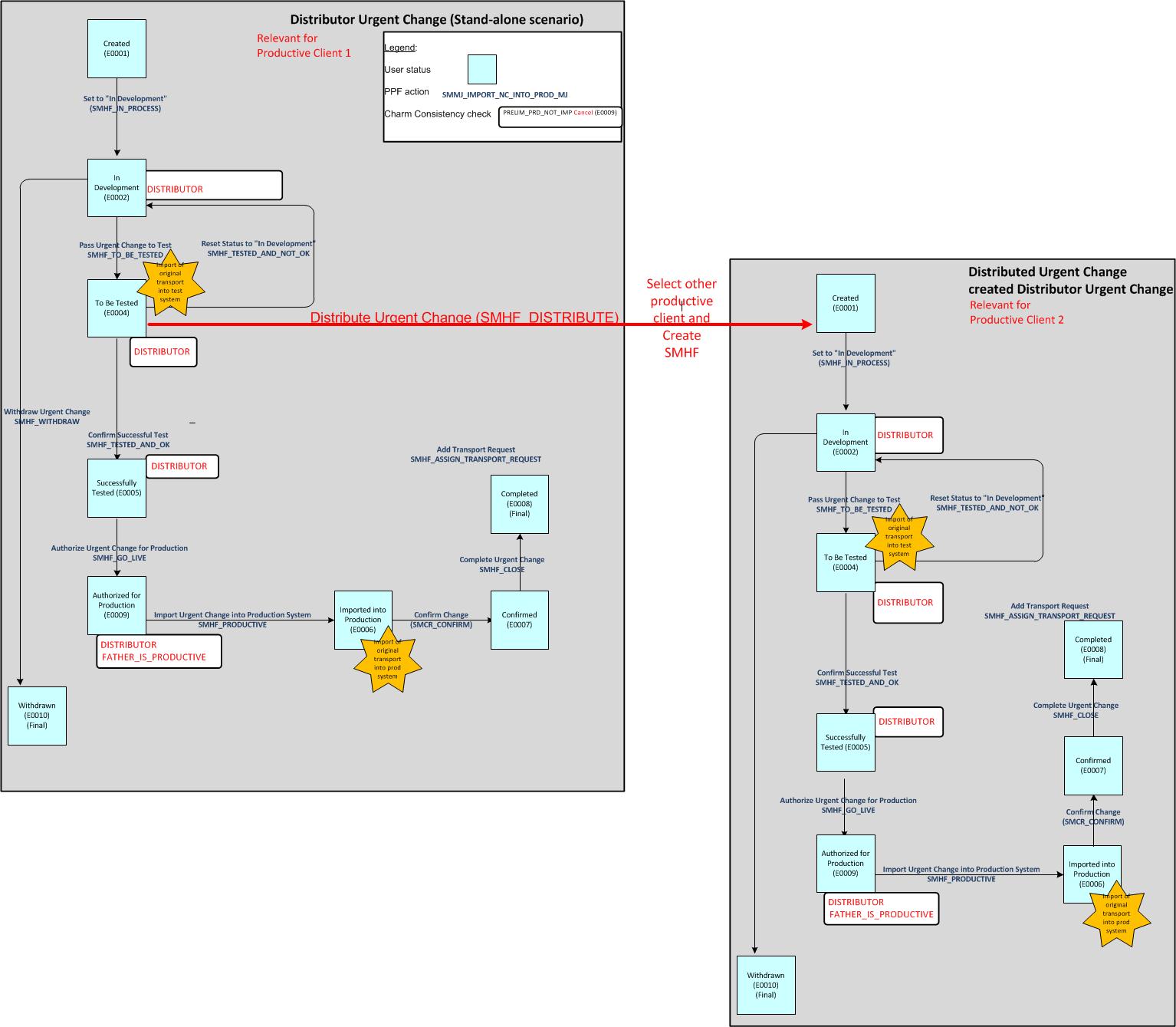 For customizing reasons the more complex overview of the process with the Change Request Management Actions & Conditions is interesting: 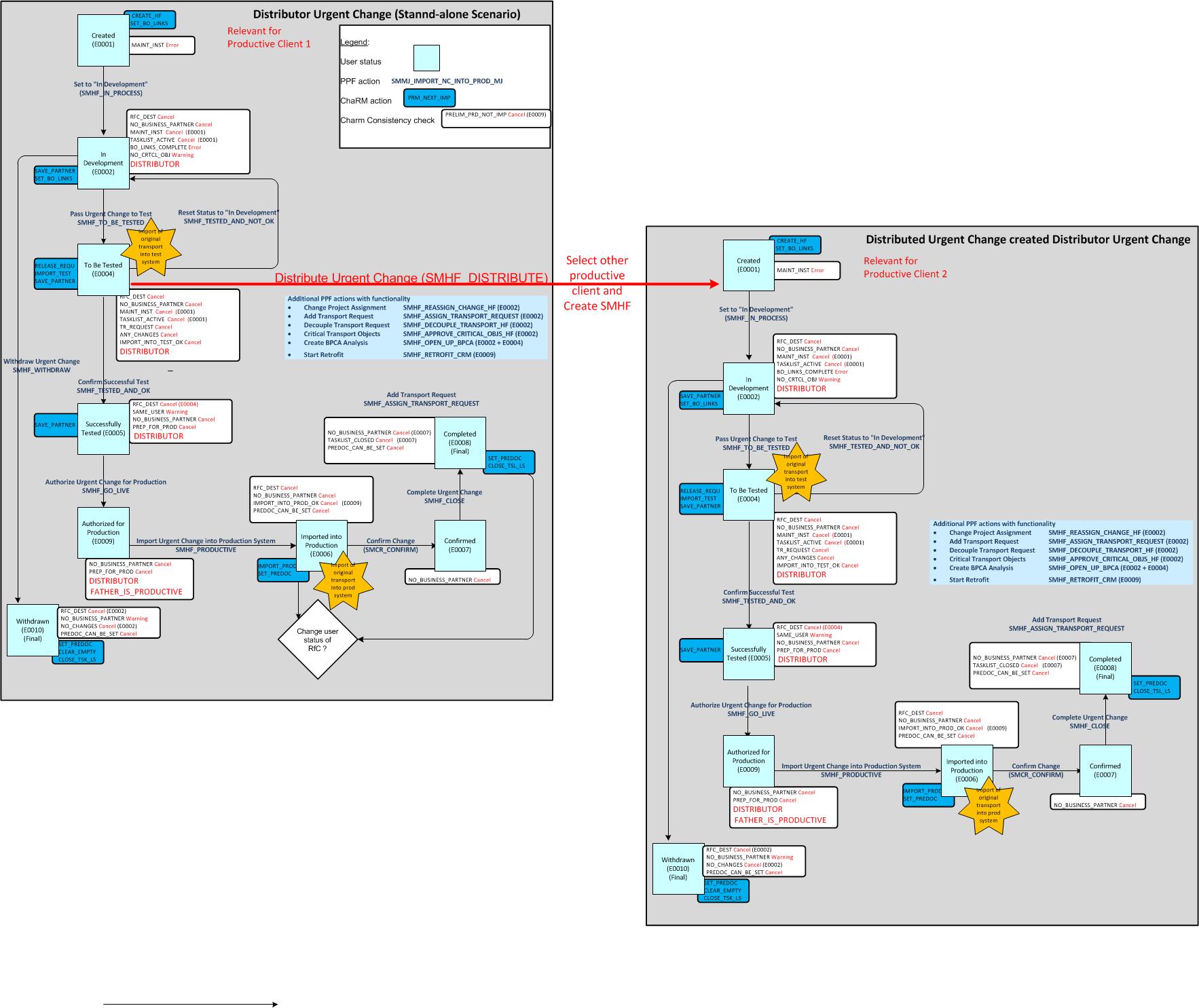 This overview shows you the normal scenario with the Request for Change: 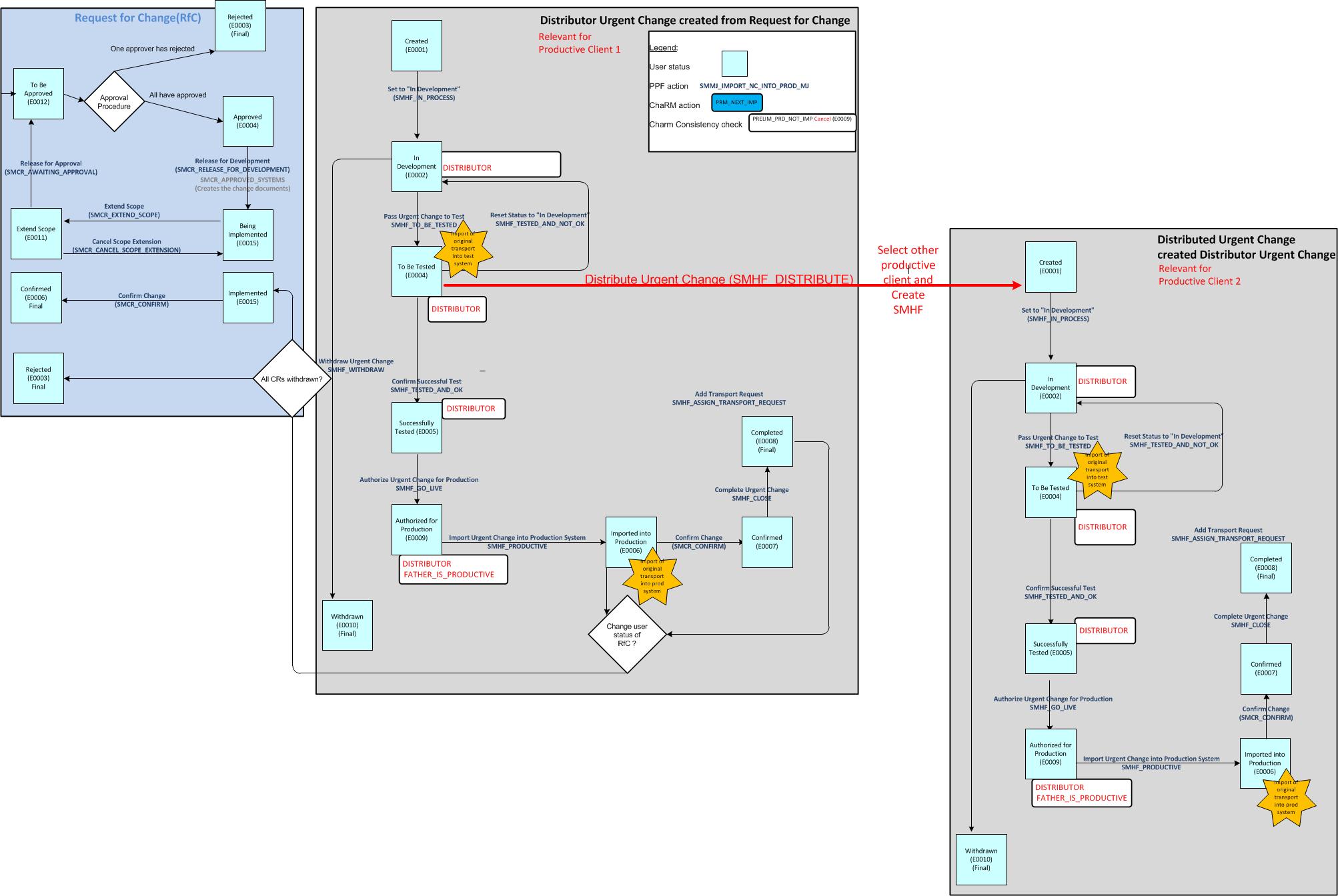 And last but not least, the process with customized Change Request Management actions and conditions. There is actually nothing additionally to customze, this is just for the overview: 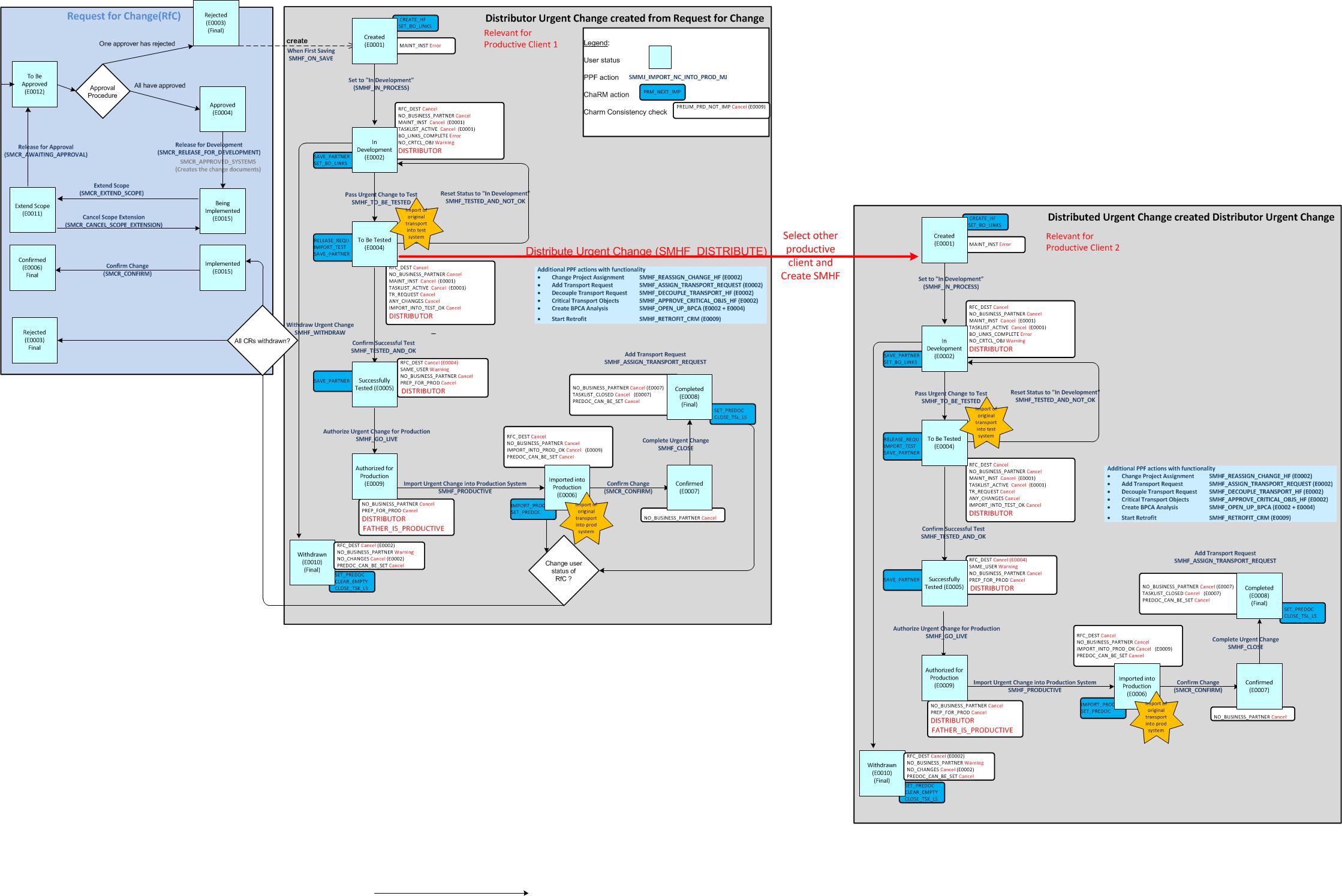 How to activate it in SAP Standard.

The functionality is not active per default. It’s delivered as an inactive PPF action SMHF_DISTRIBUTE. Go to the PPF action customizing and set the PPF action active in action profile SMHF_ACTIONS. Then it should be possible in user status ‘Tested Successfully’ to choose action ‘Distribute Urgent Change’ 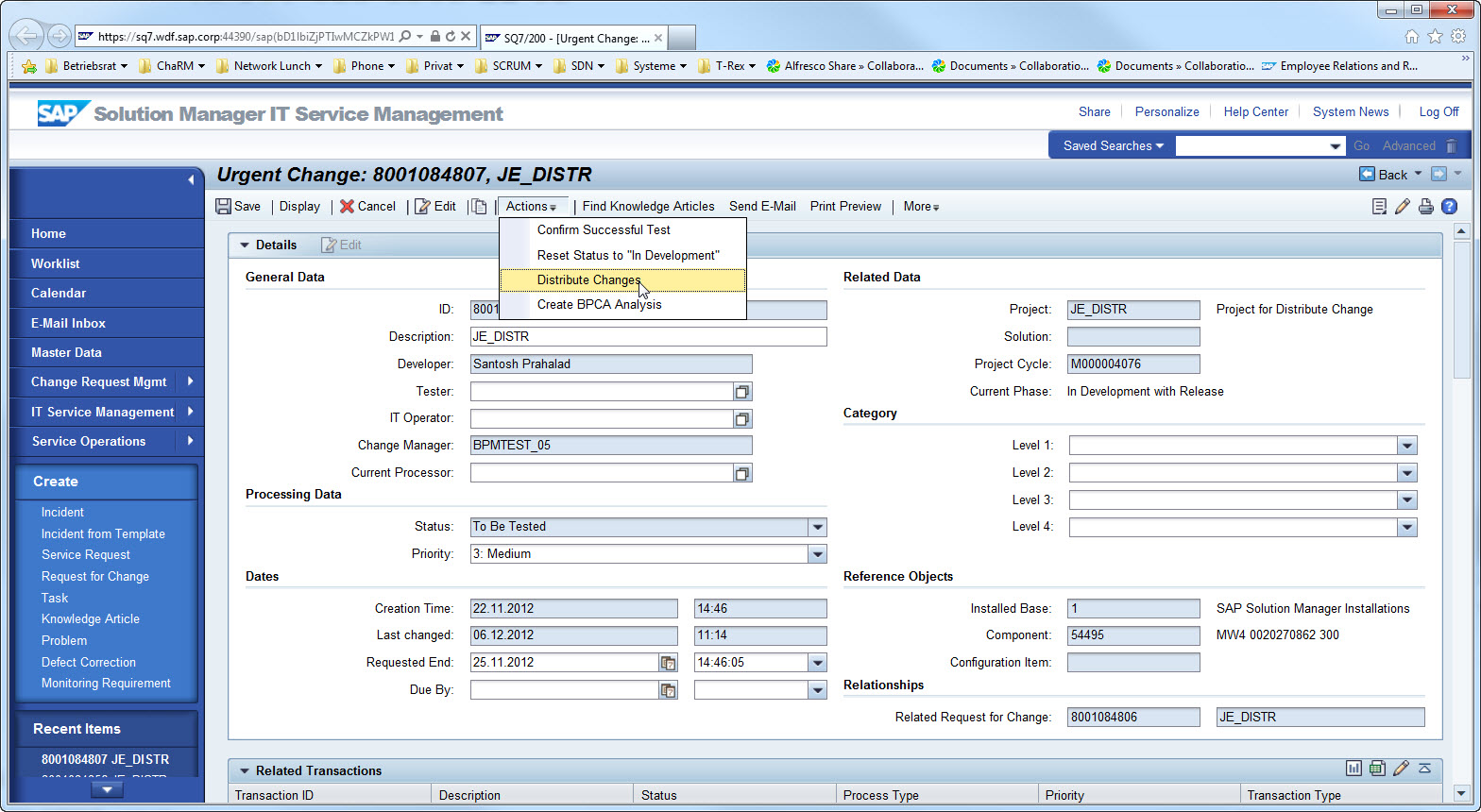 After saving, a dialog window should come up with the relevant selectable productive systems listed. 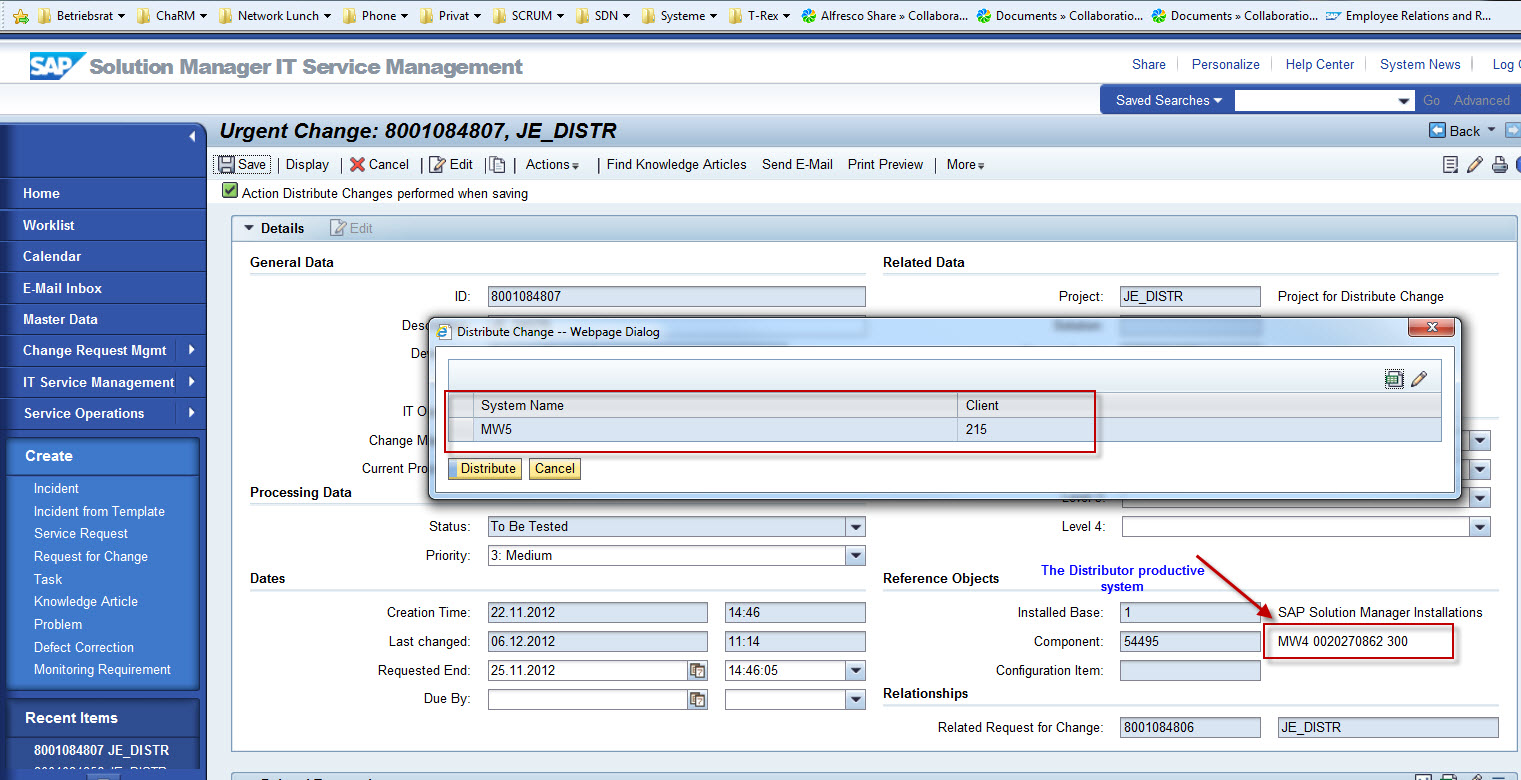 If you choose a another system the system generates a further (distributed) urgent change which has the iBase of the productive system chosen. 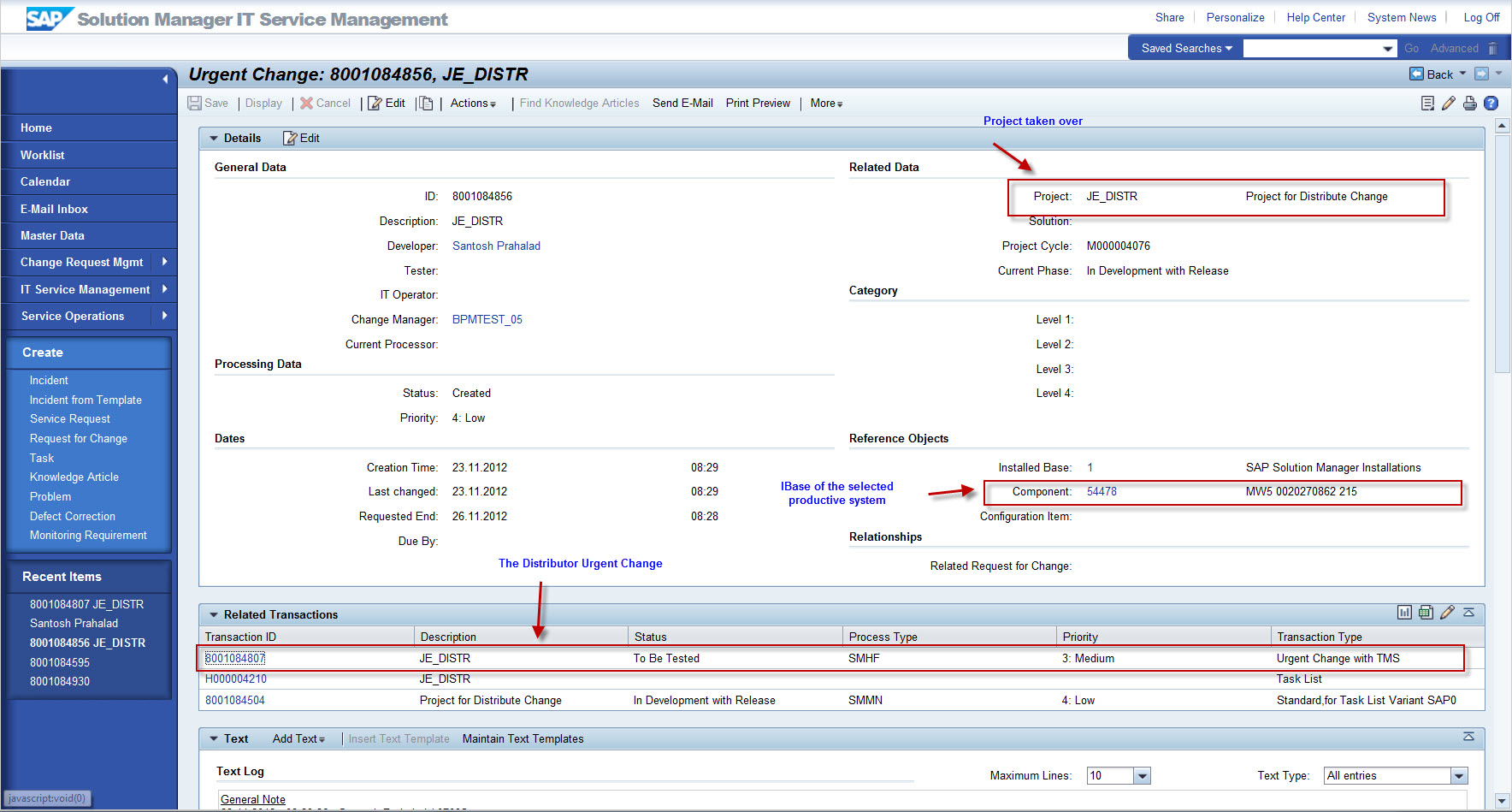 How to get it in the customer namespace:

Customers already using a customer Urgent Change have to customized the functionality anew. I refer to the online documenatation which describes how to do that.

If you create additional transport requests in the distributed Urgent Change, they are not taken into account in the Distributor Urgent Change.

If you go back to ‘In Development’ with the Distributor Urgent Change and then create additional transport requests, these are synchronized with the distributed Urgent Change.

So, the Distributor and distributed Urgent Change transport the same transport into different productive systems.

At this time, it is not possible to change the project assignment of an urgent change who is a distributor or distributed urgent change.

thanks for sharing this functionality so detailed. Good to know it's back. SP8 will be released in the middle of February, right?